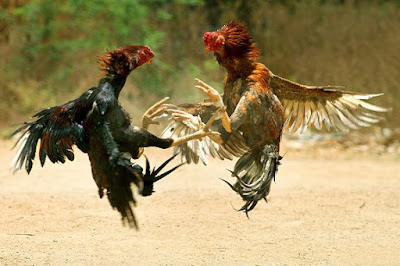 Archaeology seems to reveal that people tamed chickens as pets, or for cockfighting and other rituals, rather than for food. Consider:


In an excavation of a village in Austria, where people lived in the early Middle Ages, around the sixth to eighth centuries, archaeologists found people buried with their chickens and other goods. The cockerels were buried with men and the hens with women. And the cocks buried with the high-status men had longer fighting spurs than the chickens buried with poorer men.

The earliest evidence for domesticated chickens is thousands of years older than the first evidence of chickens being raised for food. 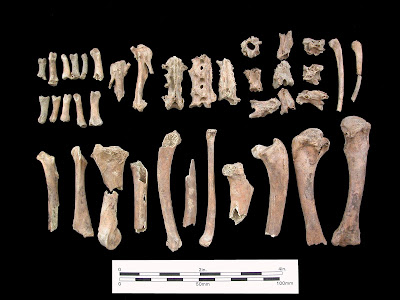 Speaking of chickens, one of the most interesting things I have ever dug up was a complete headless chicken buried in a pit at the Bruin slave jail in Alexandria, Virginia around 1850, almost certainly an act of black magic.
Posted by John at 8:21 AM

People certainly ate chicken eggs in the ancient world. They also sometimes ate chicken. But it seems that raising chickens specifically as a food source, either eggs or meat, came later.

One way archaeologists know this is from the age of chicken skeletons. When people raise animals for meat they kill them at particular ages, usually just when they reach adult size. So most of the pig bones I have found on colonial farms are from "shoats," that is, yearlings. Nobody has found chicken bones with this pattern before the Middle Ages. As for eggs, egg shell lasts pretty much forever in alkaline soil, although it gets broken into smaller and smaller pieces, and again they aren't particularly common before the Middle Ages.