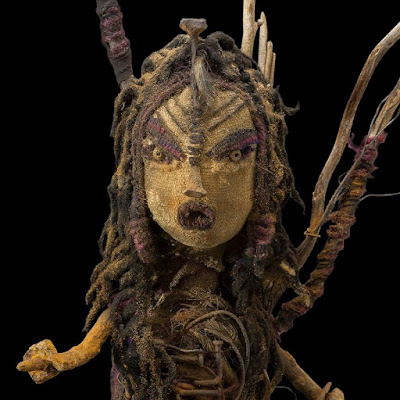 Sylvaine and Ghyslaine Staelens are two self-taught French artists, born 1960 and 1968. In 1996 they moved to an old house in a rural part of the Auvergne. There they explore the countryside around ancient volcanoes and find the materials for their figures. 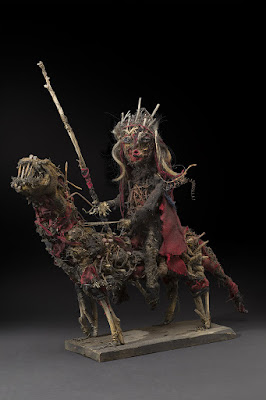 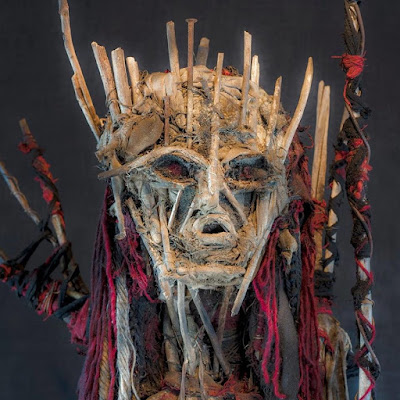 They have recently been promoted by the Cavin-Morris Gallery in New York, experts in outsider art. 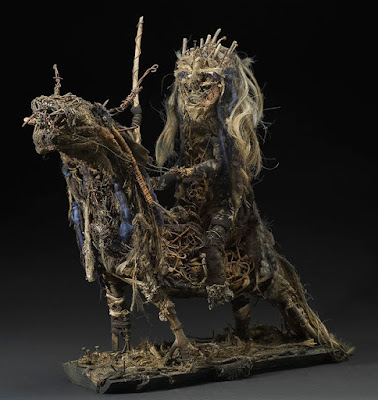 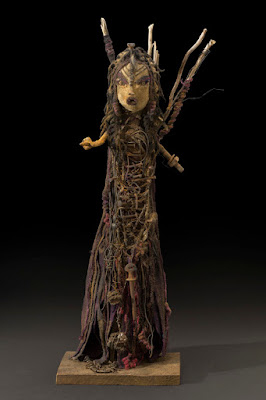 These are all recent works, from 2014 and 2015. The riders are all called "Cavaliers," and most of the others are just called "Personages." 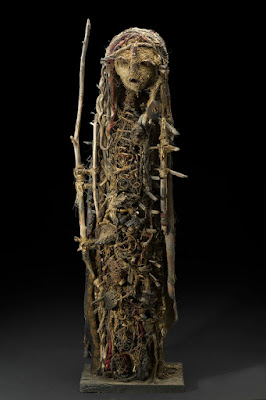 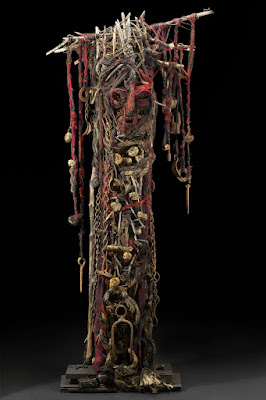 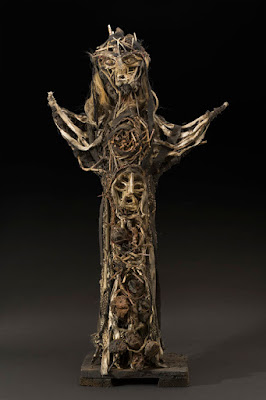 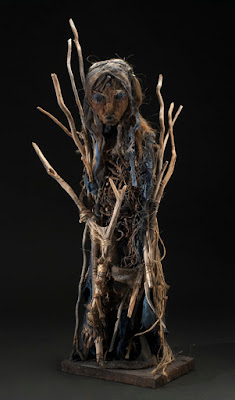 And one more Personnage. I think these are quite cool.
Posted by John at 7:25 AM