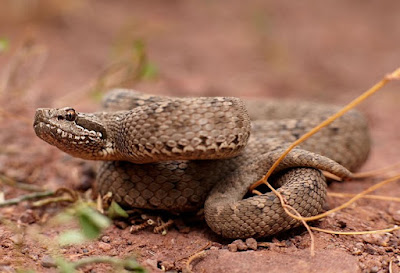 Gloydius rickmersi, a small, high-altitude pit viper discovered in the mountains of Kyrgyzstan. 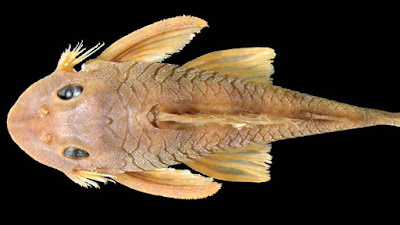 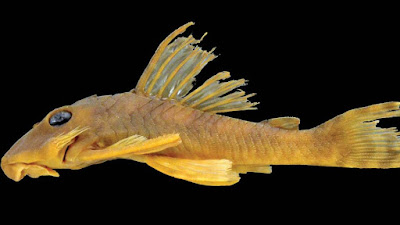 Peckoltia greedoi, a species of catfish discovered in Brazil and named after the Star Wars character Greedo. 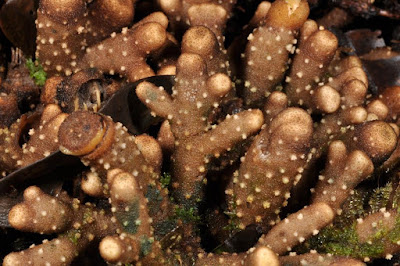 No, that's not some strange undersea life form, it's a parasitic plant from the Philippines called Balanophora coralliformis. (Coralliformis would mean "shaped like coral.) 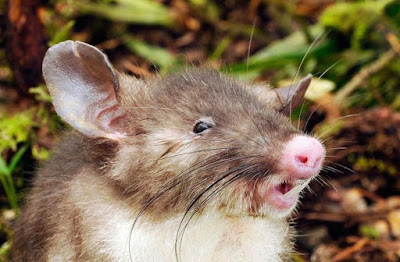 The hog-nosed rat, Hyorhinomys stuempkei, from the Indonesian island of Sulawesi. 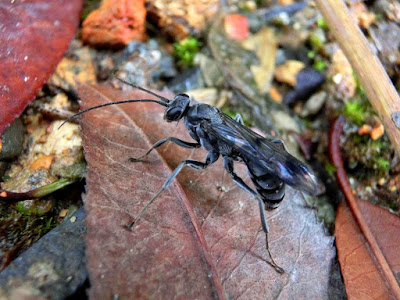 
Deuteragenia ossarium is serious about protecting its young: it crams as many as 13 dead ants deep into the top of the subterranean nest where its offspring are growing. The dead ants emit volatile chemicals that deter would-be predators from munching on the children. The wasp is found in eastern China's Gutianshan National Nature Reserve.

Phyllopteryx dewysea, the Ruby Sea Dragon, only the third species of sea dragon to be described and the first new one in 150 years. 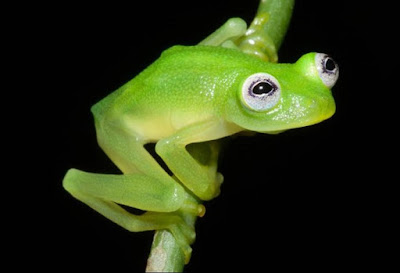 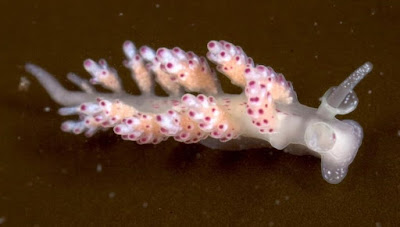 Doto africoronata, one of several new species of sea slugs. 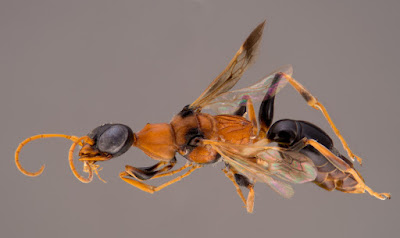 The dementor wasp, Ampulex dementor, one of the species that paralyzes its prey so they can be eaten alive by baby wasps. 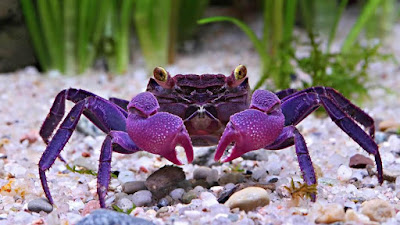 The vampire crab, which is actually two new species:


This vibrantly colored crustacean was found being sold in exotic pet shops in Europe, with their original whereabouts initially unknown. After doing some investigative research, crab expert Christian Lukhaup was able to trace their origins back to Java, Indonesia, and met with the people who were collecting the crabs on the beach. After meeting these individuals, Lukhaup was given access to the specimens and then reviewed his findings with Peter Ng, a biology professor at the National University of Singapore. Two new species, Geosesarma dennerle and Geosesarma hagen, were named this year. 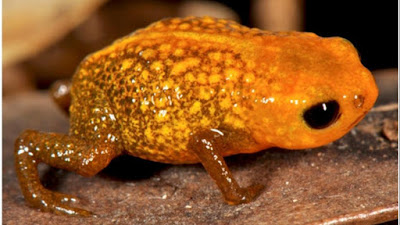 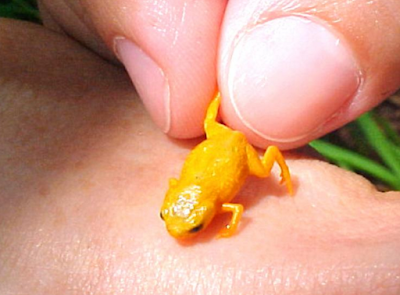 Meanwhile Brazilian scientists announced the discovery of seven new species of miniature frogs, all from the genus Brachycephalus, and said they had more they needed more time to describe. 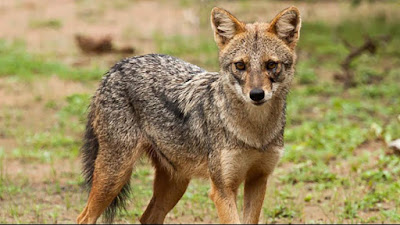 In the category of animals that have long been known, but were not known to be their own species, we have the African golden wolf, Canis aureus naria. These were thought to be a variant of golden jackals until DNA analysis showed them to be quite distinct. 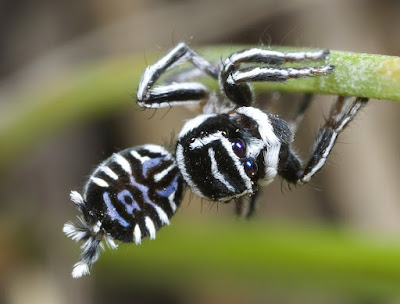 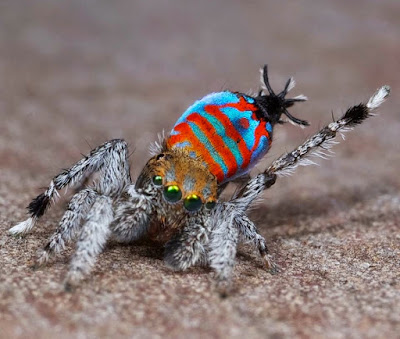 And of course the two wonderful new species of peacock spiders I wrote about back in March, Skeletorus (Maratus sceletus) and Sparklemuffin (Maratus jactatus).
Posted by John at 10:07 AM