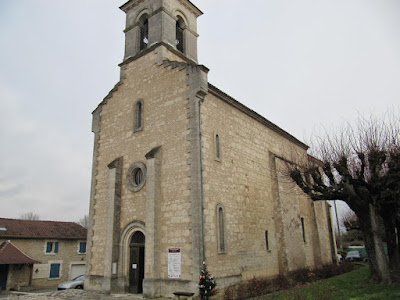 One day in the spring of 1999, a bit of white plaster flaked off the ceiling of the small church in Saint-Méard-de-Drône, France. It revealed a painted figure, perhaps an angel. A survey of the church by a firm of art restorers was then commissioned. By prying off tiny pieces of plaster in various locations the restorers discovered that most of the church had been painted, and that more than 300 square meters (3200 square feet) of the medieval frescoes seemed to survive underneath several layers of whitewash. 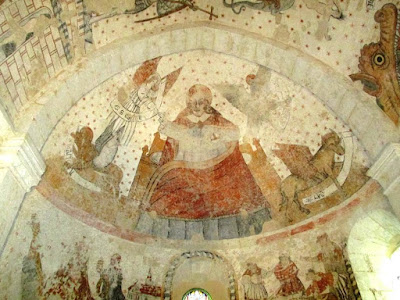 A program of fundraising and restoration then began, now reaching its conclusion. The frescoes date to the fourteenth century. 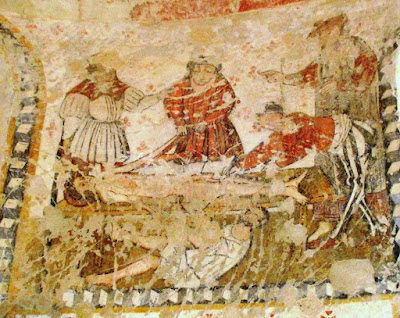 Those on the lower level were badly damaged by Calvinist iconoclasts, probably in 1562 after a massacre of Protestants at Wassy on March 1. It seems that the whole church was then whitewashed by a Protestant congregation, the sculptures removed and smashed or burned. The Protestants remained in charge of the church for only a short time, but the Catholics never tried to remove the whitewash or repaint the walls. Thus the attempted iconoclasm actually preserved much of the painting for us to rediscover in modern times. 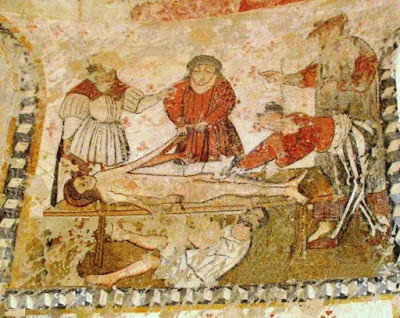 The restorers have made digital restorations of some of the slashed lower panels, like this one of the scene of St. Bartholomew's martyrdom shown above. This is a standard scene known from many medieval examples. In fact this is true of all the frescoes at St. Méard, all of which are fourteenth-century commonplaces. This may make them less interesting as art but they are very valuable for social and religious history, showing that the images so well known from illuminated manuscripts were also used in church frescoes and other sorts of art that common people would see. 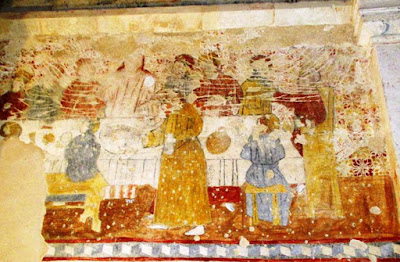 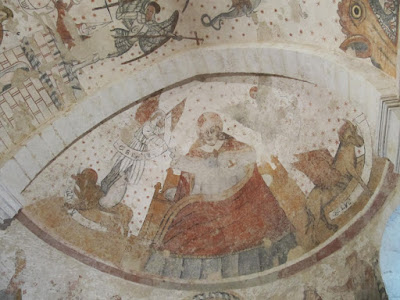 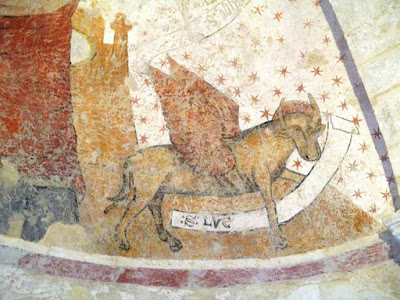 The paintings on the ceiling, beyond the reach of the enraged iconoclasts, are much better preserved. The main scene in the apse shows Christ in majesty, surrounded by the symbols of the four evangelists. 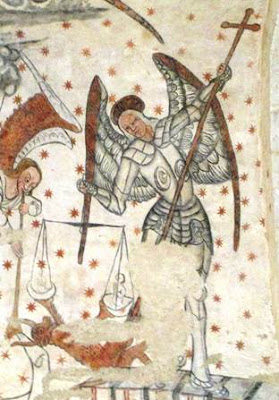 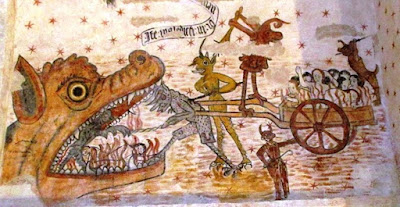 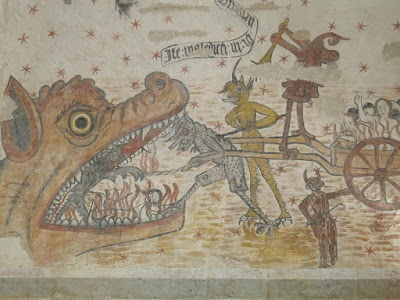 The condemned are herded into the mouth of Hell. 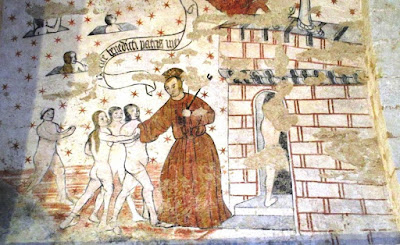 And the saved are welcomed into paradise. 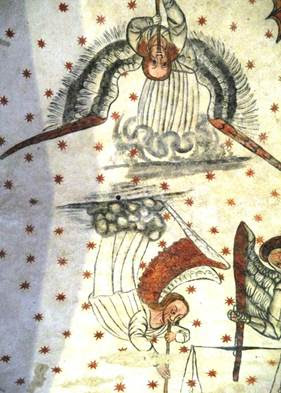 Angels and a dragon preside. 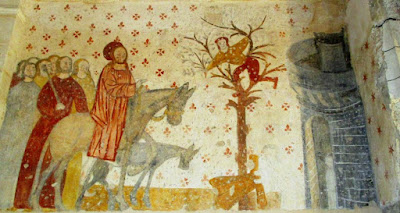 Opinions differ about this image, but it may be Christ entering Jerusalem. 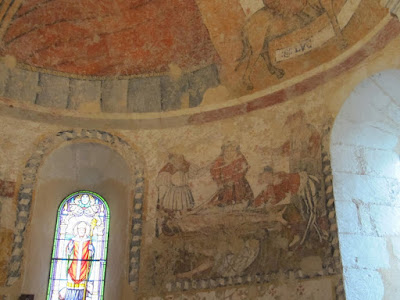 I love discoveries like this. Sometimes it seems like the body of knowledge we have about the past is fixed, and everything that can be said about it has already been said. But really new wonders are uncovered all the time.

This photo and the one are below are by Juliana Lees, my favorite photographer of medieval monuments. Wikipedia has more. 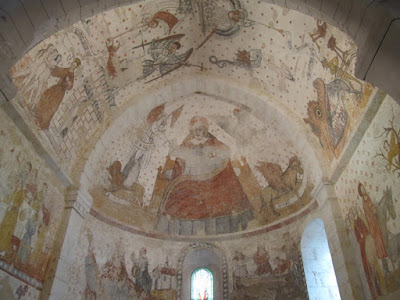