It All Comes Down to the Grid 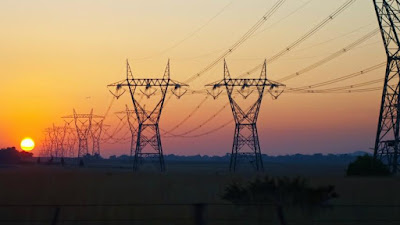 As I have mentioned before, power experts have long thought that the key to weaning the U.S. off fossil fuels is a better electric grid. The wind power is on the plains or out at sea, the sun is in the southwest, and most of the people are somewhere else. To tap the wind potential of the plains, in particular, we need a vastly improved power infrastructure. Not only that, but according to a new paper in Nature Climate Change, a better grid would relieve us of most of the need for energy storage; it's always windy somewhere.

The problem, of course, is that nobody wants to live next to a high-voltage power line, and people fight like mad to keep them out of their neighborhoods. Of all the power line projects I have been involved with over the years, only about half have been built. But that is changing. Backed by Congress and the last three presidents, FERC, the federal agency that overseas interstate power lines, has been pushing much more aggressively to complete new projects. Even the National Park
Service has had to allow major new lines across parks. So the better grid is already taking shape. (This is a good example of the things that proceed by government inertia across several administrations and changes of control in Congress, regardless of election results; a lot of the federal government is actually like that.)

Another thing about the new Nature paper is that the author argues for a new generation of super-high voltage lines, using direct current. This is an old argument going back to Edison and Tesla and the first long-distance power transmissions. Tesla wanted to use extremely high voltages, but he was unable to make that work with the technology of the time. On the other hand  he always supported alternating current, as against Edison's DC system. So technological fashion has shifted over the years. But at any rate it seems that we could do better than the existing systems if we really cared.
Posted by John at 8:22 AM

Direct Current is finally useful for something? Well I'll be.