Today's Place to Daydream about: Jodhpur 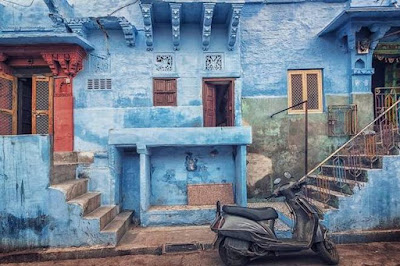 Jodhpur is a city of about a million people in Rajasthan, western India, famous for its wealth of monuments dating to the 15th through 19th centuries. 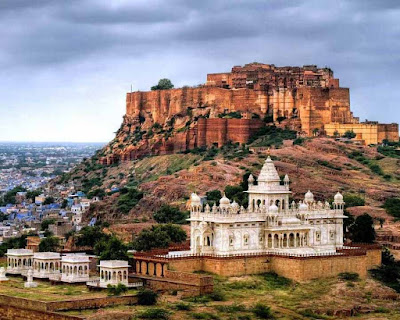 Four hundred feet above the city looms the great fort called Mehrangarh, built around 1459 by Rao Jodha, one of the many, many kings who ruled in this dry land. The name Rajasthan, Land of Kings, dates only to the nineteenth century; before that it was sometimes called Rajputana. This desert district was long fought over by rival empires in India, Afghanistan, and Persia, and became famous for the skill of its cavalrymen. In the 9th century one clan of horsemen, the Rajputs, conquered the region and founded an independent kingdom. They remained more or less independent for centuries but had the habit of dividing their lands among their many sons, who they fought each other. The land thus kept coming apart and being put back together by an impossible complex line of competing dynasties, all claiming descent from the same founders. 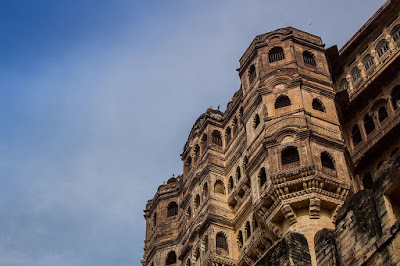 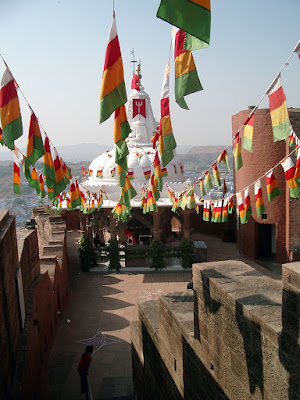 In the sixteenth century they came into conflict with the rising Mughal Empire and most of the rajas eventually submitted, although some of the more remote places continued to assert their independence. These days the Hindus and Sikhs of Rajasthan talk much about their resistance to Muslim invasion, but historians argue about how much the religious conflict mattered in the past. The kings of Rajasthan got along famously with the British, who mostly left them alone to rule their own principalities. 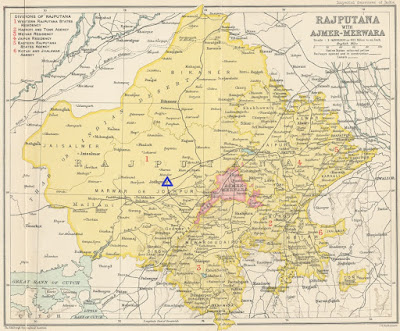 Jodhpur sits along the border between western Rajasthan, which is the Thar Desert, and less arid eastern Rajasthan, crossed by a couple of large rivers. The rainfall at Jodhpur is famously irregular, and in recent history has varied from 24 mm to 1178 mm in a year (0.9 to 46 inches). 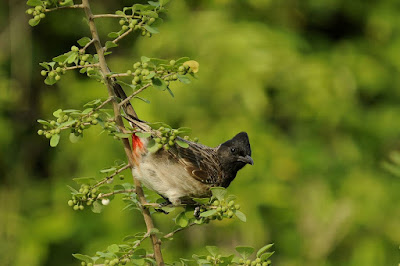 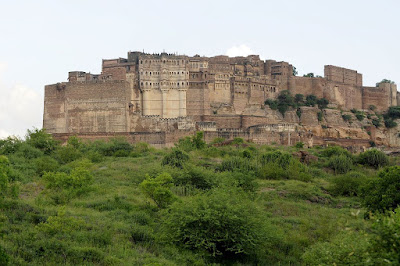 On one side of Mehrangarh Fort is the Rao Jodha Desert Rock Park, 180 acres (72 hectares) of native vegetation and animals, with miles of hiking trails. But plan on going in early morning or evening -- this is the desert, remember, and it is very hot for most of the year. 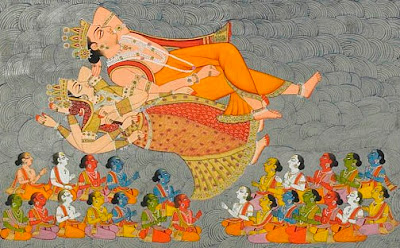 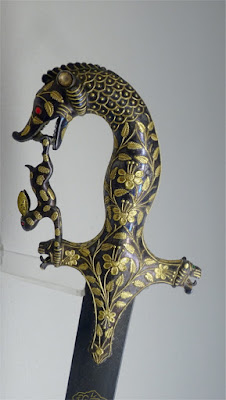 The museum in the Mehrangarh fort is famous for its collection of Rajput art and artifacts, with an especially fine array of arms and armor. They display swords they say belonged to Akbar the Great and Tamerlane, and although I have my doubts the weapons are magnificent. That only scratches the surface of what they have, though; they have a whole museum just devoted to royal palanquins. 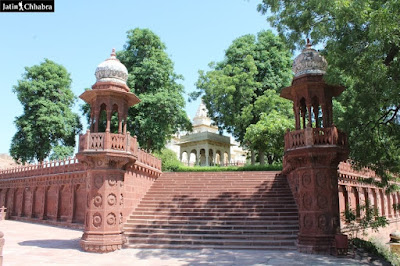 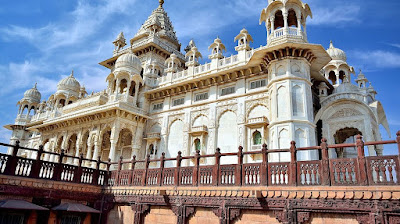 In this same general area is another famous monument, the Jaswant Thada. This crematorium was built Maharaja Sardar Singh of Jodhpur State in 1899 in memory of his father. 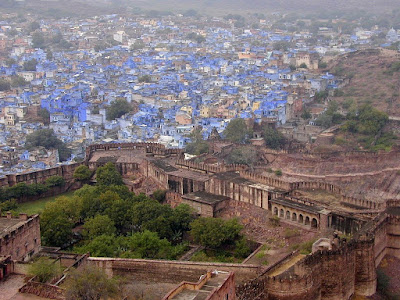 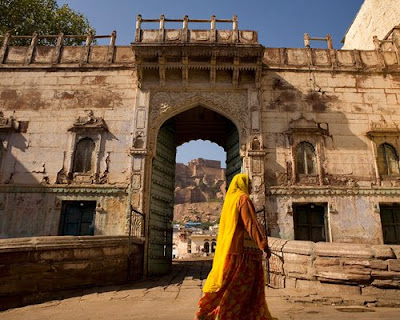 The old city is still surrounded by a great wall with seven gates. Within the walls is a warren of narrow streets that braver tourists love the explore and then write about it on their blogs. 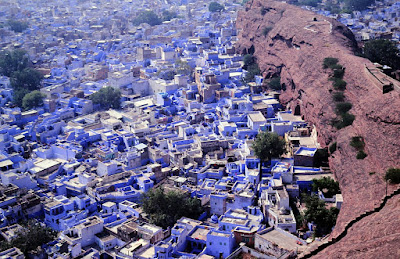 This district is sometimes called the Blue City, for reasons you can see. 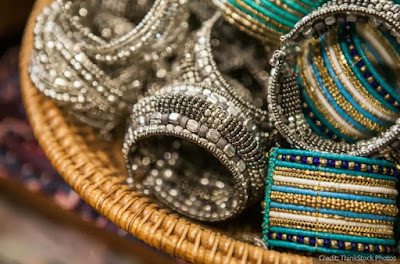 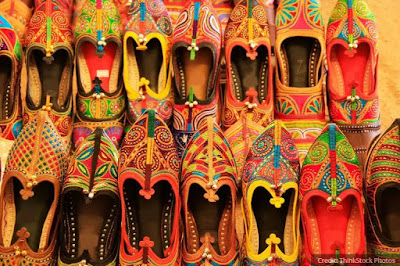 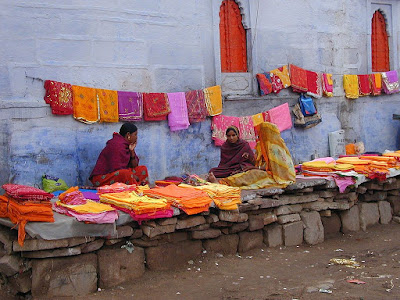 The city has long been famous for its handicrafts and has several markets where you can buy things made in these streets: clothes, shoes, jewelry, even reproductions of Akhbar's sword. 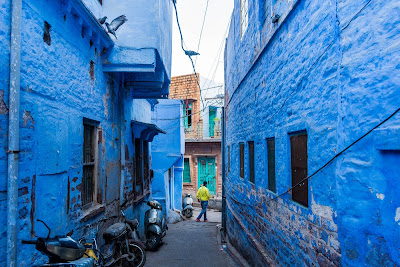 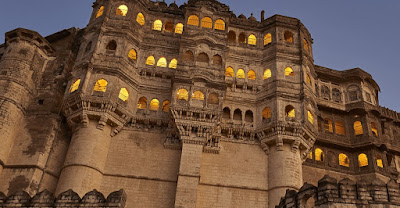