The Genes of Viking-Age Iceland 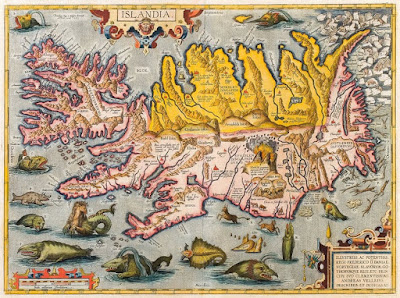 Studies of the DNA of modern Icelanders show that they are a mix of Scandinavians and people from the British Isles, and also that the sources are skewed by sex:

This matches up perfectly with the sagas, which are full of Irish slave women. But experience shows that studies based on modern DNA can be a faulty guide to the past, so this is not unimpeachable evidence about the actual settlement. 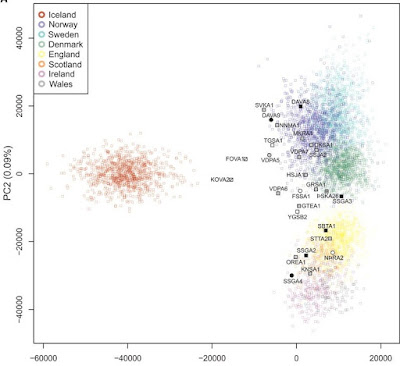 In 2018 Sunna Ebenesersdóttir and colleagues published 27 genomes of varying quality from Iceland, all dating to between 900 and 1150 AD. These included people who seemed to be entirely Norse, others who were entirely Celtic, and still others who were a mix of the two, generally confirming the picture from modern DNA. On the graph, squares are male and circles are female, solid color indicates pre-Christian migrants, shading is pre-Christian non-migrant, and fully open is post Christian. (Ireland converted to Christianity in AD 1000.)

More recently the Eurogenes blogger has taken a look at the five highest quality samples and got the results shown above. The big surprise here is the presence of people who look Swedish rather than Norwegian. I am not sure what to make of this, because the written sources having nothing to say about Swedish Vikings in Britain or Ireland. Does it represent movement back and forth between Sweden and Norway, so that some people who came to Ireland from Norway were ethnically Swedish? Or did news about the land to be had for the taking in Ireland reach noble families in Sweden and inspire some of them to load up a ship and make the voyage? Interesting either way.
Posted by John at 1:14 PM