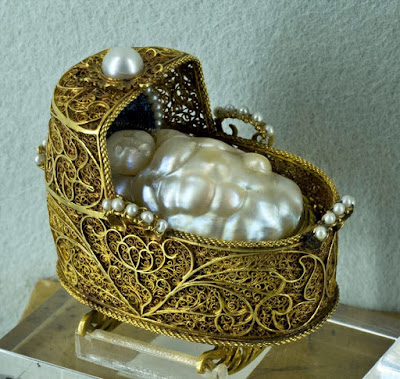 Some pearls are round, but others are not. I don't know what happens to big, strangely shaped pearls these days, but in old Europe they were made into luxury figurines and jewelry. Above is a baby figurine made from a lumpy pearl for Anna Maria Luisa de’ Medici in 1695. In the Palazzo Pitti, Florence. 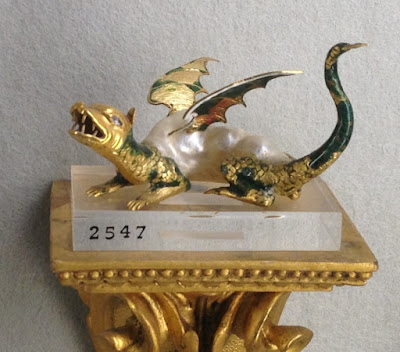 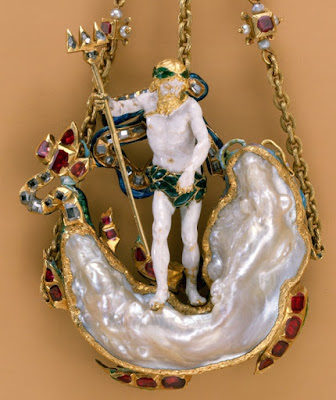 Pendant showing Neptune riding a sea monster, early 17th century. In the Met, which has several of these. I suspect one of their big Gilded Age donors must have collected them. 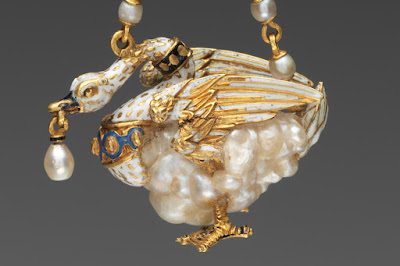 Pendant in the form of a swan, 16th century. In the Met. 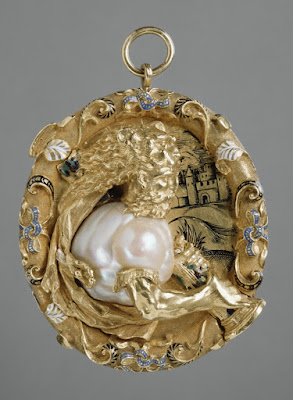 Hercules raising the pillars, 16th century. The choice of image suggests this was made for a man, quite likely Francis I. In the Getty. 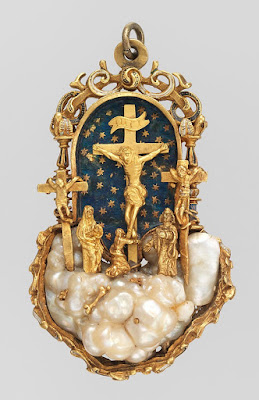 Crucifixion, 16th century. In the Met. 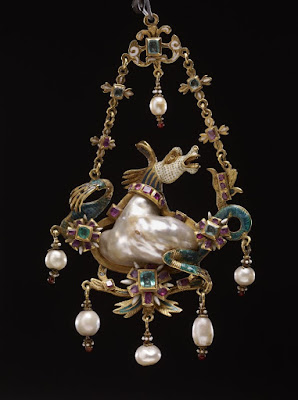 Hippocampus, 16th century, once belonged to the Rothschilds, now in the British Museum. 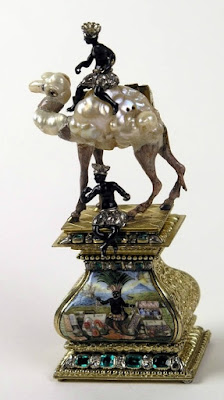 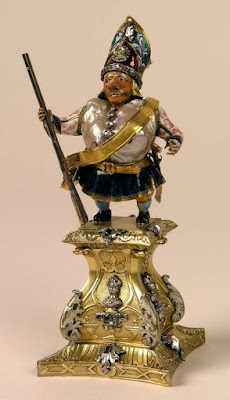 Camel and dwarf, early 18th century, part of a large collection of these in Dresden. 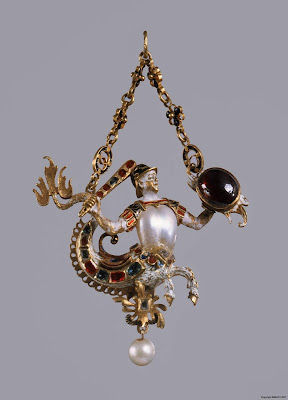