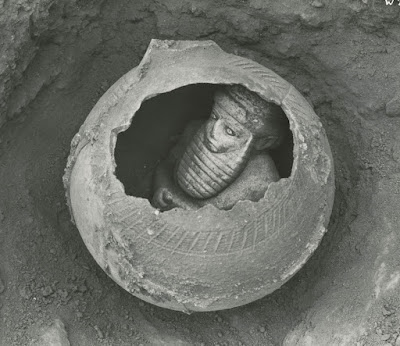 Brief video explaining NASA's Artemis program to return to the Moon. Personally I have a "been there, done that" attitude toward the Moon, but NASA insists this is the way to get to Mars.

List of the twelve best social science studies of the 2010s, with summaries. Recommended.

Louisiana Church Filled a Plane With Holy Water and Blessed a Whole Community.

Pictures of Nagoro, the nearly abandoned Japanese village where a resident has made dolls to replace the missing people. Wikipedia article here.

The many symbolic uses of French roundabouts: “Roundabouts have become the focal point that symbolizes, to the point of caricature, everything else’s flaws.”

British Museum blog post with many images from their big exhibit on the Myth of the Trojan War.

A roundup of 2019's most amusing scathing book reviews.

An interesting look at polarization in the US: not so much ideological as emotional.
Posted by John at 10:44 AM

And isn't being happy what we all hope for?