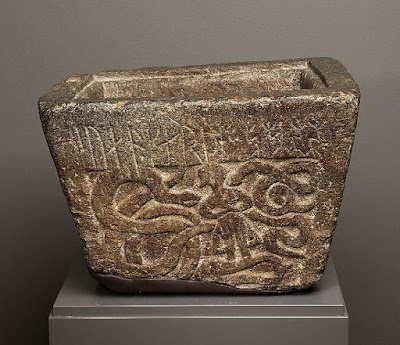 Tech writer Gwern's list of open questions, from "Would adding lithium to the drinking water make us happier?" to "Why does the catnip response vary so much?" to "Why furries?" I recommend skipping the math section at the beginning; it isn't all like that.

The number of people in the Arab world who identify as "not religious" is rapidly increasing, to more than 40% in a recent survey of Tunisia and 35% in in Libya.

The NY Times looks at all the ways Amazon operates in Baltimore.

Being first isn't everything: scientists who publish major findings second still end up with substantial recognition.

The Optometry Racket. (Americans have to see an optometrist and get a prescription to get a new pair of glasses or contacts, whereas many Europeans can buy them from vending machines.)

"The Tribunal’s members are certain – unanimously, and sure beyond reasonable doubt – that in China forced organ harvesting from prisoners of conscience has been practiced for a substantial period of time involving a very substantial number of victims." Report here.

Faith and digital technology: the rosary that logs how often it is used and other wonders.

Long review by a Libertarian ideologue of a book about China's Cultural Revolution that blames everything on Maoist ideology. Interesting but, I think it over-emphasized ideology as opposed to old-fashioned narcissism and struggles for power.

Atomic gardening was the practice of placing plants around a gamma ray source and seeing if this produced beneficial mutations; among others, Ruby Red grapefruit was created this way. "Atoms for peace," as they said.

Ross Douthat reviews the ideology of marriage from the 1960s to the present.

I don't really recommend this article, but I wanted to note its conclusion: a century of neuroscience has produced zero progress in explaining consciousness.

Ancient Egyptians left millions of mummified ibises as temple offerings. Where did they get them?

Scholarly paper arguing that Justinian's Plague (c 541-545 AD) was not a catastrophic event on par with the Black Death of 1348-1349. My own impression is that nobody ever found the direct evidence for a disastrous plague very convincing, but it was played up as a possible explanation for the undoubted population decline in parts of the Empire. The problem, as this paper makes clear, is that the best evidence for population decline is mostly from remote areas like Wales and northern Greece, while the most urbanized areas (Syria, Egypt) suffered least, hardly what you would expect from disease.
Posted by John at 8:55 AM

Tech writer Gwern's list of open questions, from "Would adding lithium to the drinking water make us happier?"

Even if technically yes, the practical answer is no, because as I understand it we're already straining lithium supplies just with modern battery demand. Again, as I understand it, similar to hydrogen and helium, lithium is one of those cosmically abundant elements that isn't so abundant (or at least accessible) terrestrially speaking, and while it can be synthesized, it's not simple or cheap.