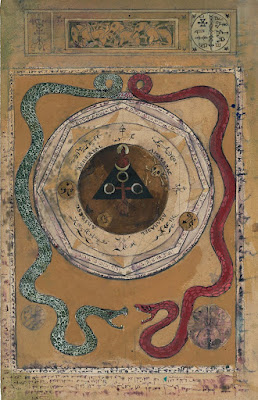 Leigh McCloskey is a former television actor turned esoteric author and artist who lives in a "Malibu dream house" and publishes on kabbalah, theosophy, and the like. He has designed a set of tarot cards and created several books of images intended to convey spiritual guidance in artistic form. 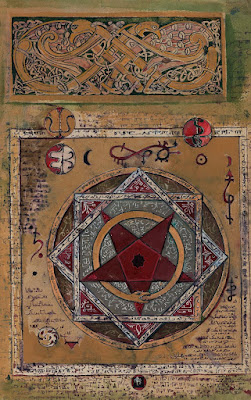 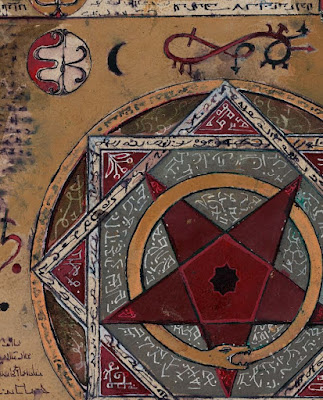 These images are from a work simply called Grimoire. According to McCloskey's web site


Grimoire was originally created for his friend the director E.Elias Merhige and his film Shadow of the Vampire with Willam Defore and John Malkovitch. The Grimoire was not in the final edit of the film and through a rather magical course of creative connectivity ended up being used by the Rolling Stones on their Bigger Bang Tour instead. 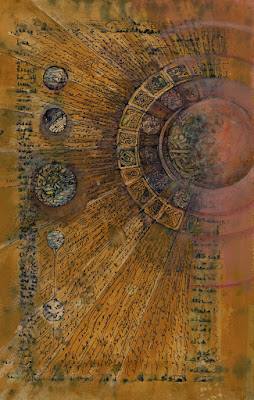 I found the page shown at the top on a tumblr of alchemical images and had to track it down. I was slightly disappointed to discover it was done in 2006 but it still looks amazing. 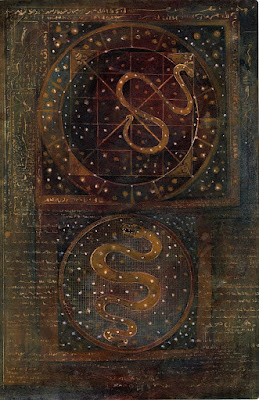