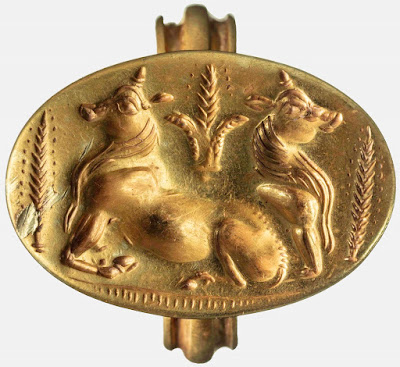 The same archaeologists who uncovered the spectacular "Tomb of the Griffin Warrior" in 2015 have announced the discovery of two more tombs nearby. The finds include another gold signet ring, this one depicting bulls and wheat. Depictions of grain are very rare in the Greek art of this period (c 1500 BC), making this ring doubly remarkable. 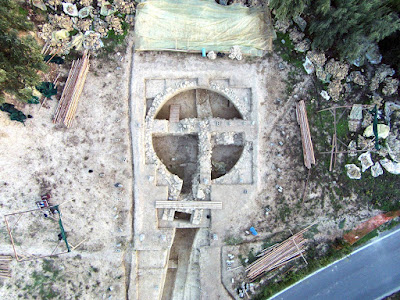 Overhead view of one of the tombs after excavation. 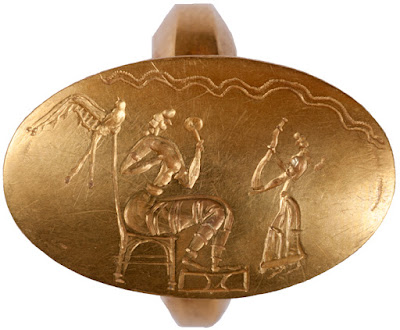 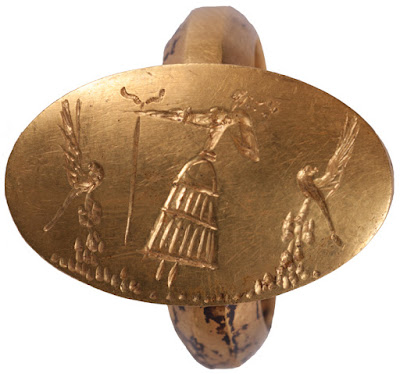 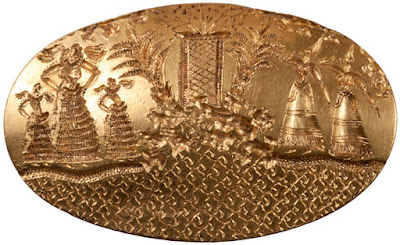 Meanwhile, finds from that first spectacular tomb continue to be published, including these rings, 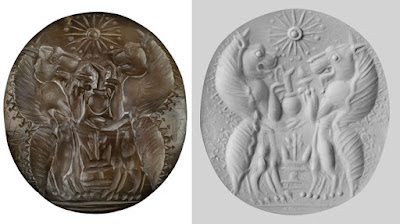 a stone seal with Babylonian demons, 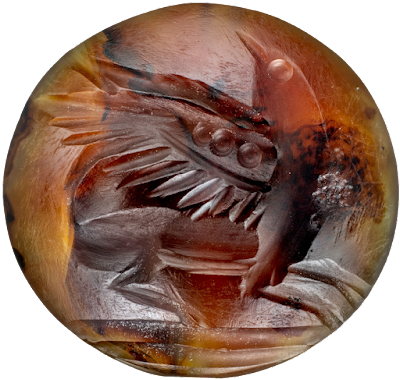 and this stone seal, with the griffin. More at the excavation web site.

But you know what I can't find a picture of anywhere? The "ivory plaque carved with griffins" for which the tomb was named. What's with that?
Posted by John at 6:50 PM