Ilija Bašičević (1895-1972) was a self-taught Serbian artist who made a splash in the 1960s. He was born in Šid, which was then part of the Austro-Hungarian Empire. He lived most of his life within the same Serbian district, but he fled from home to avoid the draft during World War I and again in World War II to avoid savage fighting between Serbian and Croatian paramilitaries. His parents were peasants and he worked for most of his life on a farm. So far as anybody knows he received only four years of elementary education. (The Tree from Eden, 1966) 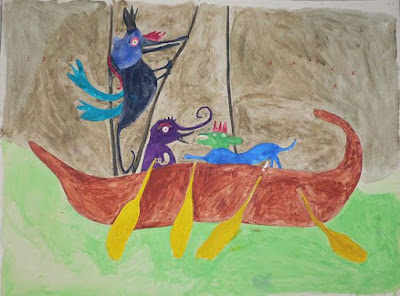 He seems to have had a strong contrary streak, the sort of cranky anti-government, anti-society, anti-conformity attitude you see in Alaskan homesteaders. In the 1950s he got in trouble for resisting the collectivization of Serbian agriculture and was jailed several times. (The Argonauts) 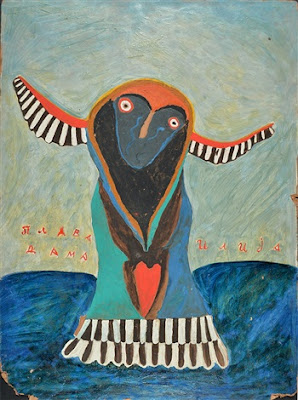 He started to paint in 1957 and had a solo show by 1963. His neo-primitivist images captured the imagination of the time. His subjects were largely Biblical, with some from Greek mythology and Serbian folklore. Because of his political stance he sometimes exhibited under the name Bosilj. (Blue Lady) 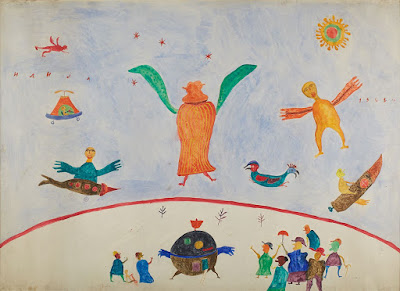 Interplanetary Travelers, 1962. I find these amusing and cheerful.