The Paradox of Rural Development 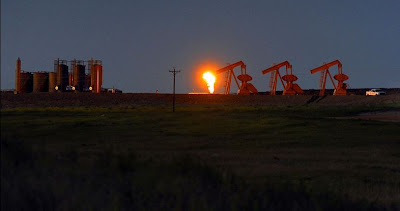 There are two kinds of rural areas: those that are emptying out because young people can't find jobs, and those that do have jobs and are in turmoil over the outsiders coming in to take them. Consider this story from North Dakota, in the midst of a minor oil boom:


Nelson and his family have leased out rights they do own, and his share of the royalties from four wells comes to about $8,000 a month. It’s a modest sum, he said, for the headaches that go with it. He’s squabbled with oil companies over drilling waste, a saltwater spill and decades-old storage tanks eaten away by chemicals. “I’d give it all back if I could for all the trouble it’s been,” said Nelson, 48.

Above all, he misses a time when people didn’t lock their doors and knew all their neighbors. “I don’t like what it’s done to our communities and lifestyle,” he said. “We had a good life, and now it’s gone forever, or at least for my lifetime.” 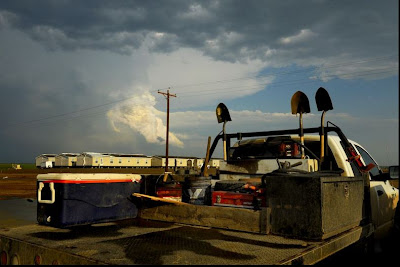 Yep. And the bigger picture:


While other states have barely held on through the recession, North Dakota’s boom has brought a windfall of state tax revenue and jobs; the state’s 3 percent unemployment rate is the lowest in the nation and conservatives tried — without success — to repeal the state property tax because of high oil tax receipts.

But the oil rush has also brought soaring home prices, makeshift camps for workers, overbooked hotels and an explosion of heavy truck traffic and crime. Towns are gritty and cheerless. Stacks of pipe lie along the roads, waiting to be buried.

I would make some crack about how you can't please everyone, but this is a real dilemma. Rural areas are pretty much by definition unprepared for an influx of people, and they are attached to old rhythms. But those rhythms promise long-term decline. The economic balancing act necessary to keep young people in the countryside, but not launch a destabilizing (and tacky) boom, is beyond us. So the choice for rural communities remains either slow death or rapid transformation.
Posted by John at 8:03 AM