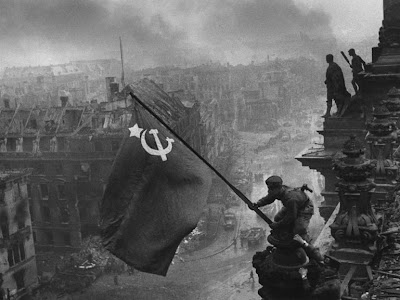 Max Hastings is the author of several books about World War II, including a highly regarded account of Churchill's wartime years. When his publisher convinced him to write a one-volume history of the war, he re-read his two favorite such books (by Weinberg and Calvocoressi et al.) and then set out to write a book that did something different. He decided to focus less on what happened in the war, especially the nitty-gritty of military operations, and more on what people thought about what was happening: "This is a book chiefly about human experience." The basic narrative of the campaigns is here, but instead of more detail about the fighting Hastings gives us a rich array of contemporary quotations from people involved. He also gives more space to rather obscure parts of the war, such as the defense of India against Japanese attack in 1942, and the Arctic convoys to Russia. I enjoyed it very much. If, like me, you have already read a stack of books about the war, you will probably enjoy it as well, because it really does tell a different story than any book I know.

Not all of the quotations Hastings dug up are interesting, but some are fascinating. The letters of German soldiers allow us to follow their thinking all through the invasion of Russia in 1941, from the heady early days ("The pitiful hordes on the other side are nothing but felons who are driven by alcohol and the threat of pistols at their heads . . . a bunch of arseholes") to the frozen end ("I thought, 'I am going to die here, 21 years old, in the snow before Moscow'"). I find the story of what people thought about events to as important a part of the history as what happened, and I enjoyed these very much. Some observations rise to a profound level, like this reaction of a German woman to watching the defeated Wehrmacht stream back into Germany in 1945:


These days I keep noticing how my feelings towards men . . . are changing. I feel sorry for them; they seem so miserable and powerless. The weaker sex. Deep down we women are eperiencing a kind of collective disappointment. The Nazi world -- ruled by men, glorifying the strong man -- is beginning to crumble, and with it the myth of Man.

Was the humiliation their men suffered in the war one reason why the next wave of feminism was led by Germans, French, Italians and Norwegians? Other passages simply remind us that events seemed different to those living through them than they do in hindsight

World War II was, as Hastings says, the most awful event in human history. The slaughter was so immense that it can be approached only through statistics, and Hastings has a good sample. The current thinking is that at least 60 million people died in the war and the associated massacres and famines, 27,000 people every day for five years. The Poles and the Yugoslavs suffered the highest proportional losses, followed by the Russians, who suffered the most casualties overall (at least 27 million, including 300,000 shot by the NKVD for cowardice, desertion, or "anti-soviet activity.") The Russians and the Germans did most of the fighting; I thought one of the most illuminating numbers Hastings offers is this one: of the 5 million German soldiers who died in the war, 4.5 million were killed by the Russians.

Hastings has thought long about the war and read a staggering amount about it, and he has many interesting things to say. One of my favorites was this observation, made about Pearl Harbor and its aftermath:


It was a conspicuous feature of the war that again and again, dramatic changes of circumstance unmanned the victims of assault. The British and French in May 1940, the Russians in June 1941, even the Germans in Normandy in June 1944, had every reason to anticipate enemy action, yet responded inadequately when this came.

The fury of a modern military assault did indeed unman most combatants, especially the first time they were attacked. The Japanese forces that easily overran Malaya and the Philippines were outnumbered by the defenders, as were the Germans who attacked Russia. But as long as the attackers moved with enough speed and aggression, the minds of the defenders simply could not keep pace with the fury of lightning war. Of all the combatants, only the Finns in 1940 responded well from the first time they were attacked. All the others took years to adapt to twentieth-century combat.

Inferno is a terrific book, and I recommend it to anyone interested in the war, whether it would be your hundredth World War II book or your first.
Posted by John at 5:23 PM