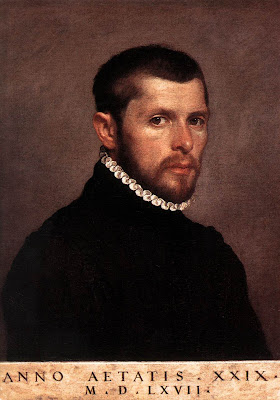 Giovanni Battista Moroni (ca. 1520-1578) was a painter from the region of Bergamo, in the foothills of the Italian Alps. Long dismissed as a "mere portraitist" by top rank of art critics, he seems to be in vogue lately, with several major shows and publications over the past decade. I find the quality of his work uneven but I love some of it, including all the pictures shown here. Above, Portrait of a 29-Year-Old Man, 1567. 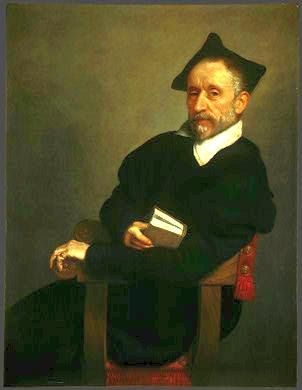 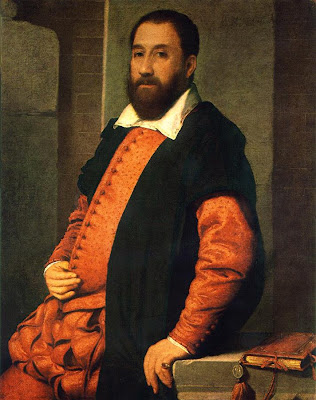 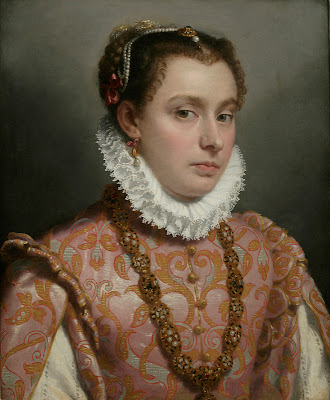 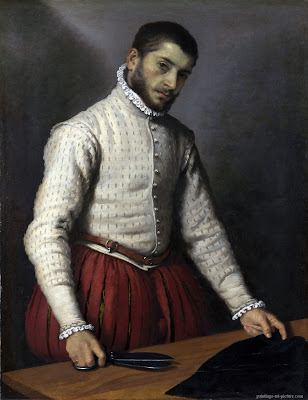 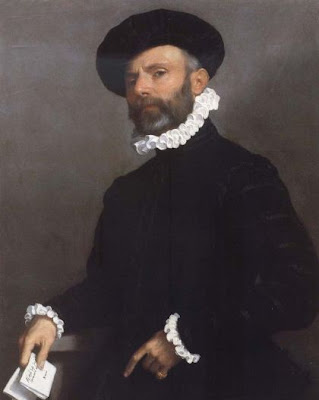 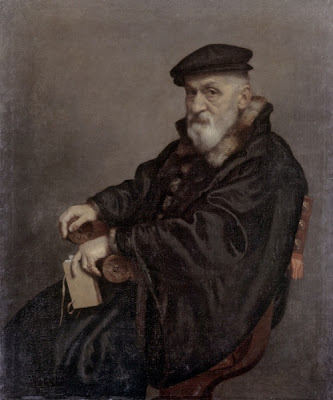 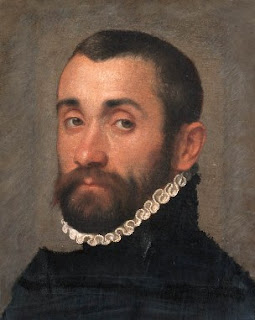 Portrait of a Nobleman, ca. 1570. After seeing that all of these dates are the same, I wonder if they are just made up by curators who randomly assign all of Moroni's best works to either 1570 or 1575.
Posted by John at 8:22 PM

Sadly, not "in vogue" enough. There have been very few exhibitions of Moroni's work. Most recently two of his works were featured in a traveling show of masterpieces from the Accademia Carrara, Bergamo, which is closed for renovations. They have a wonderful roomful of Moronis. The National Gallery in London also has a very fine collection of Moroni's work, which was esteemed by Eastlake, and Mary Cassatt.
There was a small show of his work at the Kimbel Museum in Fort Worth, the only solo show of Moroni hosted in the USA. Moroni was not a great altarpiece painter, but his portraits are superb, under valued, and uncannily modern. One of his masterpieces is in the Worcester Museum of Art In MA.