Guar Beans and Fracking, or, Globalization in Action 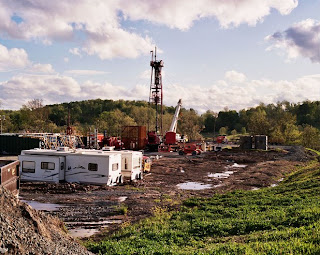 
Guar, a modest bean so hard that it can crack teeth, has become an unlikely global player, and dirt-poor farmers like Mr. Singh have suddenly become a crucial link in the energy production of the United States.

For centuries, farmers here used guar to feed their families and their cattle. There are better sources of nutrition, but few that grow in the Rajasthani desert, a land rich in culture but poor in rain. Broader commercial interest in guar first developed when food companies found that it absorbs water like a souped-up cornstarch, and a powdered form of the bean is now widely used to thicken ice cream and keep pastries crisp.

But much more important to farmers here was the recent discovery that guar could stiffen water so much that a mixture is able to carry sand sideways into wells drilled by horizontal fracturing, also known as fracking.

So Indian farmers are building new houses, and executives at drilling companies are worried about that a shortage of guar beans will force them to curtail operations.
Posted by John at 5:13 PM