A Chinese Warrior's Tomb of the Third Century 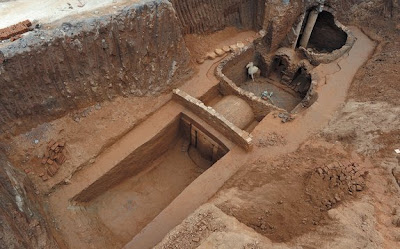 Chinese archaeologists have excavated the tomb of a noble warrior of the Three Kingdoms period, after the collapse of the Han Dynasty in the 3rd century CE. 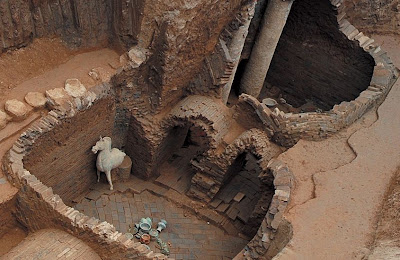 The tomb, found in Xiangyang, contained a man about 45 years old and a woman of similar age, surely his wife. 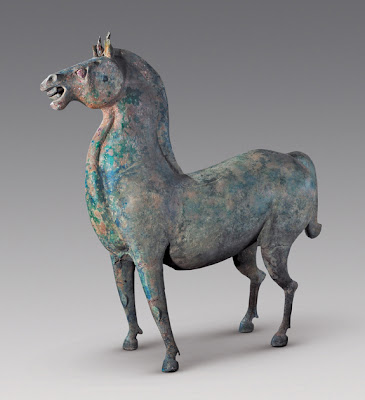 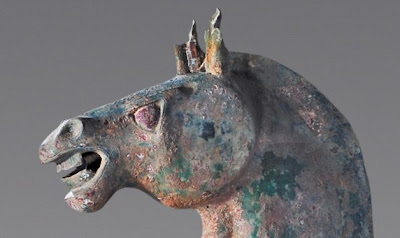 Among the finds was this magnificent bronze horse. 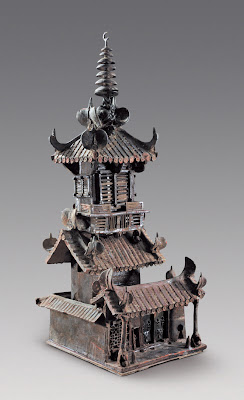 Chinese tombs often contain small, ceramic models of things like houses and chariots, and this tomb had a good selection of such objects. Above, a house. 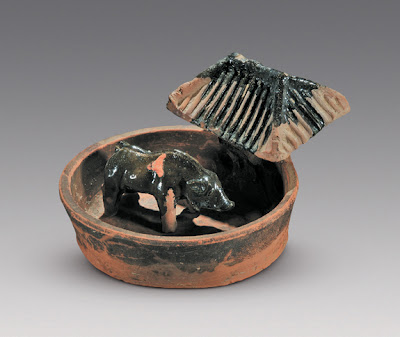 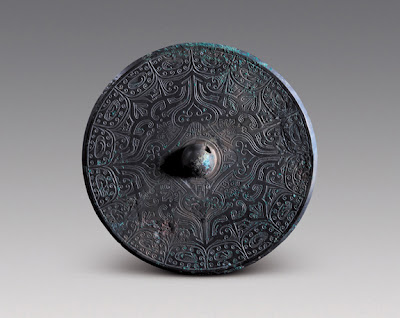 Bronze disk. Many more artifact photos at Livescience.
Posted by John at 1:29 PM