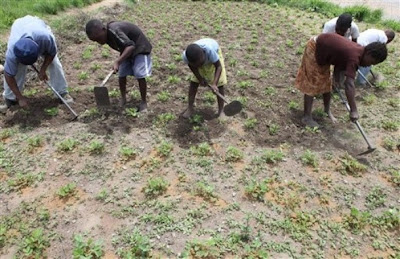 The Times is running a story by Lydia Polgreen on the aftermath of the violent land reform undertaken  in Zimbabwe by President Robert Thug-4-Life Mugabe. This got the worst possible press in America and Britain, and most of us, including me, had the impression that most of the land seized from white farmers was given to Mugabe's cronies, who so badly mishandled it that yields plummeted, sending the country into economic crisis.

Some land was given to regime cronies, who certainly did mismanage it, and there was an economic crisis. But most of the seized land was given to poor blacks, and after a rough start some of them are doing very well. Polgreen's article focuses on tobacco, Zimbabwe's most profitable crop. After falling from 500 million pounds before the reform to 100 million, the crop has rebounded to 330 million pounds, and the quality is very high. Considering that most of these farmers have only been in the business for a few years, that is fairly impressive. The reform has also created a large class of black landowners who seem very happy with their lot and feel that they have escaped from the oppression of colonialism. 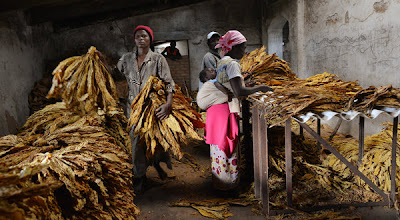 The issues of justice here are, I submit, very complex. None of the white farmers who had land seized had actually stolen it from blacks; they inherited it, or else purchased in the 1980s or 1990s, when Zimbabwean land seemed like a good investment. They created Zimbabwe's only modern economic sector and helped raise the country's standard of living above that of its neighbors. They worked hard and built something very valuable. Not to mention that the people who suffered the most when the white farmers lost half their land were their black employees, who lost their jobs.

On the other hand the land was stolen from blacks, whoever it was who did it, and before the land reform many Zimbabweans burned with resentment that whites controlled almost all of the valuable land in the country. A century of colonialism and racism had led to a gigantically unfair distribution of wealth in he country, and how could a black government allow that situation to continue? Various attempts to redistribute land by helping blacks to buy it ("willing buyer, willing seller") had next to no impact. It was only after Mugabe started his radical, blatantly illegal seizure program after 2000 that significant amounts of land passed into black hands. 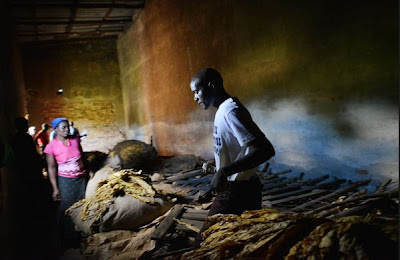 Even the people who support the idea of land reform admit that Mugabe mismanaged it, besides carrying it out with needless violence and destruction. But was the idea a bad one? I don't know.

My most serious thought on the matter is that while many Zimbabweans want to be small farmers now, it is not an occupation with much future in it. Peasants can never really join the modern world. And they tend to have big families, so that even if these farmers are doing well in the first generation, their children will likely have to make do with less and less land per person, until they are struggling to feed themselves. (Zimbabwe's population growth crashed from around 3% to below zero during the economic crisis, but now it has rebounded to about 1.5% and rising.) To the extent that land reform has deepened the attachment of black Zimbabweans to small farming, it may have retarded their economic progress in the long term.

Freedom, though, means letting people have what they want now. Maybe these farmers will help lead Zimbabwe into a new era of economic growth and less racial unfairness. We can always hope.
Posted by John at 1:10 PM