Cleopatra through the Ages 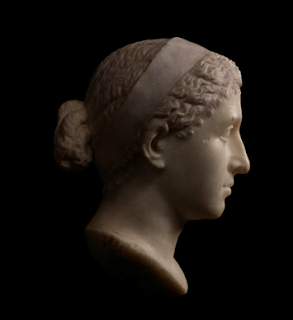 A quick tour of some of the ways Cleopatra VII Philopator (69-30 BCE) has been portrayed in western art, beginning with a possible contemporary portrait, now in Berlin.

Cleopatra as an Egyptian goddess, contemporary. 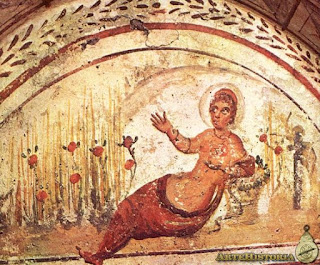 Cleopatra's Suicide, from the catacombs on the Via Latina. 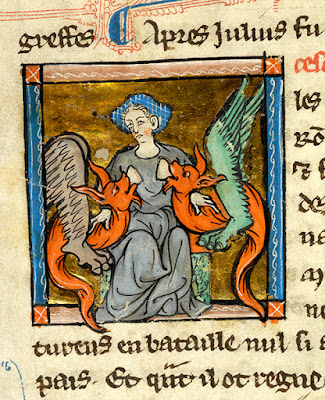 Manuscript illustration from France, 1300 to 1310 CE. Here the image of Cleopatra holding the fatal asp to her breast has been confused or deliberately merged with the ancient image of the mother of monsters nursing her brood. 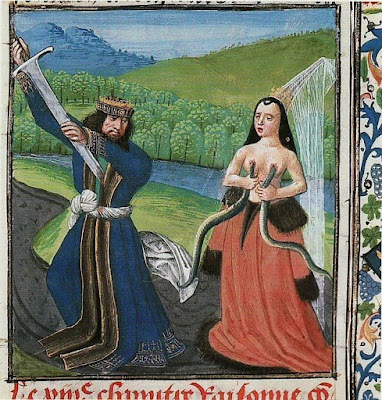 The Suicides of Anthony and Cleopatra, Italian, c. 1480, from a manuscript of Boccaccio's Decameron. This one also has a little of the mother of monsters theme. 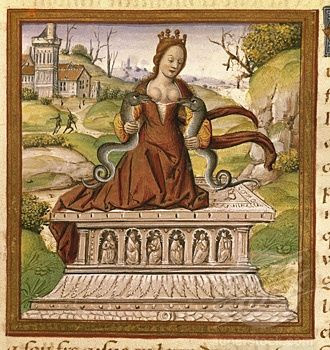 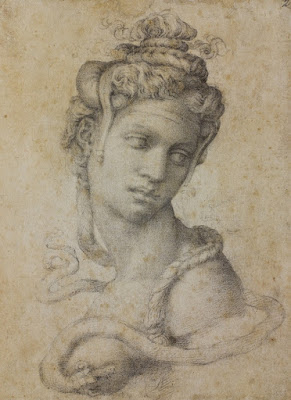 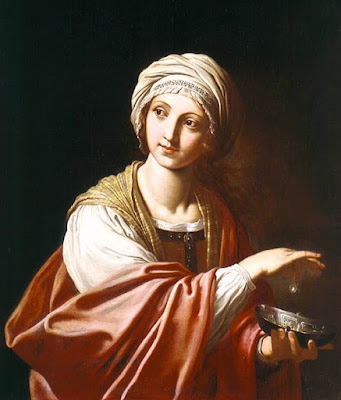 Elisabetta Sirani, c. 1650. Cleopatra dropping the pearl in her wine. 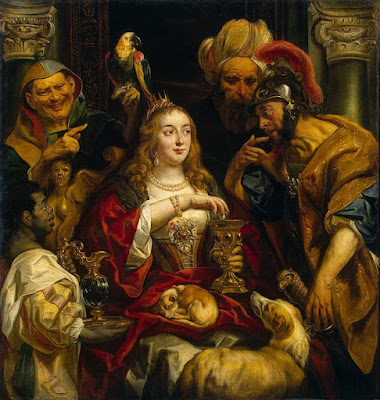 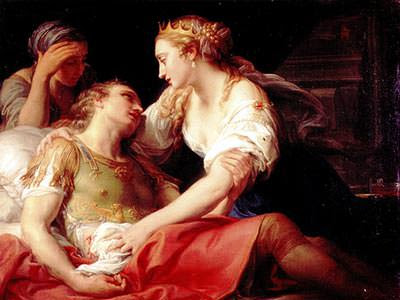 In the 18th Century: Cleopatra and the Dying Mark Anthony by Pompeo Batoni, 1763. 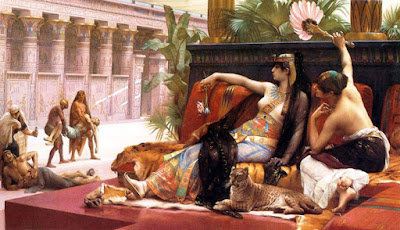 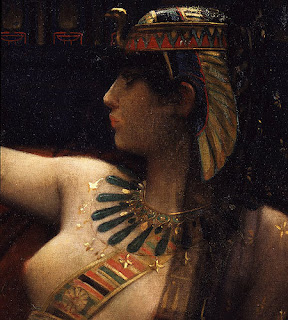 Cleopatra as an exotic (and cruel) Oriental: Cleopatra Testing Poisons on Condemned Prisoners, by Alexandre Cabanel, 1823. 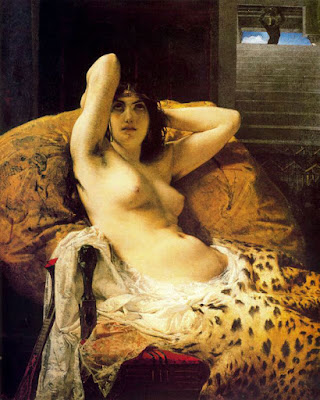 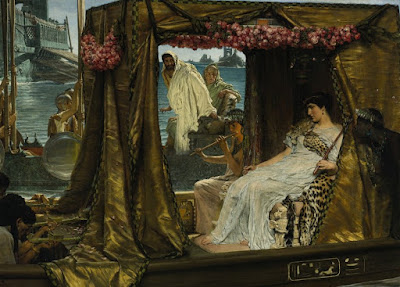 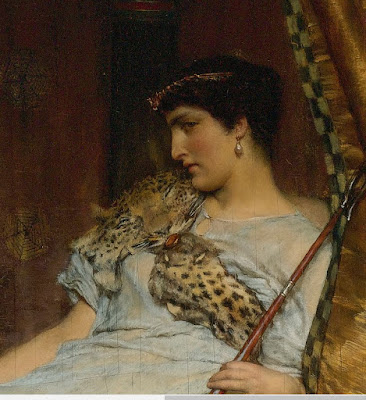 Lawrence Alma-Tadema, The First Meeting of Cleopatra and Antony, 1885, and detail. Note the spider web pattern in the cloth shielding her from the sun. 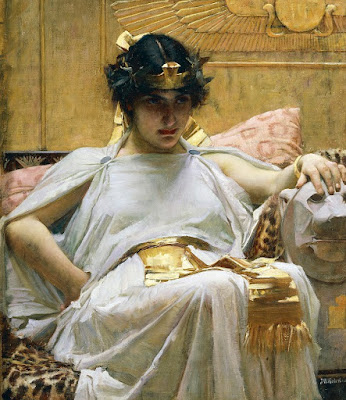 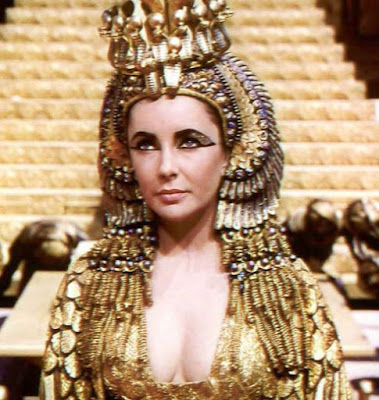 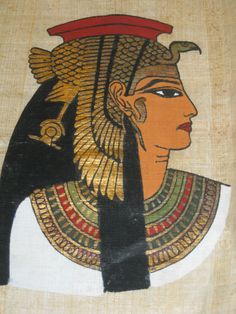 And in an Afrocentric 20th-century version you can buy from hundreds of web sites, none of which credit an artist.
Posted by John at 9:17 AM

Interesting thay Michelangelo's drawing shows her with rather African features, even though she's technically Greek.

That shows up in several of the others as well.