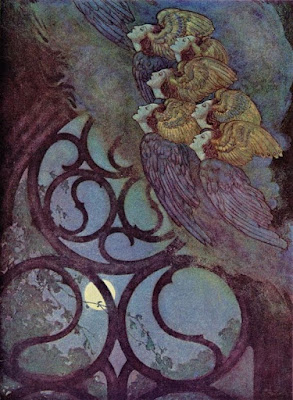 Edmund Dulac (1882-1953) was a French illustrator, one of the most famous artists of the “Golden Age of Illustration”. He was born in Toulouse and attended the École des Beaux Arts there, winning several prizes. In 1904 he moved to London and embarked on a career illustrating fairy tales and other works. Dulac arrived in London just as the printers were switching to a new color process that allowed artists to work in watercolors, without black lines between color blocks. He quickly mastered the new approach. He experimented with different styles over time, from works resembling great Victorian illustrators, to orientalism, to a more modern and slightly cartoonish approach. 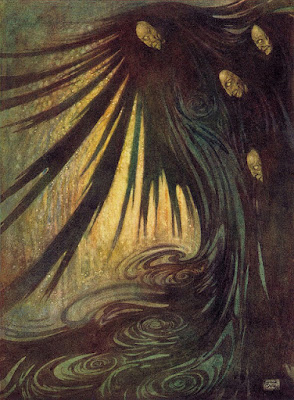 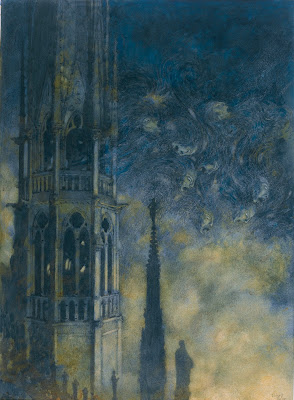 Above and top, illustrations to the poems of Edgar Allen Poe. 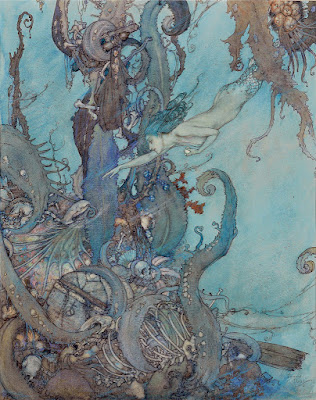 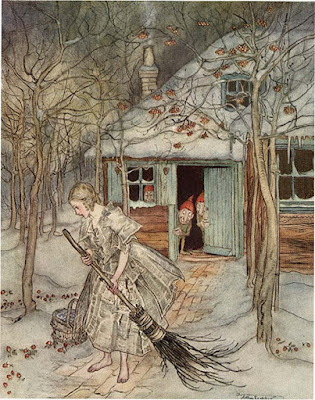 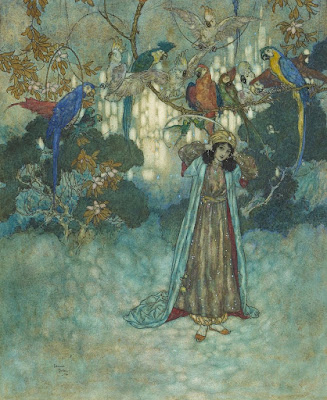 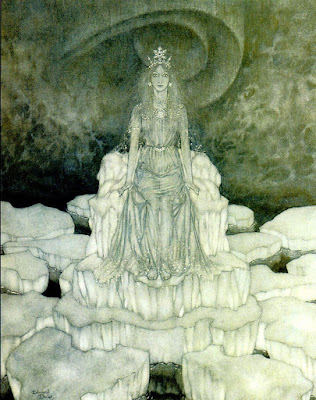 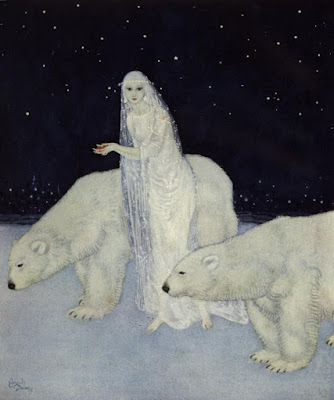 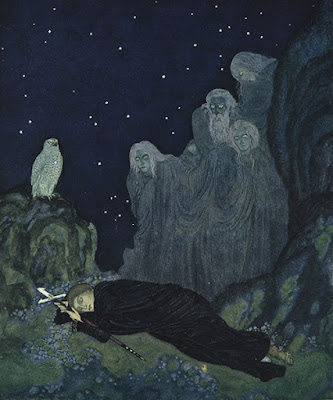 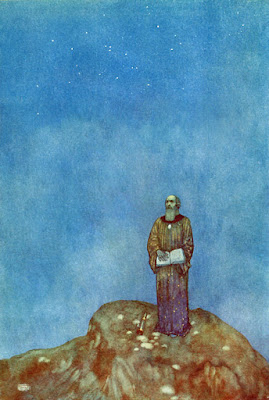 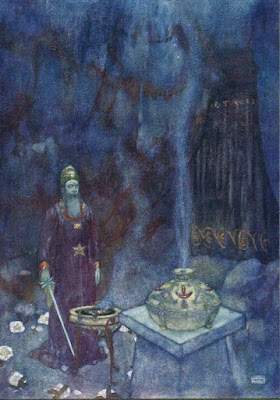 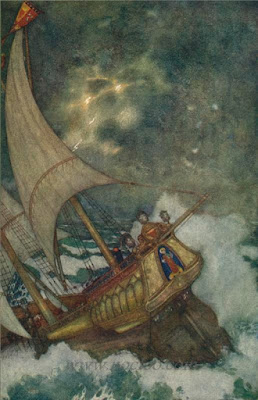 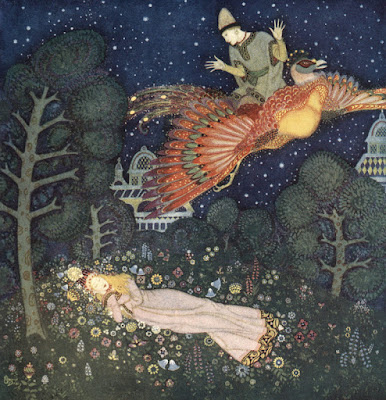 The Firebird, Dulac did so many wonderful pictures for 1001 Arabian Nights that I'm putting those in a separate post.
Posted by John at 12:54 PM