The Strange Effectiveness of Believing the End is Nigh 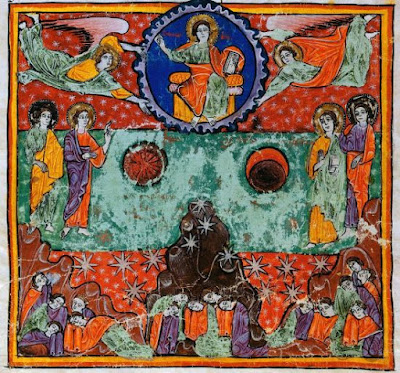 What would you do if you thought the end of the world was at hand?

For a remarkable assortment of Christian leaders, the answer has been "create a new church or organize major reforms of the old one." Even stranger to me, some of these reforms have focused on education. "There aren't actually going to be any future generations, but let's throw all our efforts into building schools for them anyway." 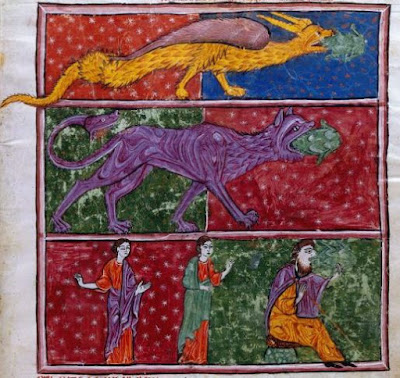 I've been thinking about this because I am reading a big new book about Charlemagne by the very learned German scholar Johannes Fried. There was a major millennarian scare associated with the year 800, because St. Jerome had once calculated that would be the 6,000th year of creation. Not everyone accepted this calculation, but one who did was Alcuin, an Anglo-Saxon priest who became one of Charlemagne's closest advisers. Alcuin was constantly reminding his boss that with the end near he had to prepare to meet his maker, both in a personal sense and as a great leader; Alcuin was one of those medieval thinkers who believed that a king would one day have to answer for the spiritual state of his whole kingdom.

Fried argues, with an alarming number of citations to a bewildering array of sources, that their fear of the impending end drove Alcuin and Charlemagne to lead what we call the Carolingian Renaissance. This was a movement to reform the church across Charlemagne's vast empire so that all monasteries would be following the same rule, all churches would be saying the mass in the same way, all churches would have accurate texts of the Bible (or at least the parts used in the mass), and all priests would be able to read Latin. In the long term two of the main results of this were the creation of numerous schools all across northern Europe and several important scriptoria for the copying of manuscripts. Charlemagne required the monasteries his family had founded or supported to open schools for the training of priests. Some of the abbots objected, saying either than they couldn't afford it or that their job was to withdraw from the world and pray, not get involved with non-monastic students. But Charlemagne insisted and got his way. Fried calculates, in a rough way, that this effort required as large a share of the economic productivity of Charlemagne's Europe as Germany spends on education today; just the production of new Bibles and liturgical texts required the skin from hundreds of thousands of sheep and goats. 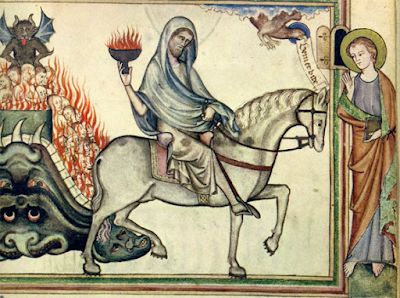 Martin Luther was another reformer motivated in part by a looming sense that the end was at hand. One of my old professors, Gerald Strauss, wrote a book called Luther's House of Learning about the educational reform efforts of Luther and other early Protestants, which brought about an educational revolution across Protestant Germany. Some of the Luther experts who reviewed the book said that Strauss had Luther all wrong. Luther, they said (with a vast array of citations), was personally focused much more on the Apocalypse than on primary school. And yet somehow he did lead a huge reform of the church, including its schools.

In the 20th century we have the example of the Jehovah's Witnesses, which sprang from the teachings and calculations of Charles Russell. Russell worked out that the "time of troubles" preceding the End began in 1914, a belief still widely held by Jehovah's Witnesses and many others; motivated at least partly by the impending end, the Witnesses have launched a very effective worldwide missionary effort. And of course there were Jesus' original Apostles, who believed the End would come within the time of their lives and created the Christian church. 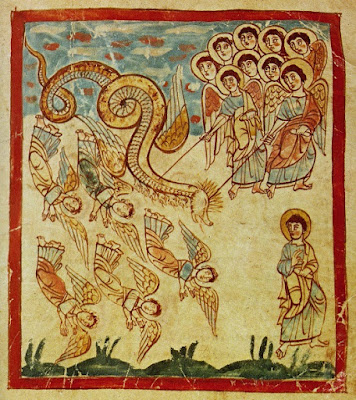 The psychology of this intrigues me. Does the sense of End Times generate an anxious energy that has to be used for something? Does it end up lending urgency and hence effectiveness to the efforts of church leaders? Does it help churches raise money?

Whatever it is, maybe the strange motivational effectiveness of these beliefs helps to explain their persistence despite thousands of years of false predictions.
Posted by John at 9:43 AM

My first thought is to compare it to any other impending major deadline.

Many students put off studying all week, only to buckle down and cram right before a test. Many employees are slack about always enforcing every last company rule or policy, until they get wind that they're going to face an inspection at the end of the month and scramble to get everything in order. Many ordinary people leave their homes less than spotless most of the time, but when they're going to have guests over they suddenly go into a cleaning frenzy and get everything neat and tidy.

So if you believe that The End Times™ are coming and you're going to meet your maker in the near future, wouldn't you too be compelled to suddenly clean up your act and make up for having "slacked off" previously? And not just yourself - you'd want to have everyone else around you tidy up too, to reflect better upon humanity as a whole, and to suggest that you'd fulfilled certain obligations toward spreading your god's values among others.

Then again, there's also the potential of certain people simply exploiting the popular notion of an impending apocalypse as a means to accomplish their own agendas, without actually personally believing that the end is nigh. Certainly there are plenty of examples of similar behavior - like starting the Crusades on the pretext of retaking the Holy Land (despite no one really having cared that it was in Muslim hands for the four centuries prior), when in actuality it was a political favor intended primarily to help the Byzantine Emperor retake Anatolia from the Seljuks.