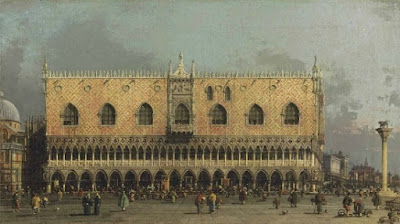 Venice: Pure City (2011) is Peter Ackroyd's beautiful portrait of the most serene city. I just finished listening to it and loved it; the writing is beautiful, and the book is full of great stories and marvelous images. I think listening to the book might be better than reading it. If I had been reading it I might have been bothered more by the vague talk of the "Venetian genius" and the "character of Venice" and wished for more detail, more citations, and more discussion of change. Not that Ackroyd doesn't have sources; he has them in vast array, from trials and state papers to folk tales and proverbs, from detailed histories by Venetians to the letters of visitors. But Ackroyd's focus is on the imagery, not the details of history or sociology. 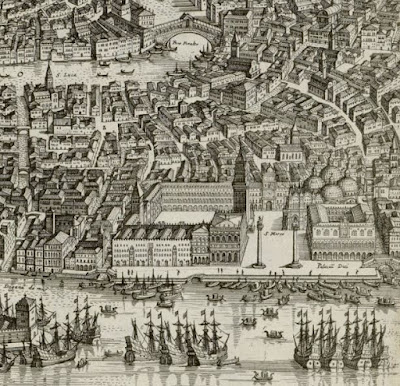 Venice: Pure City is not a narrative. Instead each chapter takes up a theme, such as Venice as a place of secrets, Venice as a trading city, or Venice as a city of music. There are a few historical chapters, including an excellent one on the origins of the city that I would suggest as a model of how to write about a complex and obscure historical topic for a wide audience, and others on how Venice acquired its empire and how it slid into decay and finally fell to Napoleon in 1797. Most of the chapters, though, range back and forth in time in a way that is fascinating and sometimes a bit alarming. If the topic is carnival, we hear about the first mentions of carnival in the 12th century, its heyday in the 18th century when Venice was turning into a city for tourists, its revival in the 1970s, what the love of masks says about the Venetian character, how the state used Carnival as a distraction for the citizens, and so on, account after account from the 16th century or the 19th piled together until a picture emerges of the Venetian Carnival as a timeless construct that shimmers in the imagination. There is a section on Venice as a city of dreams which quotes an astonishing array of writers from Byron to Mark Twain on Venice's dreamlike quality. There are a few straight-up errors and too much hyperbole (Venice was the first, Venice was the most), but mainly these chapters leave a lingering image of a splendid past and only a slight nagging doubt about how much of it is true. 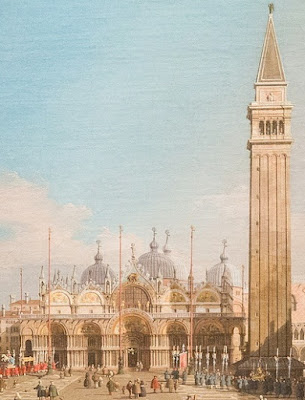 Ackroyd didn't set out to write a narrative history; if that's what you want, read John Julius Norwich. He set out to paint a picture in words of Venice as an idea, and he succeeded brilliantly. I found it a constant delight, one fascinating story, fact or person after another. 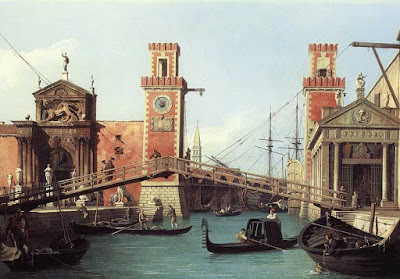 Ackroyd also advances a thesis about how Venice came to be such a distinctive place: because of its origin. In Roman times nobody lived in the Venetian lagoon but a few fishermen and reed cutters. As the empire collapsed and waves of warfare swept repeatedly across Italy, people began fleeing the mainland to take refuge on the low, muddy islands that dotted the lagoon. Some came individually, but we also have accounts of whole towns moving en masse, led by their bishops, taking with them the relics of their saints. At first each each island was independent, but eventually they banded together into what was called from the beginning a commune. Their first leader was almost certainly appointed for them by the emperor in Byzantium. That leader, later called the Doge, set up his palace on a certain muddy island that slowly grew both physically and in importance until it became the dominant place in the neighborhood. It was never anything but mud; all of Venice's buildings sit on millions of wooden piles driven down through the mud to a harder layer of clay and sand about 15 feet down. It has always been in danger of sinking into the sea and disappearing, as numerous other islands in the lagoon have over the centuries. To Ackroyd its origin as a place of refuge for frightened people, and its fragile foundations of mud, have made Venice the most cautious city in history. 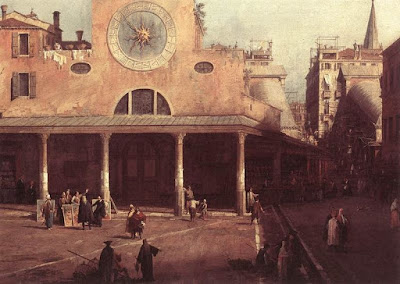 Venice's conservatism was and is notorious; there are few places in the world that have changed so little in 300 years. Venice's parishes were set in the 13th century, and the churches have been on the same sites ever since. Venice's houses have had the same basic shape and layout for just as long. They city was governed by the same small group of patrician families for 700 years. Key rituals, such as the wedding with the sea, endured for centuries. To Ackroyd this resistance to change was born from the precarious situation of the city. Because everyone feared that any change might send the city sliding into the sea, or leave it exposed to attack by its many enemies, they changed nothing. 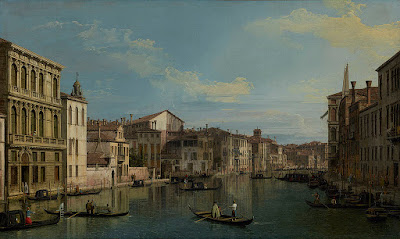 Many observers, including several Popes, have said that the only real religion in Venice is worship of the city itself. Venetians loved their city and would do anything to preserve it; only that spirit had allowed the people to survive as refugees in the malarial marshes. It was fear that made the inhabitants cling so tightly to each other, leading to its amazing political stability and its great community spirit. For Venetians, the city always came first, the family second, the Virgin third, and the individual somewhere down the list after that. Its leadership was deliberately opaque, with most power vested in committees like the infamous Council of Ten rather than in particular leaders. Venice won many sea battles, but it has no famous admirals. It does have famous artists, but in Venice Titian, Tintoretto and the rest were mainly seen as the heads of successful family businesses, and little heed was paid to their supposed individual genius. In everything the commune took precedence over the family, and the family over the mere person. 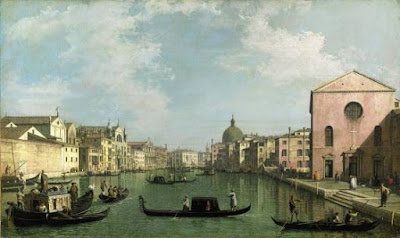 Because of their devotion to the Commune, the Venetians accepted the closest thing in pre-modern Europe to a totalitarian state. The various organs of state, especially the Council of Ten charged with security, employed large forces of spies to uncover any hint to treachery or disloyalty to the state. Punishments were brutal and often administered in secret; the Venetians pioneered the art of making state enemies disappear without a trace. Even singing a song that mocked the city could earn a sentence of exile or death. As a result the Venetians became notorious for their willingness to talk about anything except politics. (Ackroyd has the comments of several ambassadors and other foreign worthies to this effect.) Politics was discussed (if at all) only in whispers, behind closed doors, preferably in the dark. The secrecy of all political maneuvering made Venice famous as a city of intrigue. But the system worked; while other Italian cities were torn apart by political turmoil, assassination, or outright civil war, Venice kept its Republic for a thousand years with no violence worse than a handful of riots. 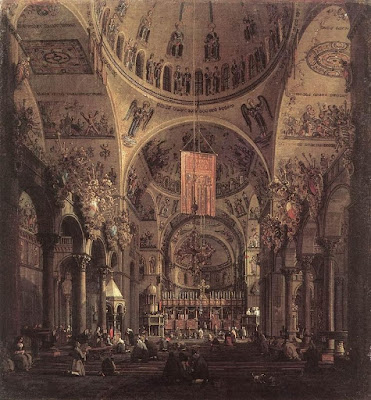 With no politics to distract them, the mass of Venetians threw themselves into business, religion, and sin. The city became famous for its joyous public festivals, the rich communal life of its neighborhoods, the skill and beauty of its courtesans. Ackroyd comes back again and again to the Venetian love of display, from mosaics to fabrics to opera. To him the "genius" of Venetian art is in splendid, glittering surfaces that wow the senses, not in contemplation. Venetians want to show off for their neighbors and have a good time with their families, and always have. Ackroyd thinks the music of eighteenth-century Venice, especially Vivaldi's, sums up the place perfectly: mass produced for the market, rooted in tradition, showy, quick, beautiful, devoid of depth. 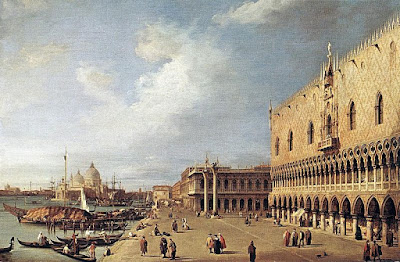 If that seems to contradict other things Ackroyd said about the city, it probably does. But if you listen to his mellifluous words and let yourself float away the sea of stories and descriptions, you may feel for a while like you really know Venice. I recommend it highly.

Definitely there are some details even just in your descriptions that are quite wrong, or at the vert least mostrously over-simplified, but in general I agree that it sounds like this commentary paints a very vivid picture of what is one of the most enchanting cities ever built, and it's most curious and unusual qualities.