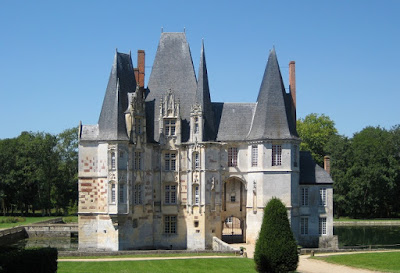 Château d'Ô is a splendid Renaissance manor built by one of the oldest families in Normandy; the first d'O to appear in the historical record, Robert, accompanied Duke Robert I on his pilgrimage to the Holy Land in 1024. There was a fortress on this spot by 1200. Then in 1415 the seventh Robert d'O was killed at Agincourt, and the victorious English razed the castle. 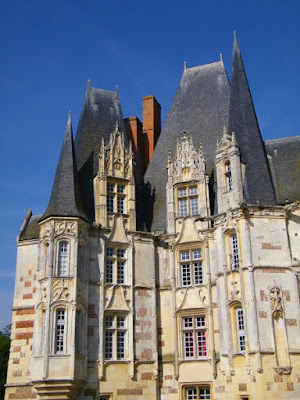 Construction on the current chateau began under Robert VIII in 1449, after the French had retaken Normandy. Most of the main house was built by various Lords d'O between then and 1647. They were a successful family. Robert VIII was cupbearer to the Duc de Bourbon; Jean I was chamberlain to King Charles VII; Jean II was captain of King Henri II's guards and Seneschal of Normandy. 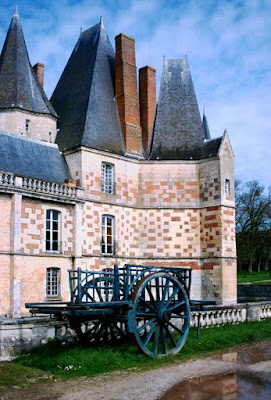 The most famous member of the family was Francis d'O, gentleman of the chamber for king Henri III and governor of Basse-Normandie. One of the king's friends told the abbé Barret that


A worthy product of the pagan Renaissance, Francis d'O seems to be the quintessence of scandalous living, dreams of luxury, and the scourings of rabelaisian Pantagreulism. 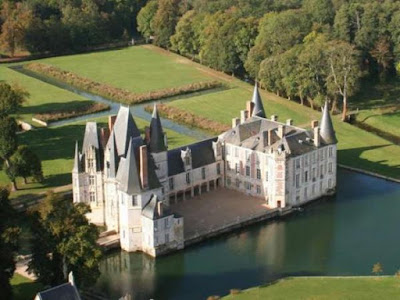 The original fortress had been built within a pond, supported on wooden piles driven into the mud. The current house is still supported on those same piles, along with rubble from the first castle. The pond used to be smaller but in the 18th century it was enlarged so that visitors could see the reflection of the whole castle. 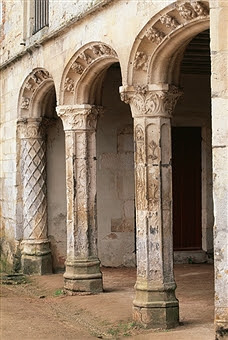 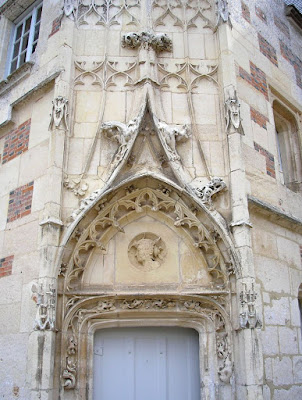 What a splendid house. 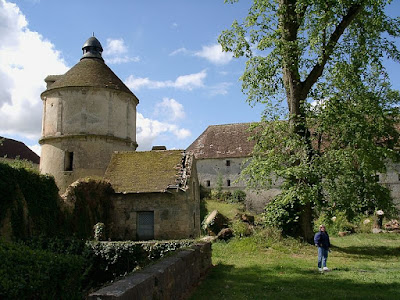 There are also several Renaissance outbuildings, including a dovecote. 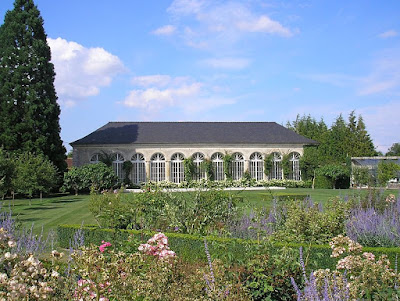 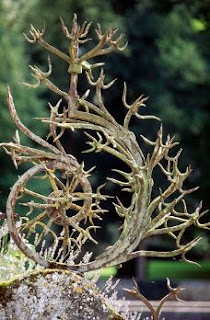 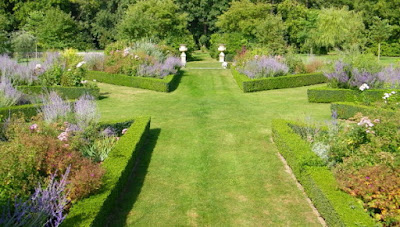 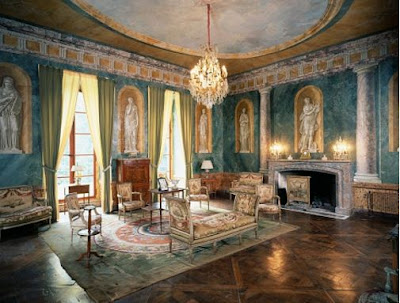 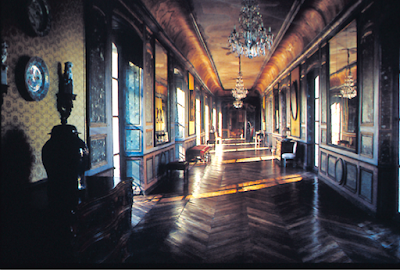 I couldn't find many pictures of the interior – photography seems to be forbidden during tours – but I did find these pictures of the Hall of Mirrors and the Salon of the Muses. 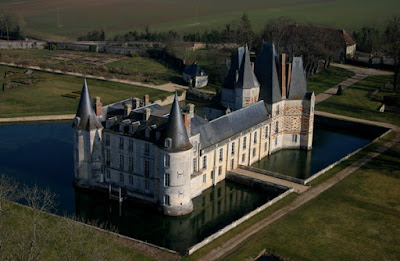 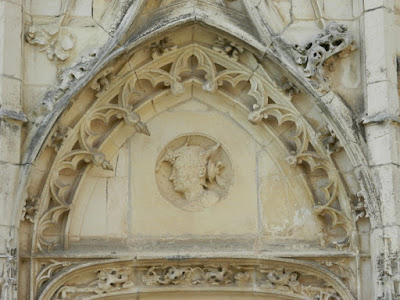