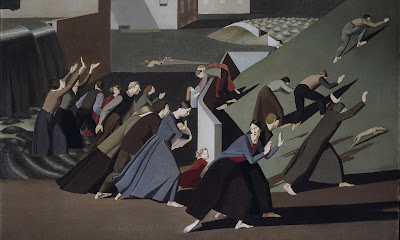 Winifred Knights (1899-1947) was a twentieth-century English painter who showed great youthful promise but then abandoned art before she turned thirty. She has only four well-known works. The most famous is The Deluge, 1920, painted while she was still in art school. It won her a scholarship to the British School in Rome. 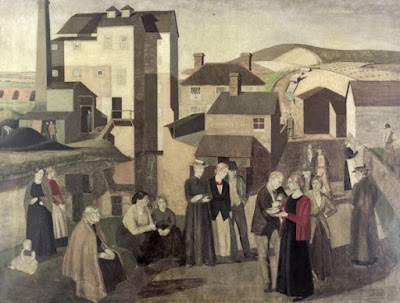 There was a big retrospective of her work in London last summer, and the Guardian has a nice review. As they note, she did not have to overcome very much to become a painter:


And if her work has troubled the historians, then her biography also refuses to fit with the kind of story that we generally require of our female artists. Far from having to fight for the right to paint, Knights was born in 1899 into what sound like ideal circumstances. She was the eldest child of parents who combined socialist convictions with the happy knack of making money (her father ran a Guiana sugar plantation from his London office). The household at 22 Madeira Road, Streatham, was intensely progressive: Mrs Knights wore rational dress, visiting Aunt Millicent was high up in the Fabians and Walter Knights, far from forbidding his daughter to follow an artistic career in the way that suburban Edwardian patriarchs are supposed to, constantly chivvied Winifred to try a bit harder.

Scene in a Village with Mill Hands Conversing, 1919. 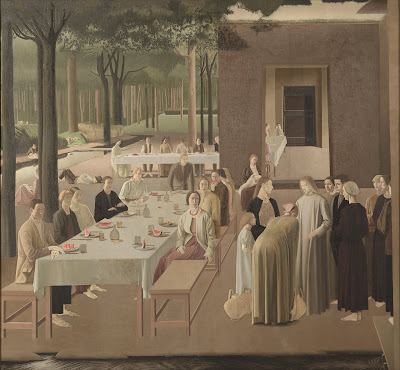 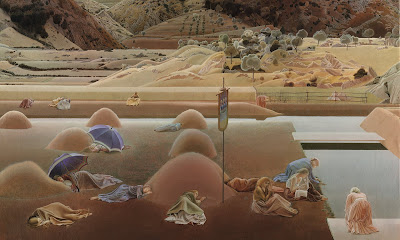 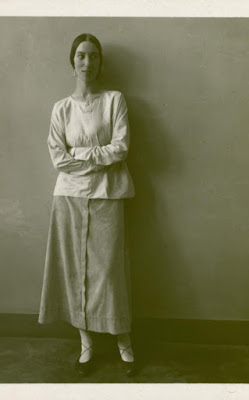 The artist in the 1920s. She always wore her own version of what socialists at the time called "rational dress,"either this peasant shirt and skirt get-up or a plain dress (below). With sensible shoes. 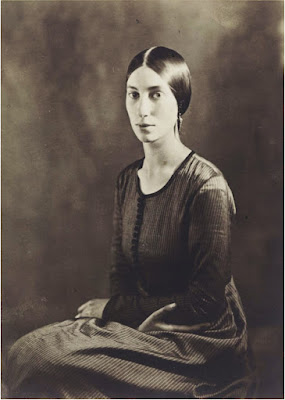 Knights' career was cut short by mental illness. She suffered all her life from anxiety; when the zeppelins bombed London in 1917 she was paralyzed with fear and had to leave school. Her problems got worse after a still birth in 1928 and even worse after she gave birth to a healthy son in 1934. She did next to no painting after 1928 and none at all after 1934. Eventually her husband left her and when she died in 1947 she was penniless and alone. An autopsy revealed that she had a brain tumor, which might have been her problem all along. But anyway I think of her as an icon of twentieth-century creativity because of her struggle to paint despite her crippling fears.
Posted by John at 7:40 AM