Michael Scot, the Wizard of Balwearie 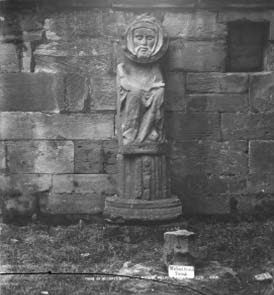 Michael Scot was one of those medieval characters who lived as a scholar but was remembered as a wizard, which of course is my secret ambition. He is also part of another elite group, the souls Dante saw in hell:


That other there, his flanks extremely spare,
was Michael Scot, a man who certainly
knew how the game of magic fraud was played.

Scot was born in about 1175, probably in the Scottish border country. He is supposed to have studied at Oxford and Paris, but the first solid information we have about him comes from 1220, when he was in Toledo translating Arabic manuscripts. He made Latin translations of Aristotle's History of Animals and the Book of Astronomy by Abu Ishaq Nured-din al-Bitruji al-Ishbilt, known to Europeans as Alpetragius, which is a summary of Aristotle's writings on that subject. He was in Italy by 1223, where he may have taught at Salerno. In Italy he came to the attention of Emperor Frederick II, who summoned Scot to become his court astrologer. The chronicler who recorded his arrival at court was mainly interested in his unusual clothes, which sound like the robes of an Arab scholar.

Frederick had an ambiguous reputation of his own. Besides all that ruling he surrounded himself with intellectuals studying everything from theology to navigation, and he loved to oversee disputations among them. He was a noted intellectual in his own right, able to speak at least six languages and the author of the most famous medieval text on falconry. His admirers called him stupor mundi, the Astonishment of the World. His enemies thought he was in league with the devil. He was certainly very interested in astrology, alchemy, and other occult arts. So Michael Scot's reputation for devilry may in part be derived from his close association with Frederick. One of Scot's surviving works mentions a letter that Frederick wrote to him in 1227, asking questions about arcane matters like where God sits in heaven, what is beyond the highest heaven, what are the foundations of the earth, where (exactly) hell, purgatory and heavenly paradise are, and whether it is possible to reach them.

While he was working for Frederick Scot obtained and translated two more of Aristotle's works, On the Heavens and On the Soul. He wrote numerous books of his own, four of which survive: one on astrology, one on alchemy, one on palm reading, and one on physiognomy (judging people's character from their appearance) that was quite famous in the Renaissance, going through numerous printed editions. He also studied mathematics. None of his own mathematical works have survived, but one of his students was Leonardo Bonacci, better known as Fibonacci, and the book in which Fibonacci describes his famous series of numbers (1, 1, 2, 3, 5, 8, 13, 21. . .) is dedicated to Scot. 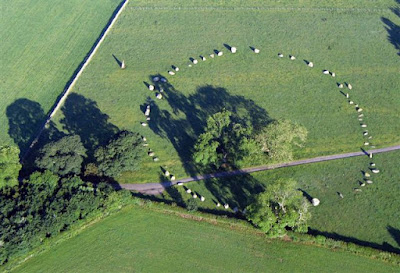 In about 1230 Scot left Frederick's service. What he did thereafter and when he died are complete mysteries. But in Scotland they insist that he retired and came home to the border country, and many stories are told about his feats. He is supposed to have turned a coven of witches to stone, resulting in the stone circle known as Long Meg and her Daughters. He used a magic staff to change the course of the River Tweed. He entertained his dinner guests by having his familiar spirits steal dishes from the tables of the kings of France and Spain. He split the Eildon hills. He rode a black steed that could cross to France and back in a single night. He drove off attacking pirates by summoning a great storm. He foresaw that he would die after being struck on the head by a rock, so he always wore an iron cap; but one day he took it off on entering a church, and a stone fell and struck his head, killing him. He once locked the plague in a secret vault of Glenluce castle.

Sir Walter Scott was fascinated by Michael Scot and did much to make him famous again in modern times. Scott tried to argue that Michael Scot the astrologer was the same person as Sir Michael Scot of Balwearie, who undertook a special royal mission to Norway in 1290. Since Michael Scot the astrologer would have been about 115 years old in 1290, historians are not convinced. But anyway Scott wrote Michael into his long poem The Lay of the Last Minstrel (1805); when the hero needs magic, a friendly monk leads him to the tomb of Michael Scot in Melrose Abbey, where the still preserved body of the magician clutches his Book of Might.


Before their eyes the Wizard lay,
As if he had not been dead a day.
His hoary beard in silver roll'd,
He seem'd some seventy winters old;
A palmer's amice wrapp'd him round,
With a wrought Spanish baldric bound,
Like a pilgrim from beyond the sea;
His left hand held his Book of Might;
A silver cross was in his right;
The lamp was placed beside his knee;
High and majestic was his look,
At which the fellest fiends had shook,
And all unruffled was his face:
They trusted his soul had gotten grace.

It was Scott who spread the belief that the statue of a turbaned figure at Melrose (top of the post) in an effigy of the astrologer. 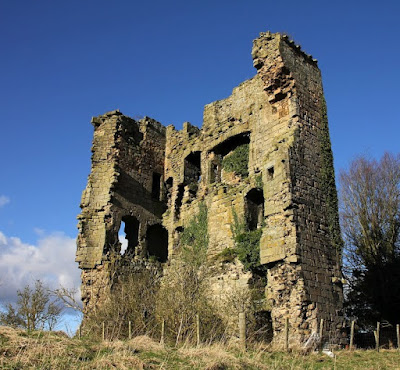 Lots of internet sites connect Michael Scot to the Balwearie tower house, which is in fact how I got started researching him. But since Michael Scot the astrologer was certainly not Michael Scot of Balwearie, and there is no evidence that the astrologer ever returned to Scotland after leaving it as a boy, this is dubious, and anyway the standing ruin at Balwearie was built in the fifteenth century. Cool story, though.

In recent times Scot has been everywhere. He appears in numerous fantasy novels, at least two role-playing games, and a BBC TV children's series. So he has truly made the leap from scholar to wizard, and he can spend his afterlife crossing the world on a magic black horse, summoning storms and turning his enemies to stone.
Posted by John at 11:56 AM