How about We Keep the EPA? 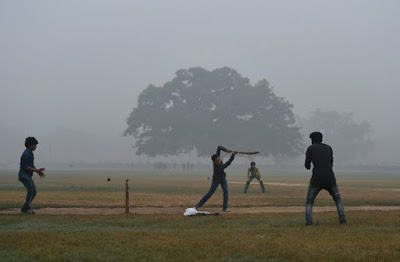 
Delhi choked by worst smog in years Delhi has endured several days of heavy smog — reportedly the city’s worst in 17 years. Measurements at the US embassy in the Indian capital showed an air-quality-index value of 999; around 300 is considered hazardous. Levels of harmful particles known as PM2.5 (those with a diameter of 2.5 micrometres or less) reached as high as 762 micrograms per cubic metre in a part of the city. The World Health Organization gives 25 micrograms per cubic metre as a guideline average limit. Among the causes blamed have been construction dust, rising traffic, the burning of agricultural residues in neighbouring states, and the Hindu festival of Diwali, during which firework celebrations are customary. Delhi’s government announced several temporary emergency measures, including the closure of schools for three days, a halt on construction and restrictions on the numbers of vehicles on roads. Delhi is one of the world’s most polluted cities, according to the WHO. Estimates suggest that particulate air pollution causes one-tenth of the city’s deaths.

Picture above shows a cricket game in a Delhi park. Below is another recent image, taken on a rainless afternoon. Cities like Pittsburgh and Cleveland used to look like this. Is that really a part of the great American past we want to bring back? 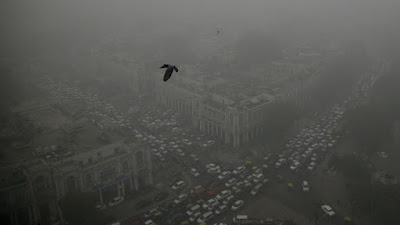