Painting Lenin over the Tsar 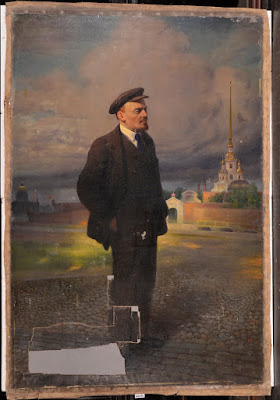 Back in 2013, official at a primary school in St. Petersburg noticed that their 1924 painting of Lenin was torn, so the sent it to be restored. 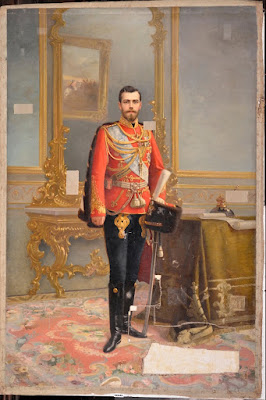 The restorers discovered that this canvas had been a painting of Tsar Nicholas II done in 1896 by Ilya Galkin Savich. After the revolution the leaders of the school of course had to switch their portrait of the Tsar for one of Lenin. Rather than painting Lenin directly on top of the Tsar, or just throwing that canvas away, Vladislav Izmailovich put Lenin on the back of the imperial portrait, which he protected by covering it with multiple layers of white paint. Izmailovich had been successful before the revolution painting portraits of the elite, and it looks like he was hoping that the old regime would one day come back.

Via the History Blog.
Posted by John at 8:28 PM