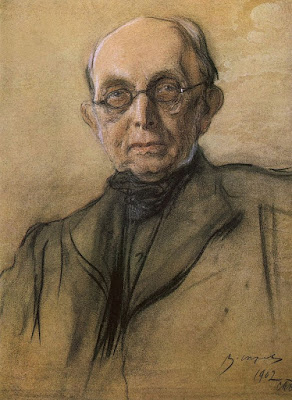 Valentin Serov (1865-1911) was a Russian artist best known for two things: his portraits, and for introducing Impressionism to Russia. I like his portraits much better, so I focus on those. Above, K. Pobedonostsev, 1902. 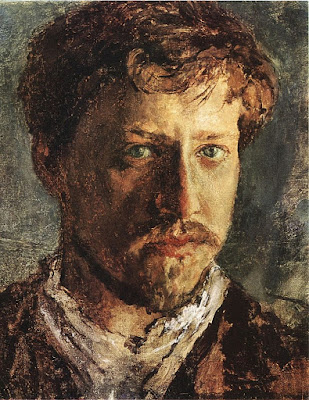 Self portrait of about 1885. Serov was the son of a composer and conductor, born into the artistic elite of St. Petersburg. As you can see from this work he was something of a prodigy, and several of his most famous paintings were done before he was 25. 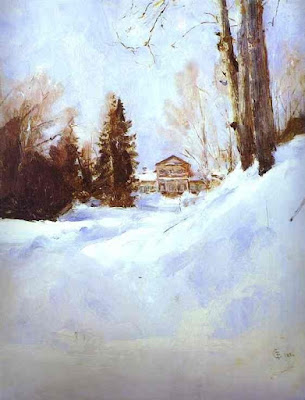 Here is one of those early, Impressionist landscapes, Winter in Abramtsevo: the Mansion, 1886. 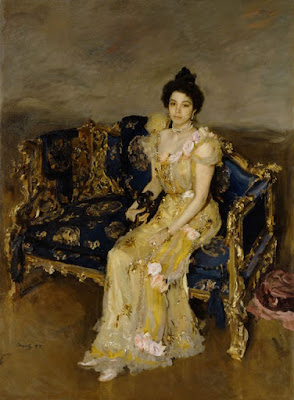 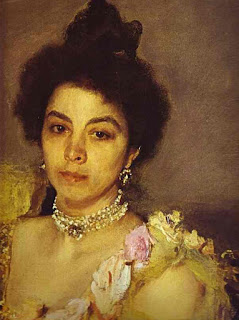 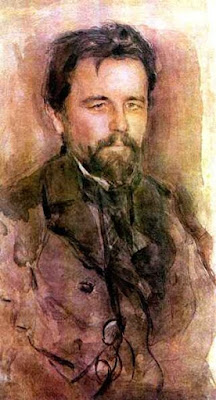 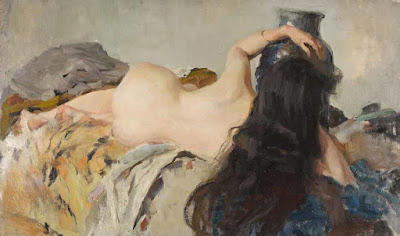 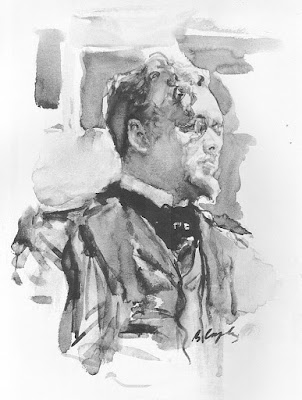 The mysterious Botkin, who seems not to have even a first initial, and no date. Wonderful image, though. 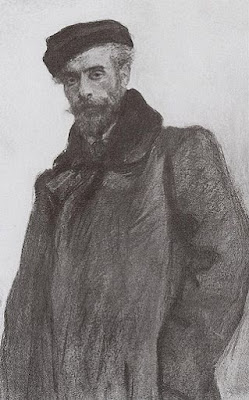 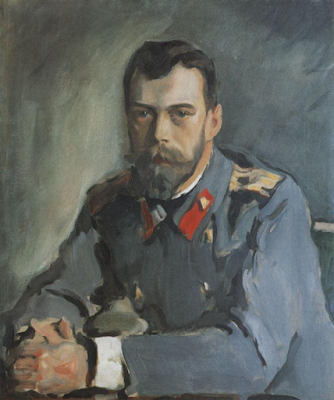 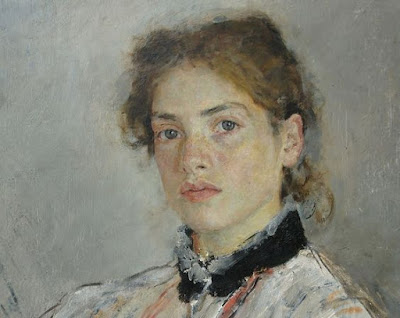 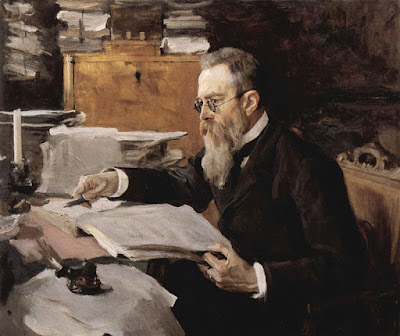 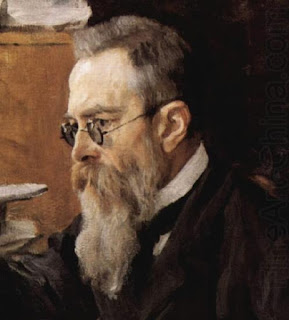 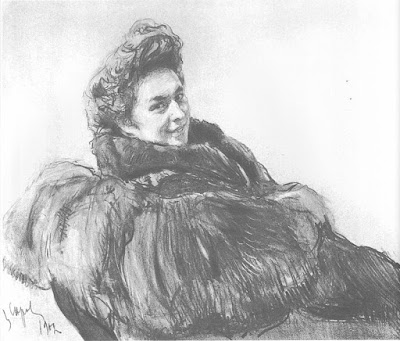 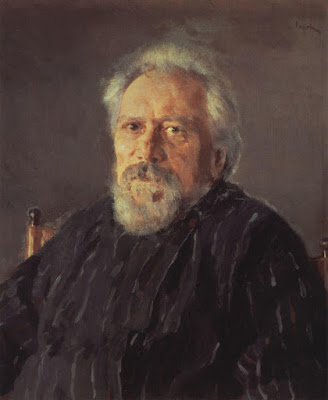 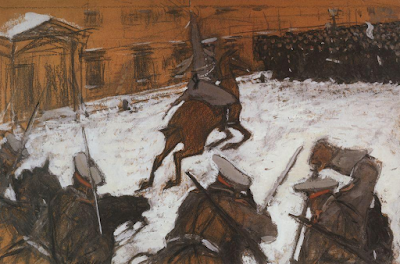 This is the only political work I have found of Serov's, ambiguously titled All Are Heroes, 1905. However, I read that he was a democrat, and that after the Tsarist crackdown that followed the 1905 revolution he resigned from the St. Petersburg Academy. 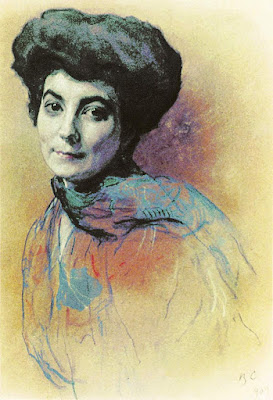 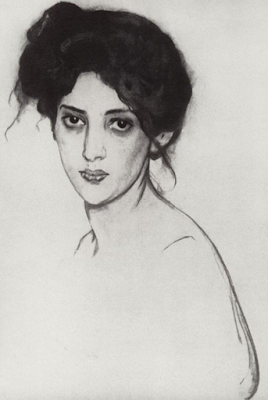 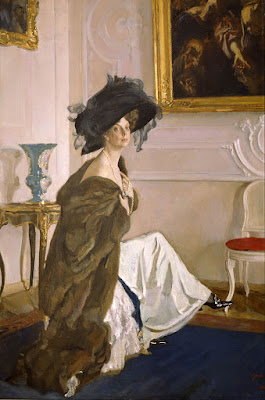 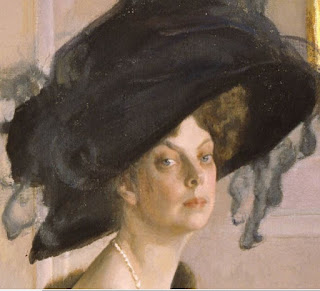 And a famous portrait of Princess Olga Orlova, completed not long before Serov's death in 1911. Serov once wrote, "There is nothing more difficult than talking about art."
Posted by John at 6:57 AM