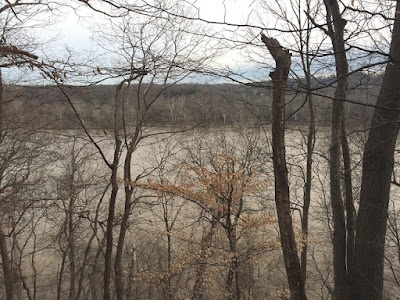 Pictures from Friday, when my colleague Tiffany and I checked out some areas along the Potomac River where we will be working soon. It was a dim, gray, late winter day, but it was still wonderful in its way. 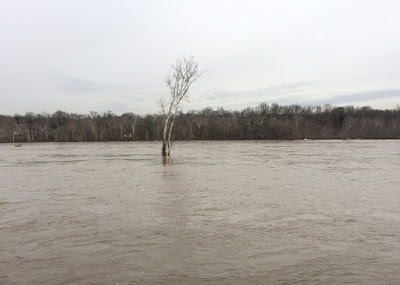 The Potomac in flood. 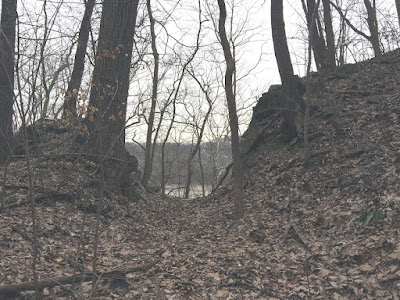 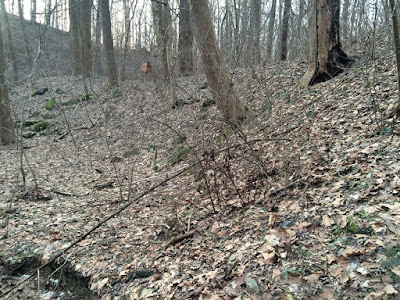 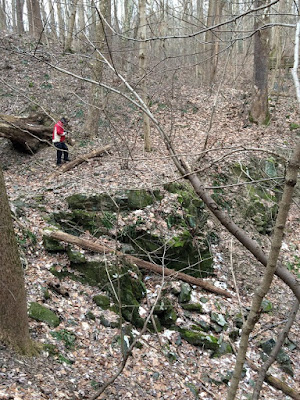 An old steatite quarry. It was probably used by ancient Indians, but so far as we could see all traces of their presence had been erased by work in the 19th century. 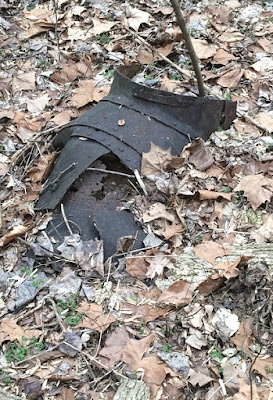 Mysterious iron thing by the quarry, which I thought looked like the chest armor of a video game ogre. 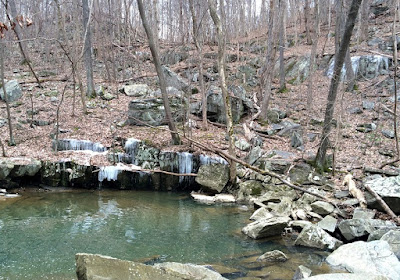 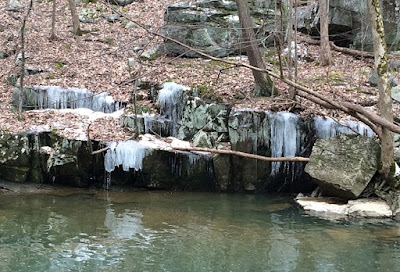 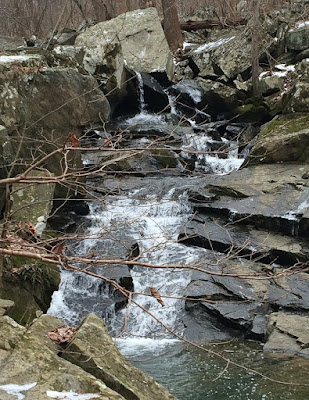 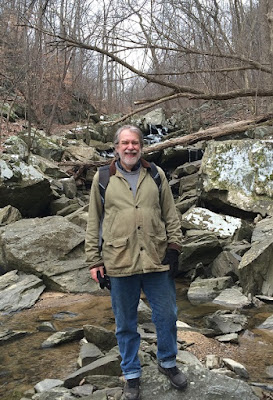