Hellenistic Bronzes at the National Gallery 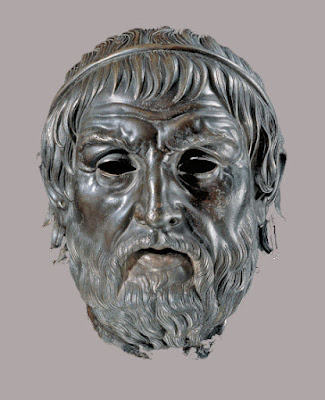 I just saw the exhibition of Hellenistic Bronzes at the National Gallery in Washington, and I loved it. 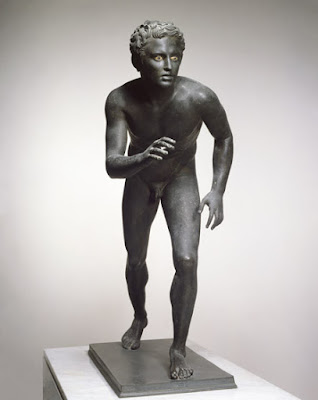 It's an amazing collection, dozens of busts, statues, and figurines, all dating to between 330 and 10 BCE. 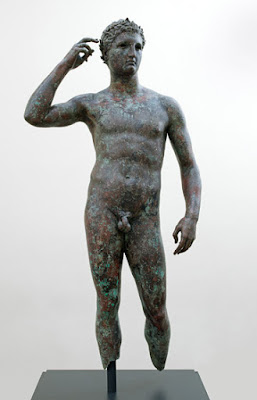 The ancient world was once full of statues like these, 3,000 at Delphi alone. But almost all were melted down, smashed, or lost. Only a few lucky survivors have been found, most of them from shipwrecks. 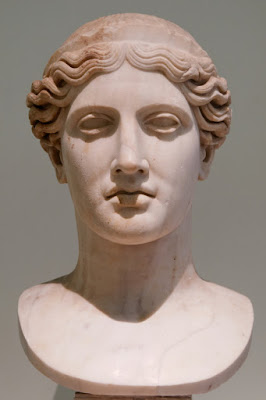 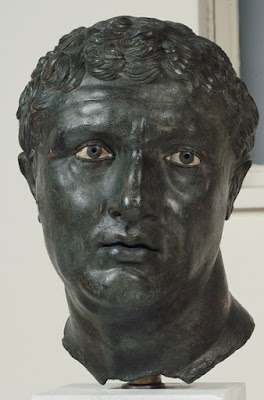 To my mind, the Hellenistic era saw the pinnacle of ancient art. Compare the classical marble head of Artemis above, serene and perfect, to the rich character of the Hellenistic bronze. 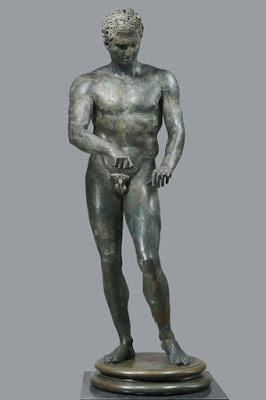 The great innovator in the transition from Classical to Hellenistic sculpture was Lysippos, who was for a while the personal sculptor to Alexander the Great. This is one of several surviving copies of one of his many famous works, the Apoxyomenos or Oil-Scraper. Lysippos is supposed to have made 1,500 sculptures in his life, but none of the originals survive. On display in the exhibit is one of history's most frustrating archaeological discoveries, a marble statue base, its statue long gone, that says, Lysippos made this. 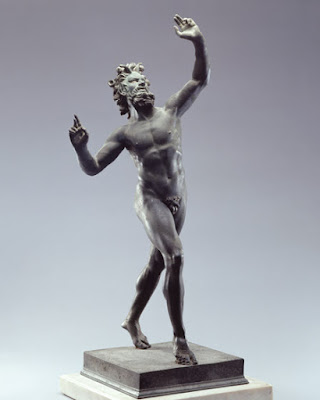 The Hellenistic Age is little taught or studied these days; probably there are twenty times as many books in English on classical Greece of the fifth century BCE as there are on the whole period from 323 to coming of Rome. The best work that I know on the Hellenistic period is Alexander to Actium by Peter Green (1993). The Hellenistic world saw wonderful art and the heights of ancient science and mathematics (Eratosthenes, Euclid, Archimedes). But the classical experiment in democracy and the self-ruling polis collapsed, and the Hellenstic world was dominated by kings and aristocrats. It was an age when the wheel of fortune spun rapidly, empires rose and fell, and many men rose from the barracks to imperial thrones and then fell by assassination. Warfare was constant, and the inhabitants of so many conquered cities were sold into slavery that a special class of businessmen arose who bought slaves by the thousand and then figured out how to get the greatest profit from each. But the interesting parts of history are usually like that. 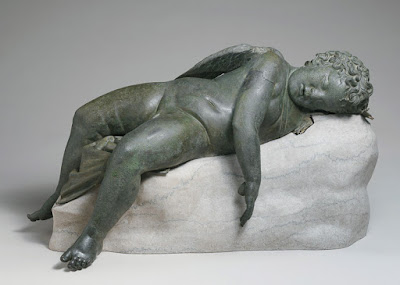 Anyway the exhibit is wonderful, and it is in Washington through March 20.
Posted by John at 7:06 AM