Patrick Joust and the Heads of Presidents 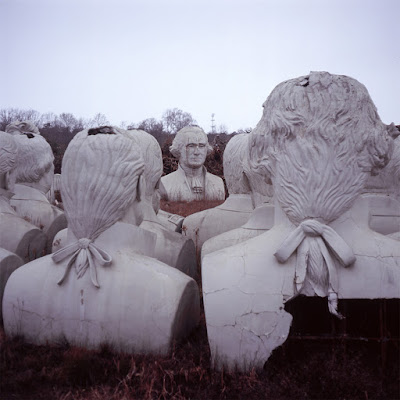 
In Croaker, Virginia stands a sight that would make just about anyone stop in their tracks. 43 ghostly effigies of presidents past crowd together in the tall grass. Some of the 18-to-20-foot busts have crumbling noses. Tear-like stains fall from the eyes of others. All have bashed-in heads to some degree. This could be a scene from the world’s most patriotic horror movie, but it’s all too real—and Howard Hankins’ family farm is just the latest stop on the busts’ larger-than-life journey from iconic pieces of art to zombie-like markers of America’s past. The busts are all that remains of Virginia’s Presidents Park, a now-defunct open-air museum where visitors could once walk among the presidential heads. Presidents Park first opened in nearby Williamsburg in 2004, the brainchild of local landowner Everette “Haley” Newman and Houston sculptor David Adickes, who was inspired to create the giant busts after driving past Mount Rushmore in South Dakota. 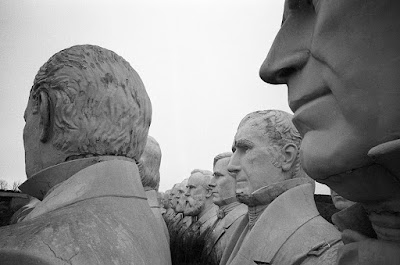 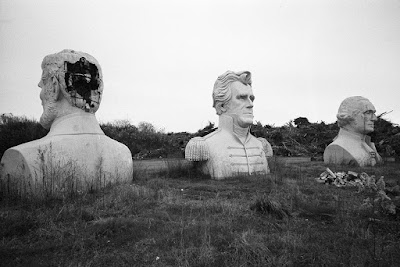 
The pieces are already faded and peeling from the elements and display a number of structural scars from repeated moves. The post-apocalyptic scene is reminiscent of the final moments of Planet of the Apes, or a modern take on the giant mysterious heads sprawled across Easter Island. A few of the presidential busts have been a bit more lucky: Abraham Lincoln’s bust now rests in front of the the Lincoln RV Park in Williston, North Dakota, and Theodore Roosevelt’s bust sits outside the Roosevelt Inn in Watford. 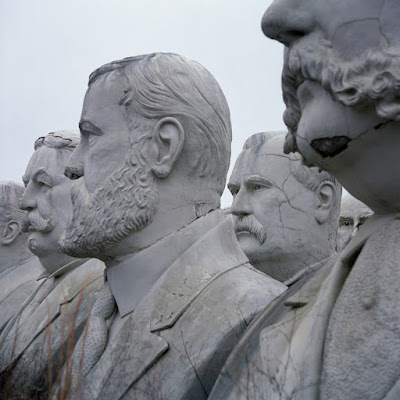