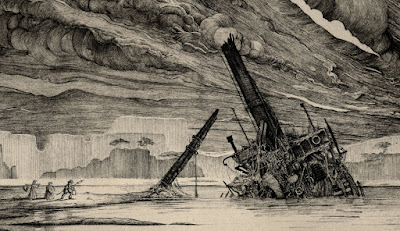 Philippe Mohlitz is a French engraver born in 1941. He is considered one of the most technically skilled copper-plate engravers in the world, "a true virtuoso of the burin." Sadly the images I can find of his work online are almost all too small to really do justice to his extremely detailed cities and machines. The one above is a large file, worth clicking on. 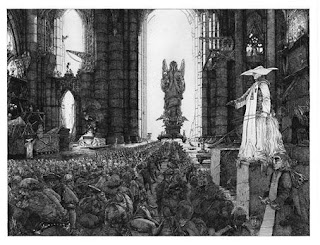 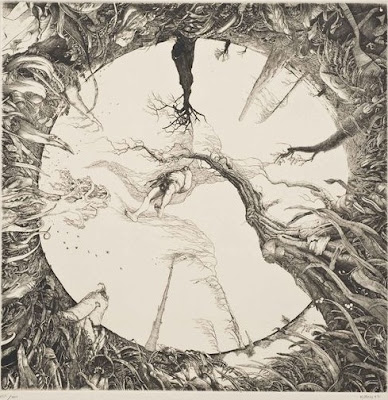 Along with Gérard Trignac and Érik Desmazières, Mohlitz is part of the French "Fantastic Art" movement. L'art fantastique draws on the European surrealist tradition, and on symbolists like Odilon Redon and Rodolphe Bresdin. But it developed in new directions through involvement with the classic science fiction of the 1960s. I confess that I used to have rather stereotyped views of France, and I was startled to discovered that there is a whole subculture of French techies who reject French intellectual life and admire American and British science fiction, from Ray Bradbury to Star Trek and Star Wars. 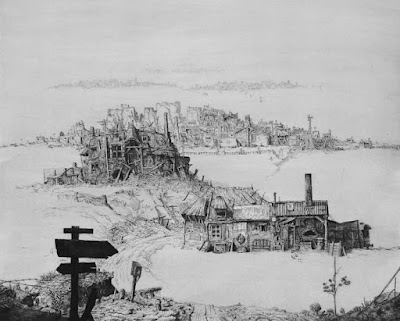 Mohlitz has a strong post-apocalyptic theme in his art. He loves ruins and shacks thrown together from flotsam. Which makes it surprising to me that he is not more popular in North America these days. 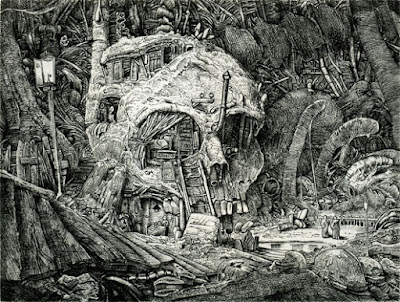 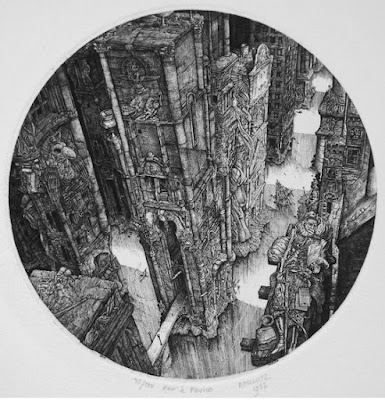 Mohlitz is far from a happy artist:


His bizarre images of decay, war, and weird deserted lands are drawn from the realms of science fantasy, whilst following firmly in the Surrealist tradition. Rich in detail, his images of strange aviators aboard weird flying machines, balloons, ships, tanks and warfare, set in impossible landscapes, are filled with a pervasive sense of the macabre. Death haunts these visions and nightmares in their peripheral details of gruesome sexual content and morbid eroticism. The grotesque decaying corpses of buildings, machines and people, often overgrown with vegetation, fill these inspired works with horror and macabre delight. 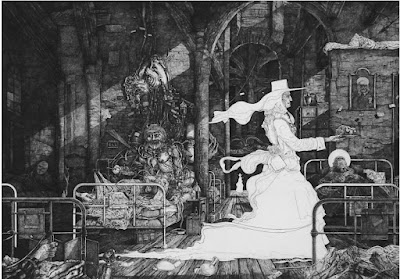 The Minister of Health, another large, detailed image. 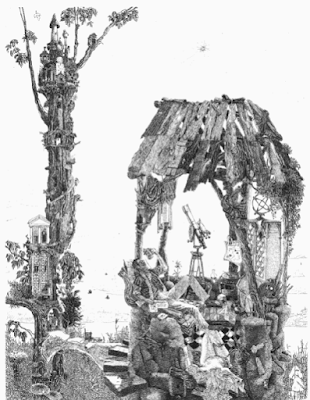 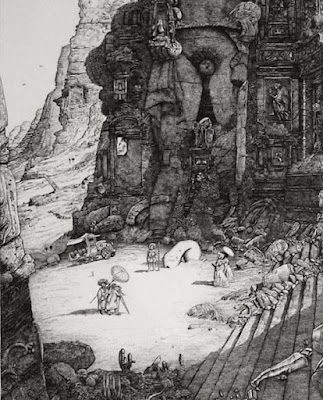 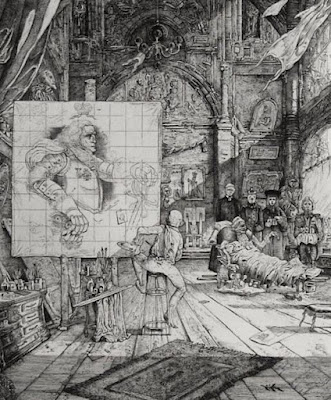 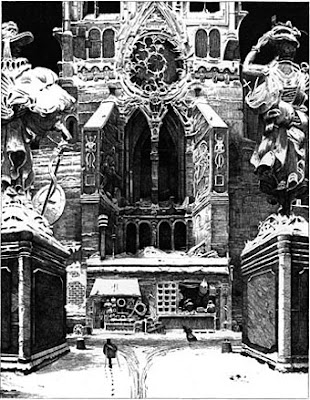 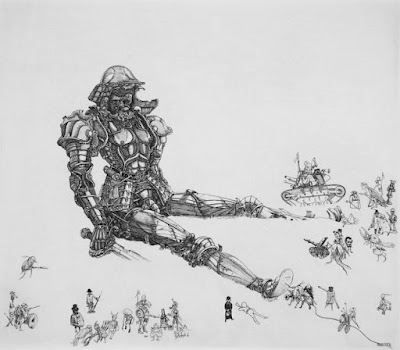 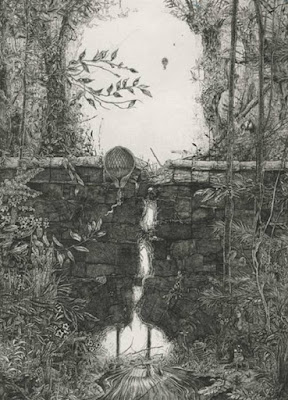