The Ice Princess and her Tattoos

Besides the male warrior whose tattoos I already wrote about, there is another tattooed body from the frozen tombs of the Altai. The body known as the Ice Princess, or Princess Ukok, excavated in 1993, also had preserved tattoos, in a very similar style to those of the warrior. Above, the fantastic deer on the princess's arm, and a drawing. 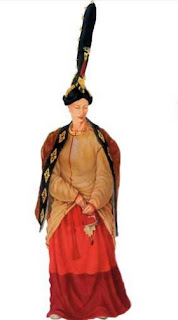 Rendering of her costume. Silly hats!


From the inside the mummy was filled with herbs and roots. Her head was completely shaved, and she wore a horse hair wig. 'On top of the wig there was a symbol of the tree of life - a stick made from felt, wrapped with black tissue and decorated with small figures of birds in golden foil. 'On the front of the wig, like a cockade, was attached a wooden carving of deer. 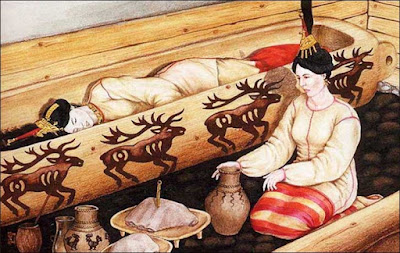 Reconstruction of the burial scene. The princess was from the Pazyryk culture, nomads of the central Asian steppes. The Pazyryk were related to the Scythians; the main difference is that while the Scythians had close relations with the Greeks and Persians, the Pazyryk traded with China. The princess was buried in the high mountains of Kazakhstan around 500 BCE, in a log coffin. She was dressed in a Chinese silk shirt and felt-lined boots. She had no weapons, but six horses were buried around her, and she had a variety of other lavish grave goods. There were no other people in the tomb, which is unusual for a high status Pazyryk burial, and Russian archaeologists have speculated that she was a priestess or shaman. She was 25 to 28 when she died. 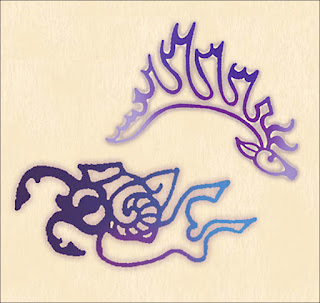 Much of her skin did not survive, but what did remain was heavily tattooed. Drawing of the tattoos on her fingers. 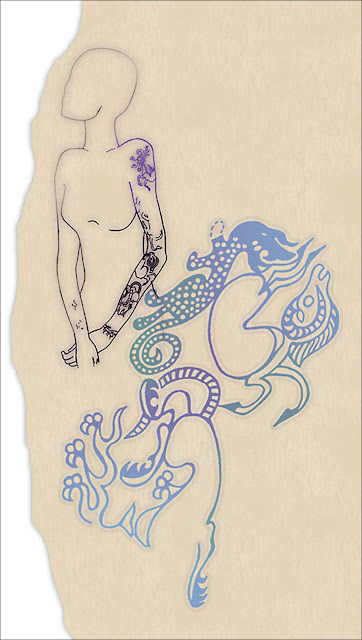 More tattoos on her arm and shoulder. 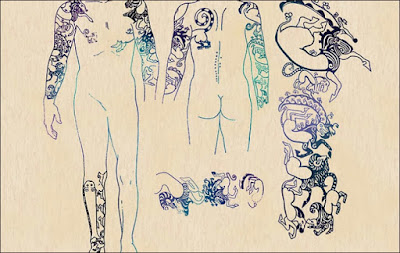 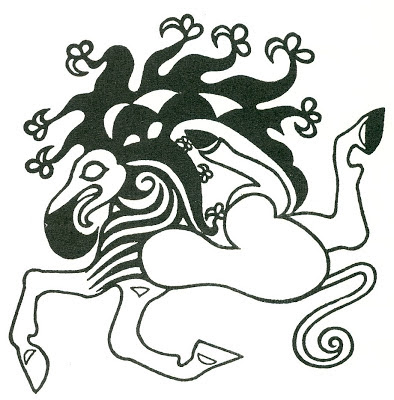 For comparison, drawings of the tattoos on the male warrior. When you imagine the distant past, you have to remember that tattooing is very ancient and has been practiced by a majority of the known human societies. So besides dressing everyone in silly hats, you have to give many of them elaborate tattoos.

This is in the news because various indigenous people in Kazakhstan and Siberia have protested that the princess remains in a museum and demanded that she be reburied. One leader quoted in the Siberian Times said that his region is experiencing frequent small earthquakes, which he thinks will continue until the princess receives a proper burial:


She may be a mummy but her soul survives, and they say a shaman communicated with her and she asked to go home. That's what the people want, too. . . . We're having earth tremors two or three times a week. People think this will go on as long as the princess's spirit is not allowed to rest in peace.

But at a recent meeting on the matter, the lead Russian archaeologist wasn't having it:


Drachevsky travelled to Kosh-Agach and told residents that the mummies would not be returned, saying they were serving important scientific purposes, and that he was 'simply uncomfortable hearing about angry spirits, as if we were living in the Middle Ages'. 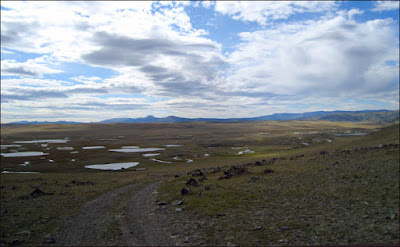 The Ukok Plateau, where the frozen tombs have been found. More on the amazing finds from this region here and here.
Posted by John at 4:57 AM