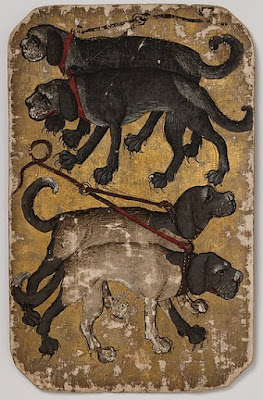 These wonderful Renaissance playing cards were made in southern Germany around 1430. They were either made for the Dukes of Bavaria or soon came into their collection; they are mentioned in a 1598 inventory of their treasure chamber. (Four of Hounds) 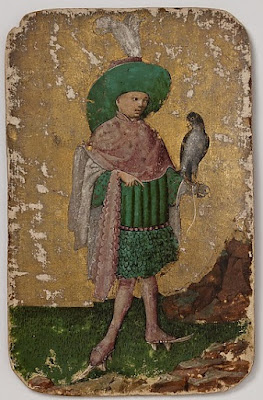 They have four suits: falcons, ducks, hounds and stags. (Knave of Falcons) 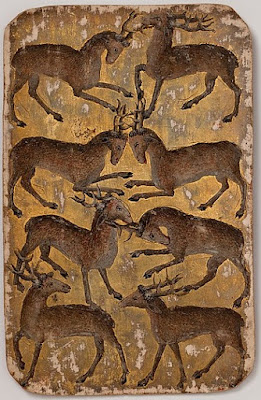 They are currently on display at the Met:


The court cards for the suits of Falcons and Ducks are male while those for Hounds and Stags are female. This segregating of the sexes may seem odd to us now, but a description of playing cards written in 1377 noted a pack of fifty-two with just such a sequence. The imagery of the Stuttgart cards implies two different types of hunts. The kings and their courts preside over the falcons, which were trained to strike their prey (in this case, ducks), while the queens and their courts dominate the hounds, which were used to bring down large game (here stags). . . .  The youthful, elegant court figures evince the innocence and vitality of a privileged people untroubled by coarse quotidian concerns. Thus, in this deck the hunt serves as a metaphor for a world where man and beast cohabit in concord, where the cares of life evaporate—a blissful idyll with little basis in late medieval reality. 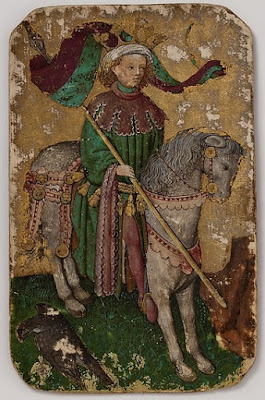 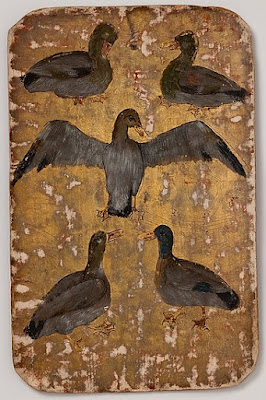 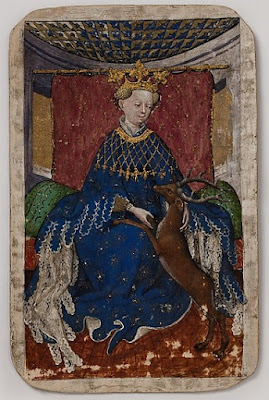 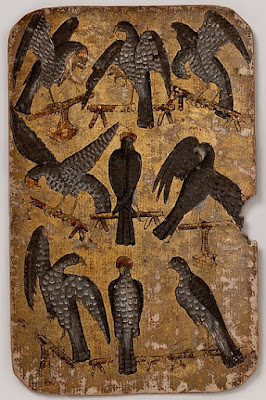 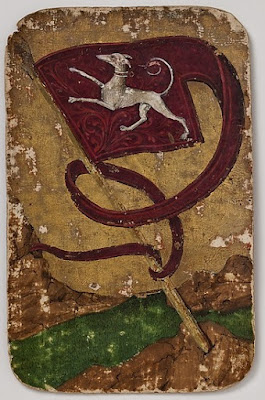