The Well of St. Mary Spital 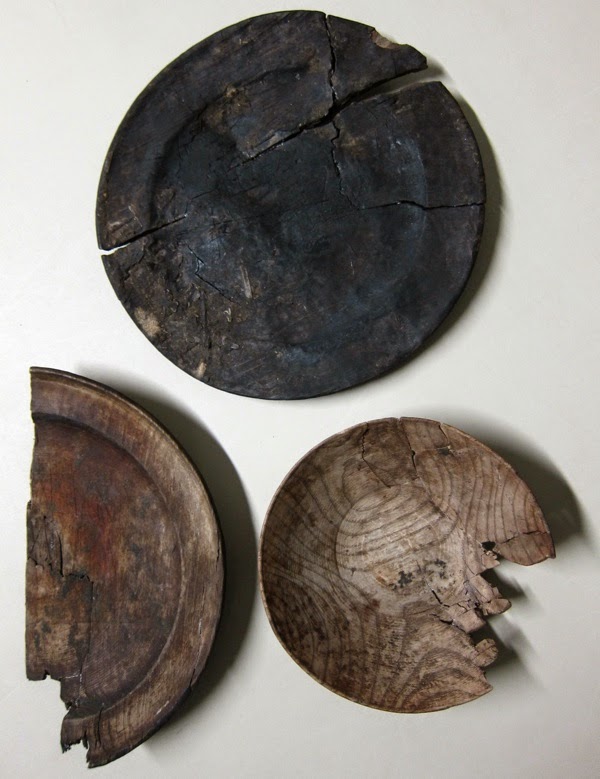 Back in the 1980s archaeologists excavated a medieval well in Norton Folgate, east London. It was full of delightful 13th-century artifacts, believed to have come from the old hospital known as St. Mary Spital that gave its name to Spitalfields. Most famous are 18 wooden plates; these are important because they so rarely survive on archaeological sites, but they are what most medieval people ate off of. 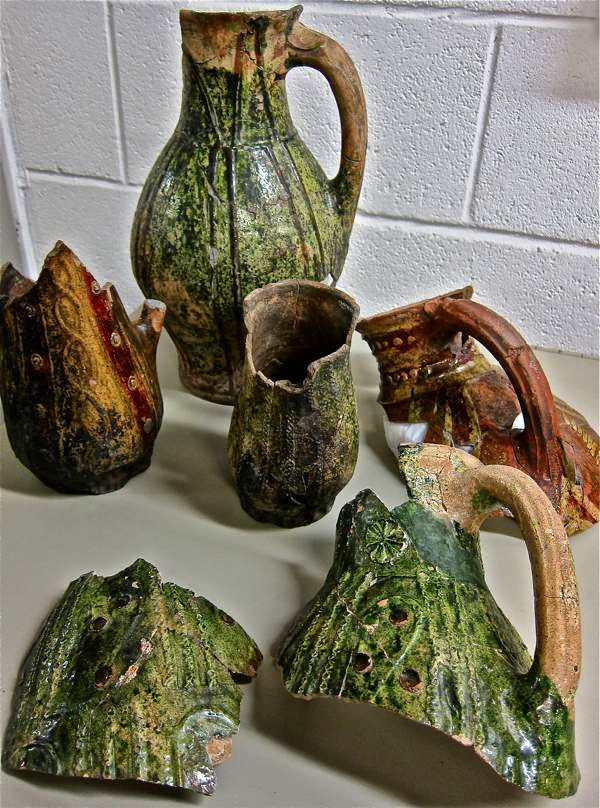 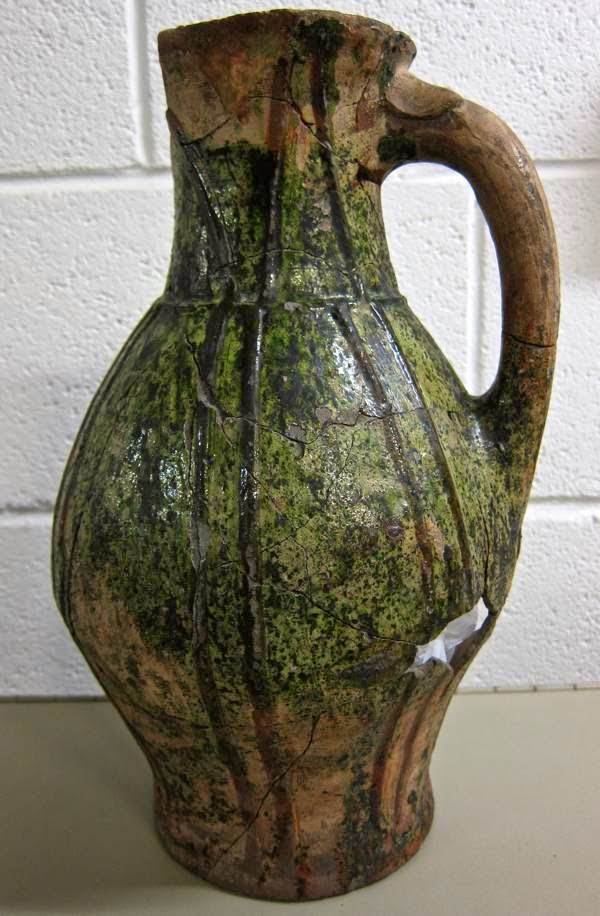 Thirteenth-century pottery. This is made from pale clay and not very high fired; British archaeologists call it "whiteware," but it is nothing like the "whiteware" made in the nineteenth century. The green glaze is copper. 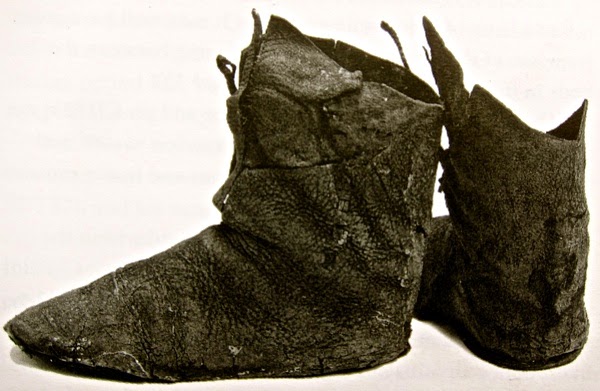 A pair of thirteenth-century shoes. 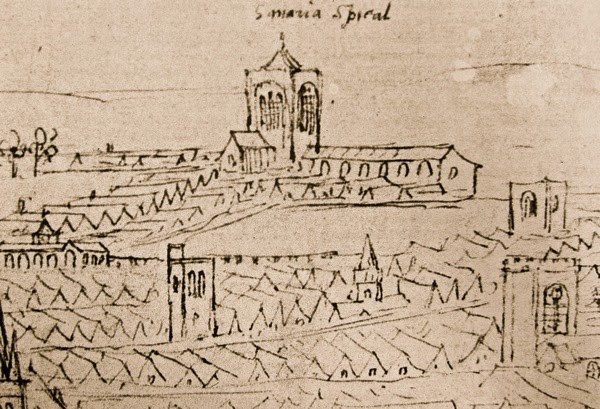 View of St. Mary Spital in Elizabethan times. More at Spitalfields Life.
Posted by John at 7:27 AM