Peeking Inside a Viking Treasure 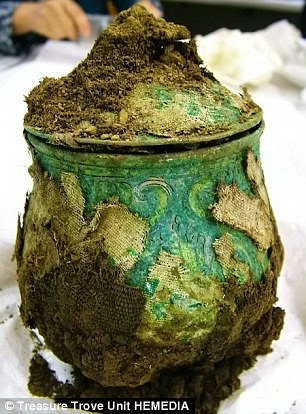 Back in September, metal detectorist Derek McLennan found a Viking treasure trove with more than 100 objects near Dumfries in Scotland. One of them was this 9th-century Carolingian pot, which the archaeologists were unable to open and didn't want to break. 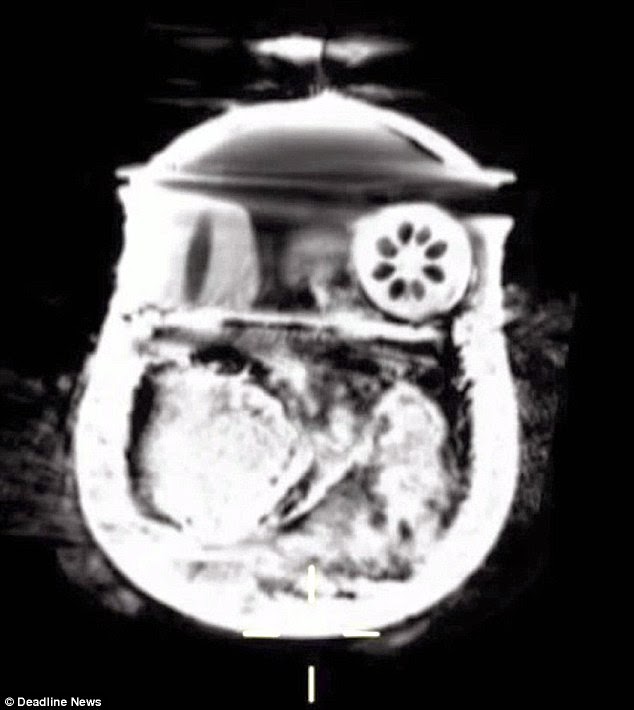 So they send it to the hospital for a CT scan. According to the Daily Mail,


The circular shape in the upper right corner is said to be an ornate bead. The dome object to its left is a bone or ivory bead, and the coil curling from the bottom left to the centre is five brooches. But the rectangular shape at the centre remains a mystery.

This matters, I suppose, because the authorities want to buy the artifacts from the finder under the treasure trove law, but can't do that unless they can estimate the value of the objects sealed in the pot. I can just imagine a gaggle of solicitors gathered around this scan, arguing about the potential market value of this or that shadow. 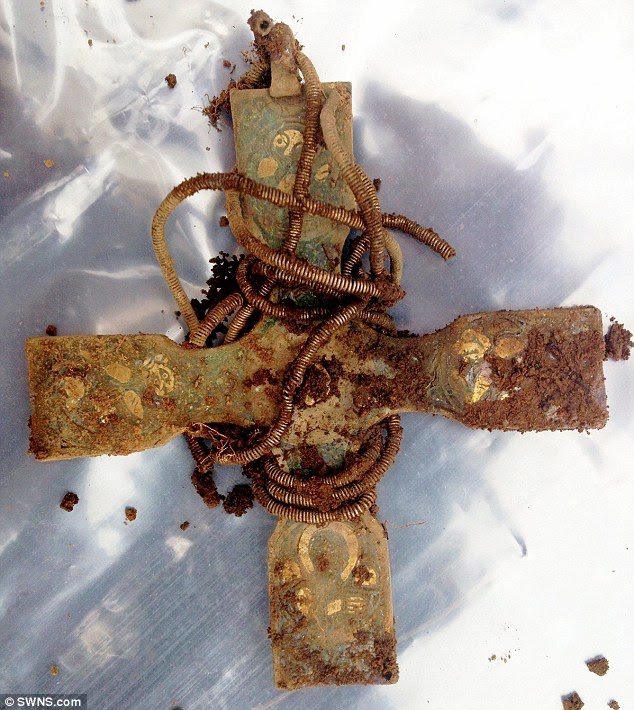 A bronze cross from the hoard.
Posted by John at 7:04 AM