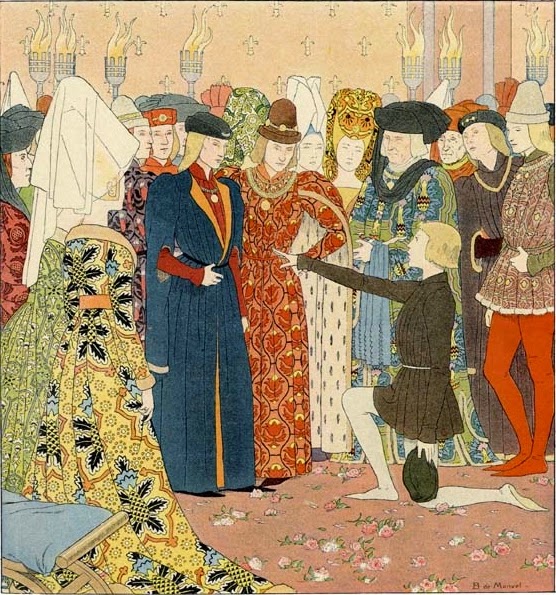 Louis-Maurice Boutet de Monvel (1851-1913) was from an accomplished family, grandson of a famous actor and son of a noted chemist and author of textbooks. He attended the best schools in Paris and then the école des Beaux-Arts and the académie Julian. In 1873 he showed his first painting in the Paris Salon. His subject matter was academic -- historical and Biblical scenes -- and his style influenced by Jose de Ribera and other followers of Caravaggio. 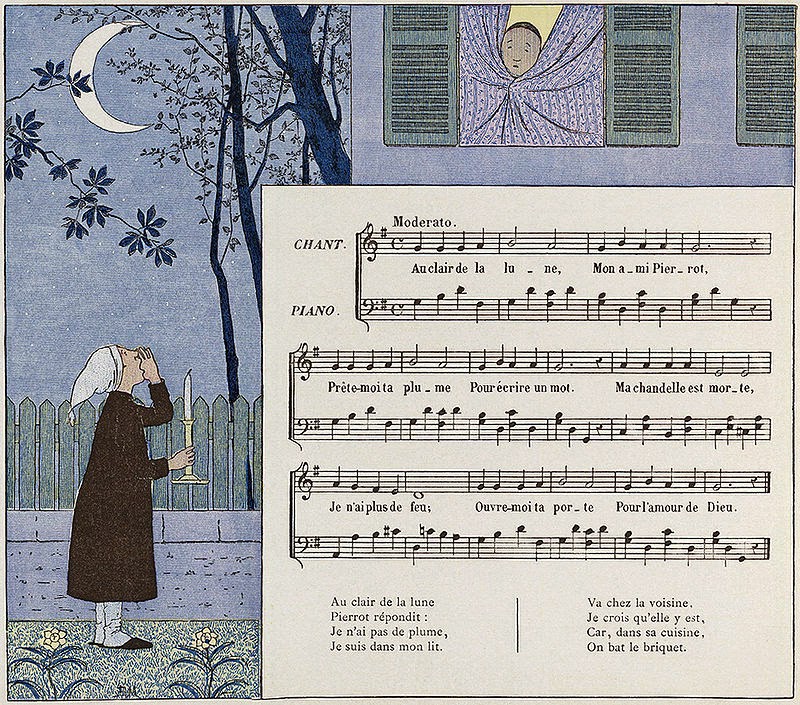 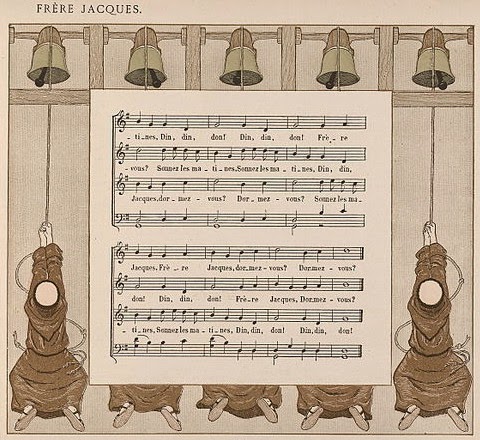 Yet this early promise never led to a satisfactory career as a painter. To support himself and his family he turned to illustration, producing his first children's book in 1883. This was Vielles Chansons et Rondes pour les Petits Enfants (Old Songs and Rounds for Small Children), a little masterpiece that was reprinted many times and translated into several languages. 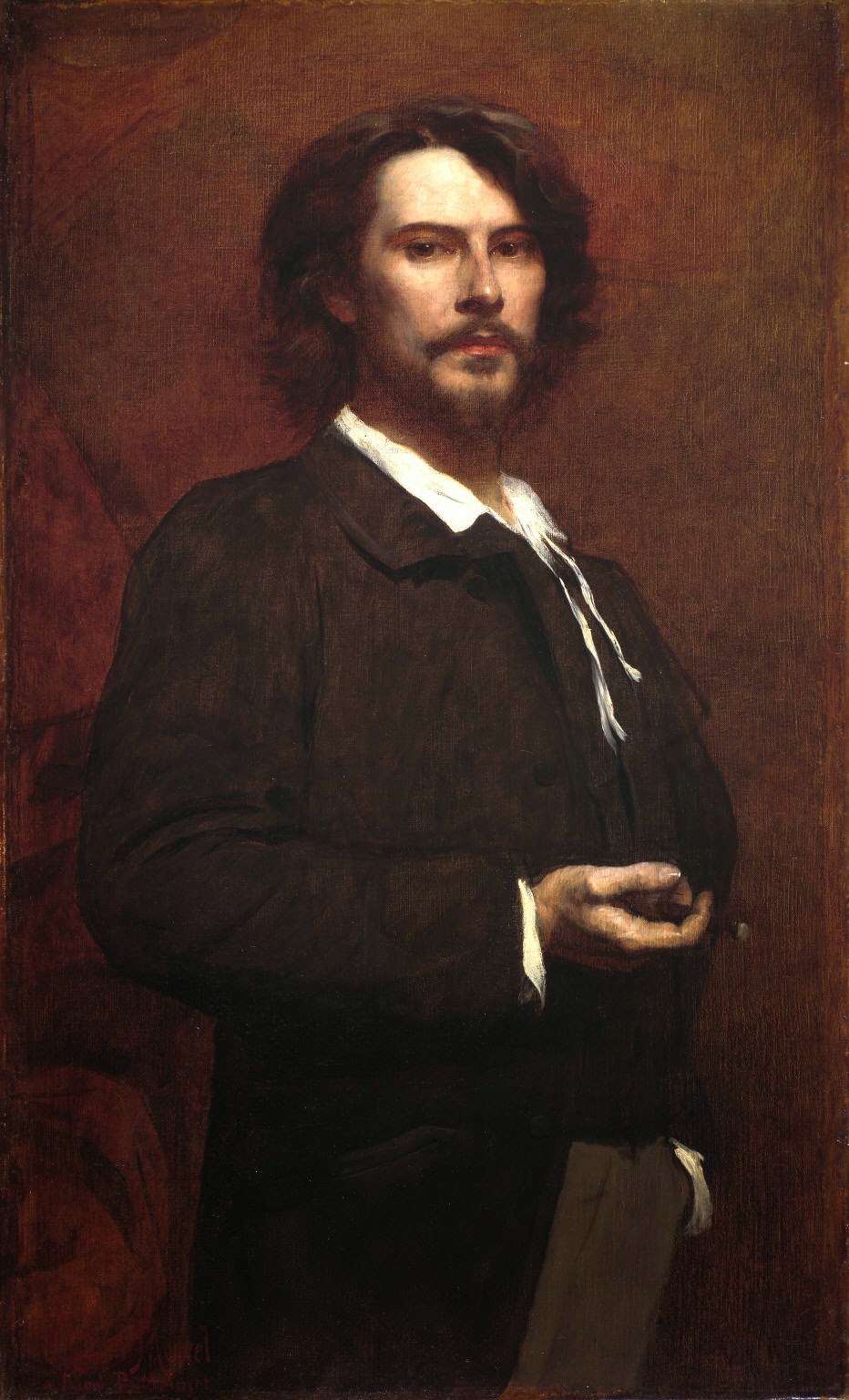 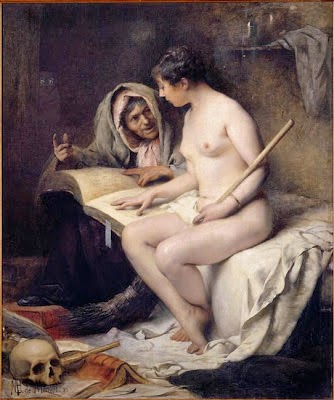 As fate would have it, Monvel's academic paintings are almost completely forgotten -- only three or four (I'm not sure about one) come up in a Google search. His fame rests entirely on the work he did reluctantly, to pay the bills. Here are two Monvel paintings, Portrait of Paul Mounet (1875) and Lesson before the Sabbath (1880). 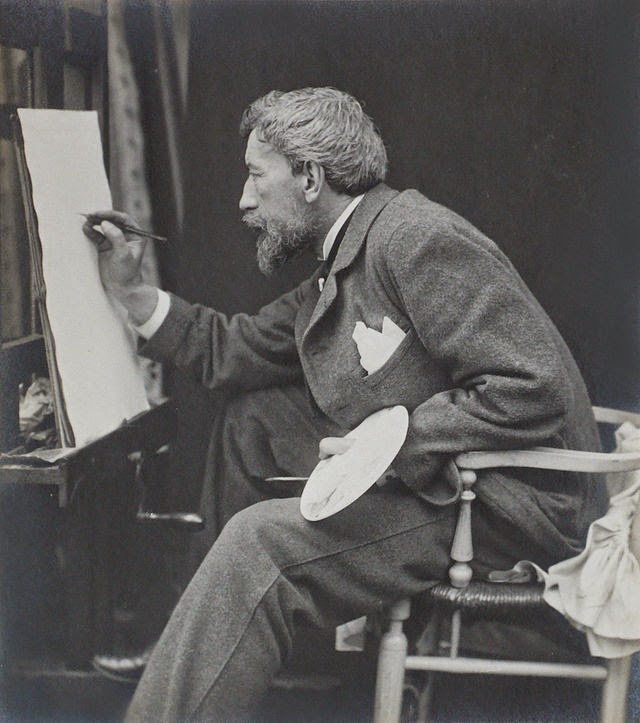 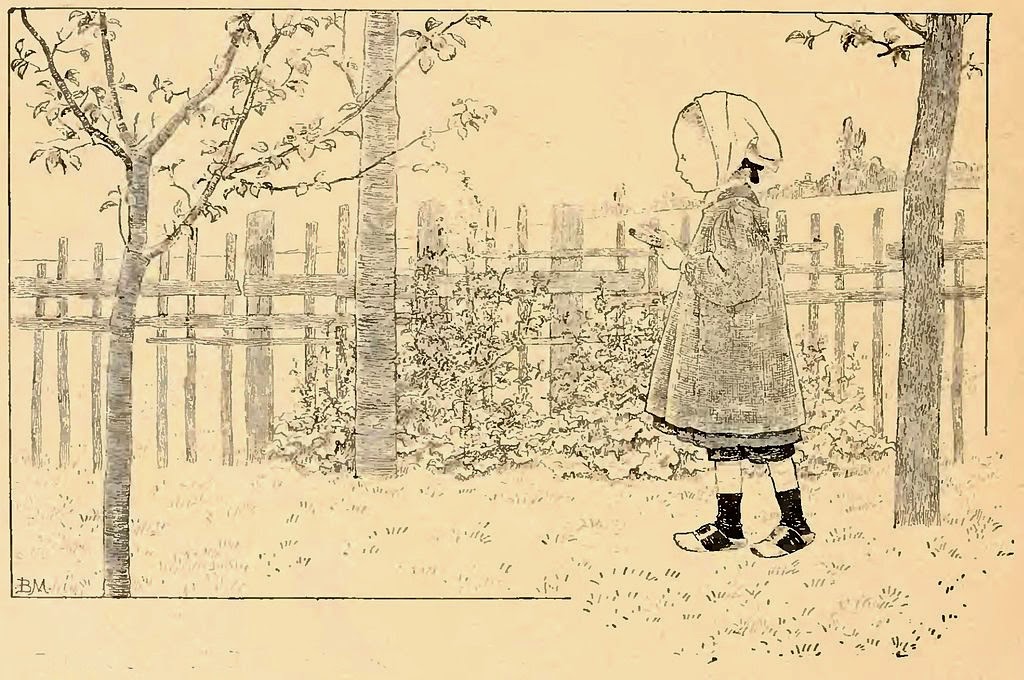 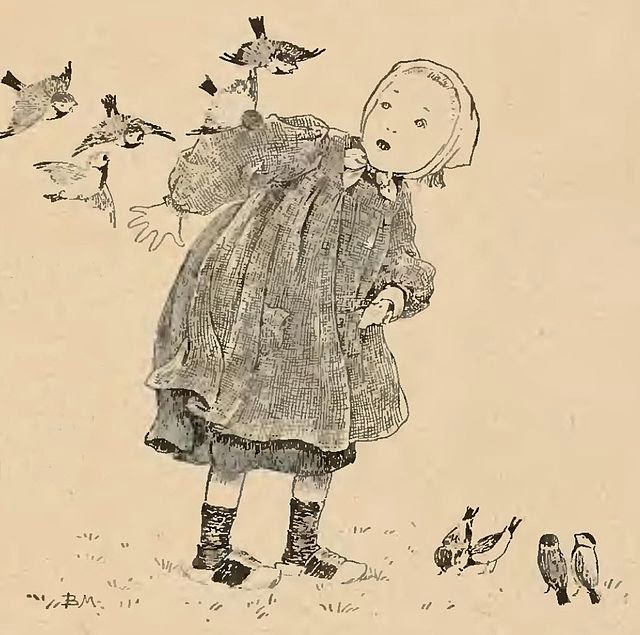 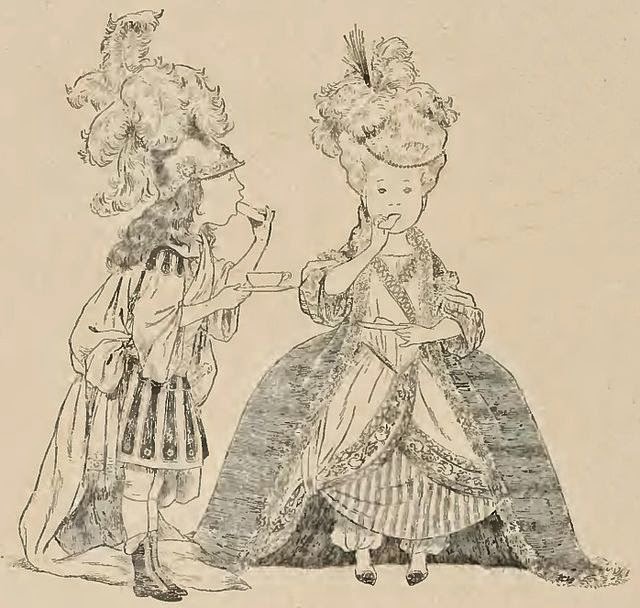 Monvel's next great success as an illustrator was Anatole France's Nos Enfants (1887). 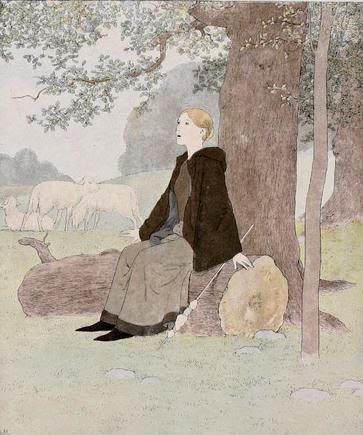 But Monvel is best remembered for his Jeanne d'Arc (1895), a book he wrote, designed and illustrated entirely himself (full book here). Above, Jeanne first sees the angel come to give her her mission; at the top of the post, Jeanne first meets the Dauphin. 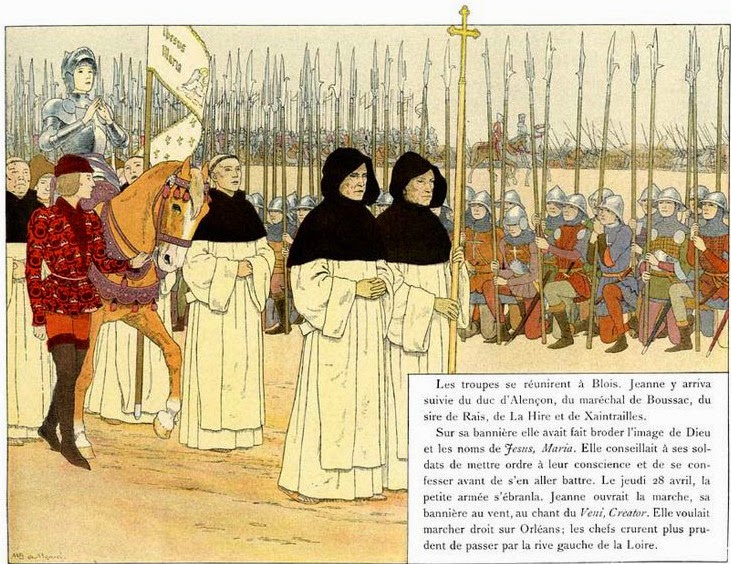 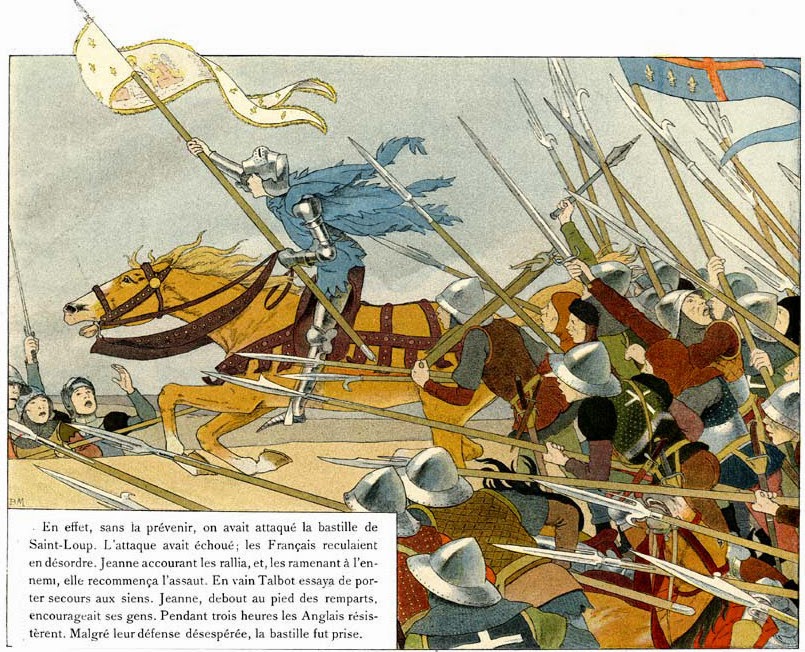 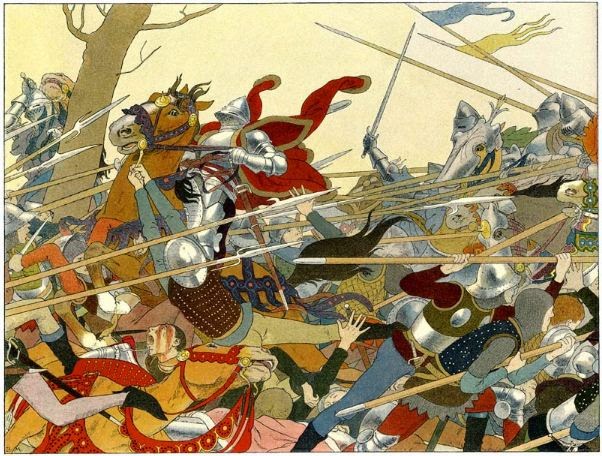 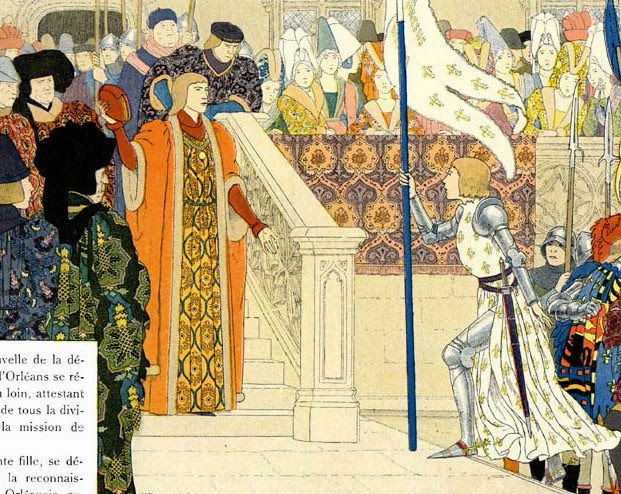 Scenes from her military career. Monvel had a brief military career of his own. After the battle of Sedan in 1871, in which he Prussians crushed the French, Monvel volunteered for the Army of the Loire, which intended to defend the south of France against the invaders. But Bismarck was not really interested in conquering France, so he simply imposed the terms he wanted, helped a conservative French government defeat the Paris Commune, and went home. But perhaps this experience influenced Monvel's lifelong fascination with France's savior girl. 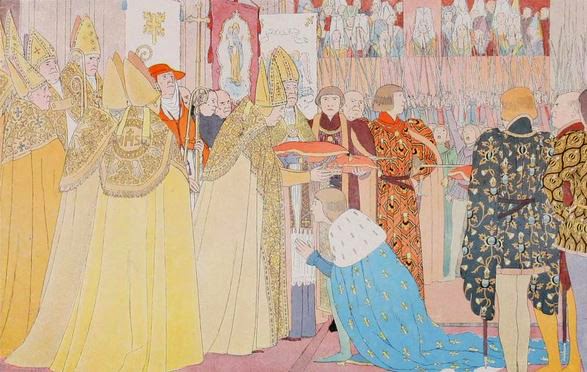 The coronation at Rheims. 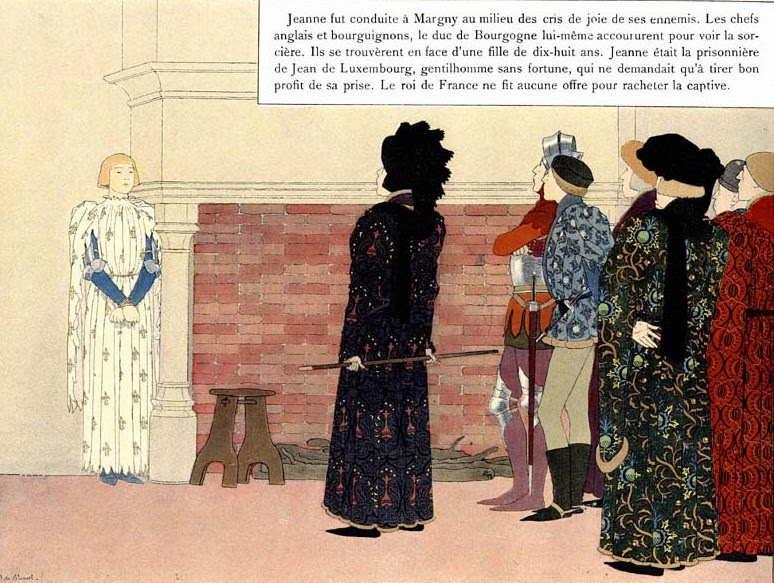 After her capture, she confronts the leaders of Burgundy and England. 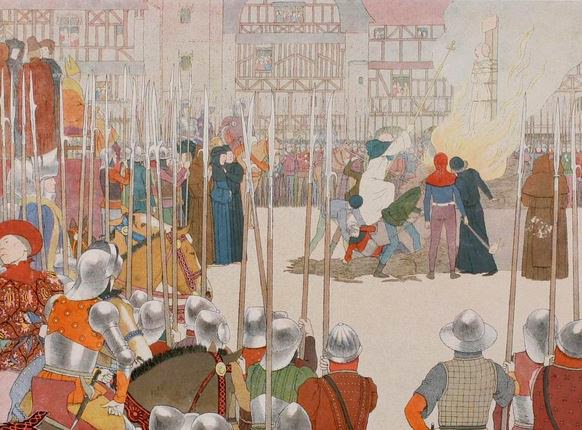