The Genes of 69 Ancient Europeans 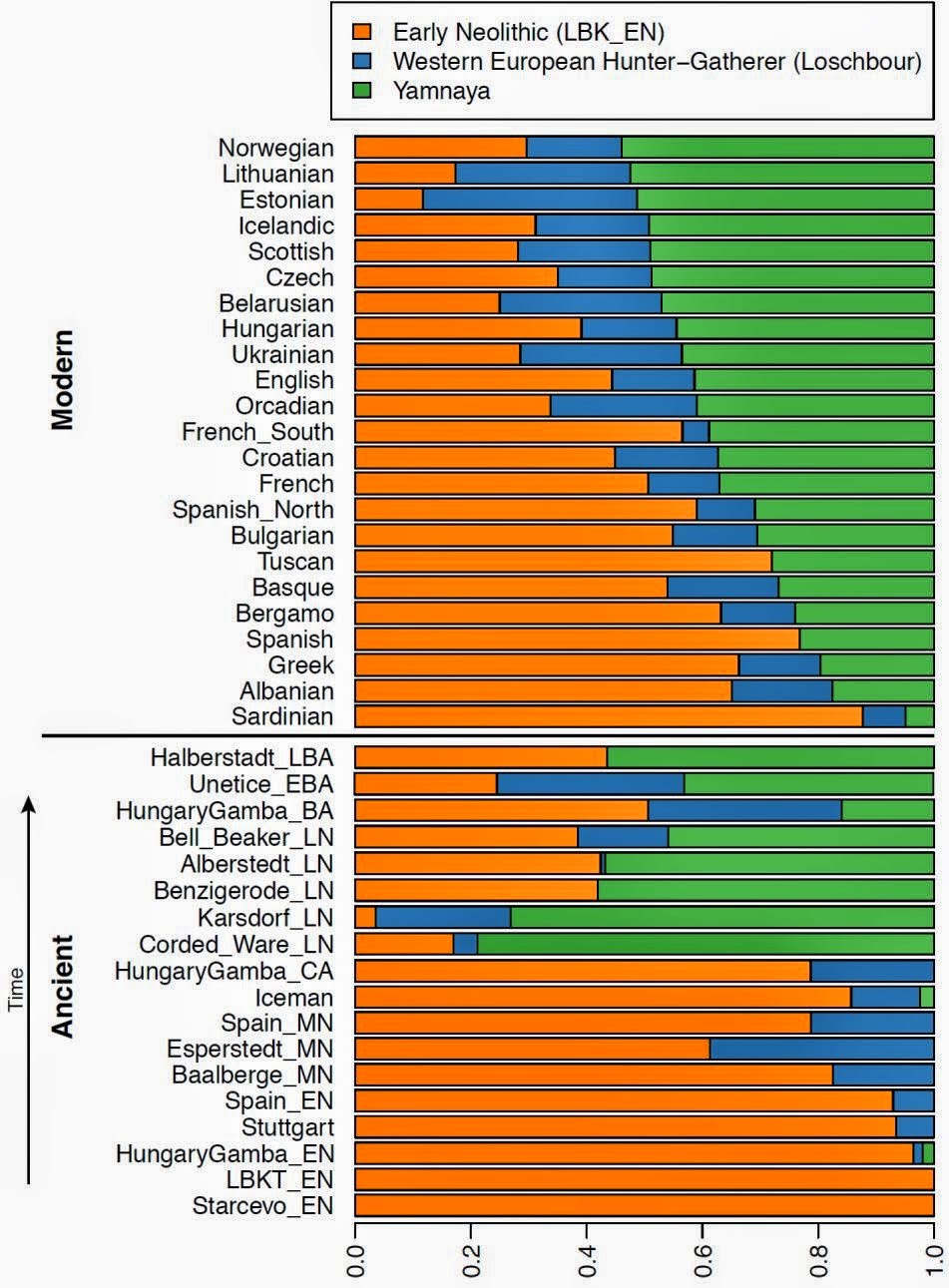 The latest on the genetic history of Europe is a report by Wolfgang Haak et al. that examines the DNA from 69 ancient European skeletons. To summarize:


Our results support a view of European pre-history punctuated by two major migrations: first, the arrival of first farmers during the Early Neolithic from the Near East, and second of Yamnaya pastoralists during the Late Neolithic from the steppe. . . . These results provide support for the theory of a steppe origin of at least some of the Indo-European languages of Europe.

This technology is progressing very rapidly and you should not consider these results proved. I urge particular caution about the table I reproduced, with its apparently precise measurements of admixtures. ("Yamnaya" is what these authors call the steppes people who migrated into Europe around 5000 years ago, probably bringing Indo-European languages with them.) But I will say again, at the risk of becoming a great bore on this subject, that all the genetic data points to major movements of populations in the past and a great mixing of genes. No modern population evolved in place without major influxes of genes from outside. Neither genes nor languages wander around the world by themselves; they are carried by people on the move.
Posted by John at 12:22 PM