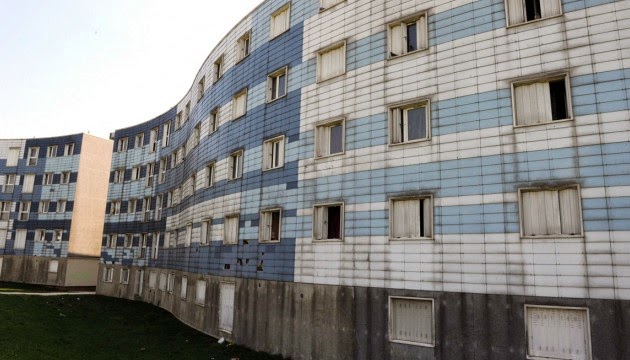 One of the Charlie Hebdo shooters lived in a village about 15 kilometers south of central Paris known as La Grande Borne. This is what it looks like. 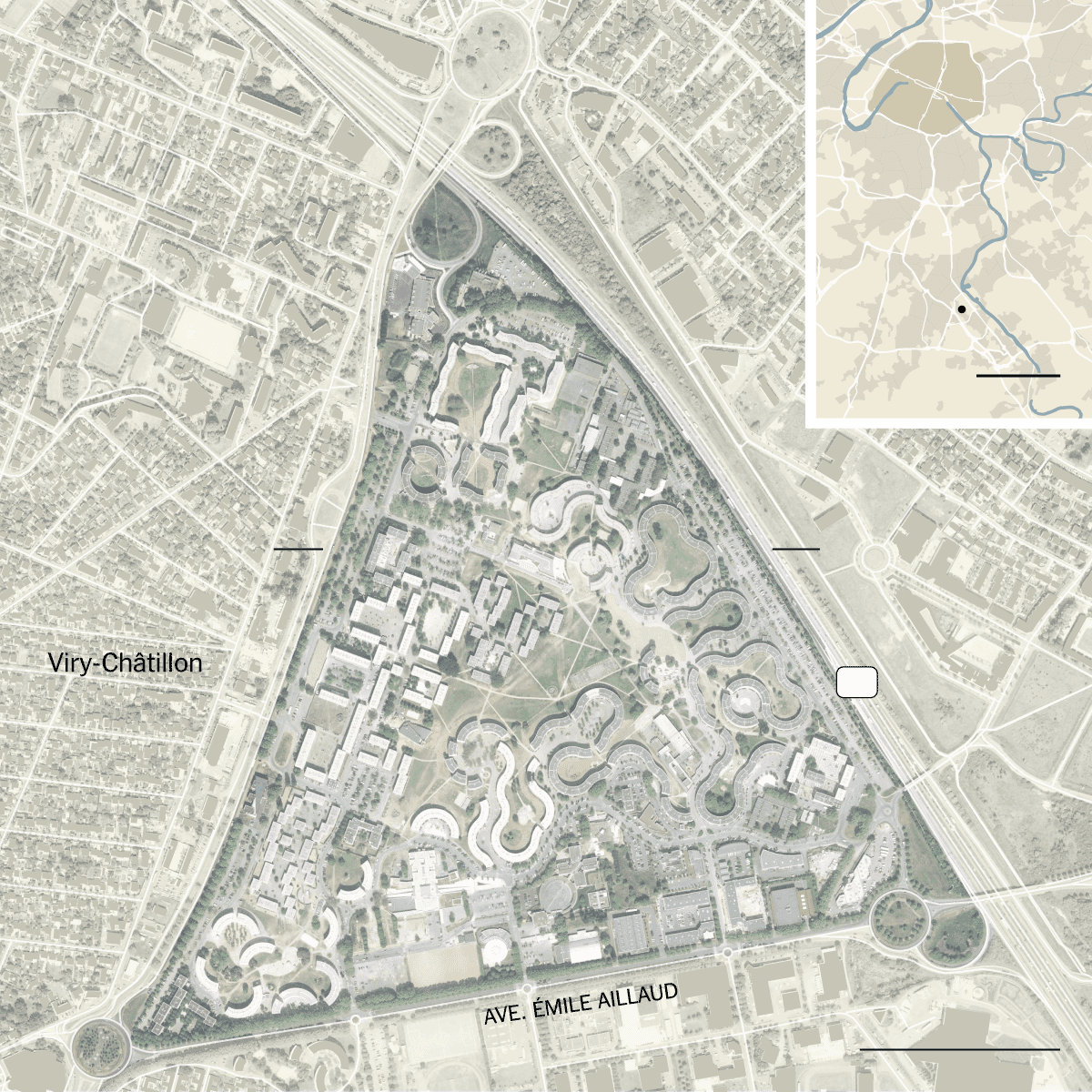 The community has 3600 residences and a population of around 16,000, a majority of them African migrants and their children. It was built in 1967-1971, so of course it is ugly, but I confess that I have seen much worse. The architecture alone hardly accounts for this being "one of the most difficult housing projects in France." The youth unemployment rate of 40% is no doubt a big factor. 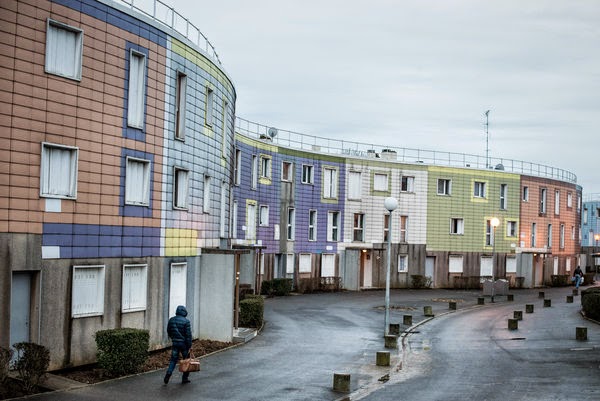 The local mayor, reaching for words to convey the depth of deprivation in the area, noted that there is only one small bakery for the entire population. How can they become French without bread??? Many other small businesses have gone bankrupt as well. 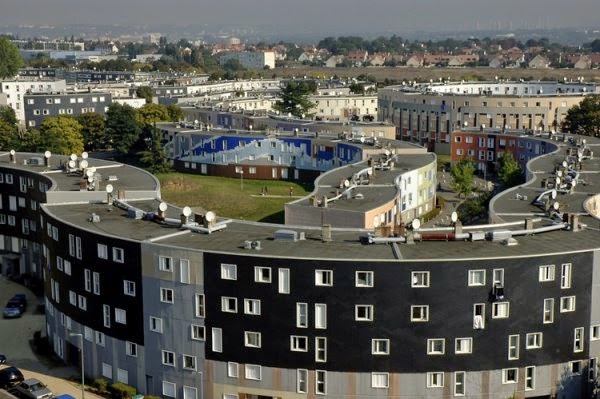 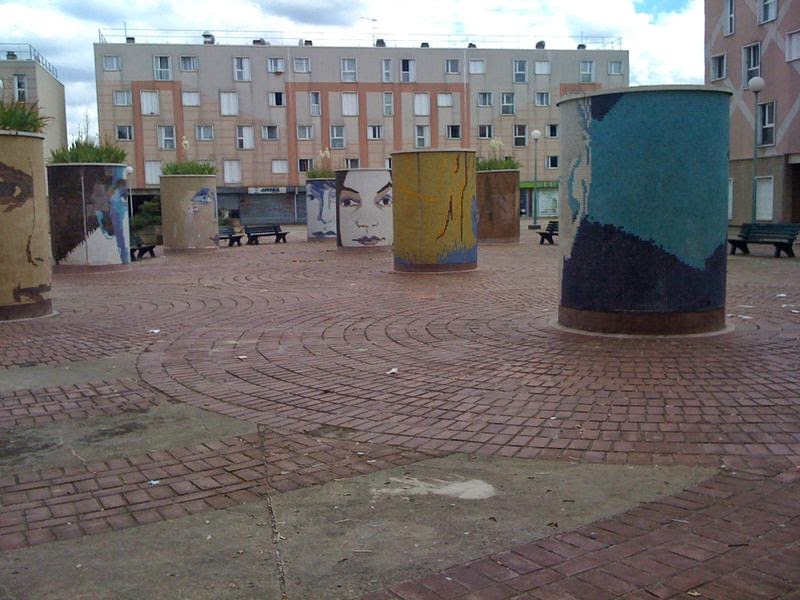 The architect, Émile Aillaud, wanted to design a "children's city," where a strong community would as much as possible make up for broken families and overwhelmed or absent parents. Most of the apartments have two to four bedrooms, to encourage families. The plan virtually excludes automobiles and limits their speed with winding roads, to protect children playing. The labyrinthine layout, with many hidden parks and surprising places, was designed to encourage children to explore. Aillaud had the notion that the best size for a playgroup was between 3 and 8 -- "more than the Fates and less than the Muses" -- and the size of communal blocks was designed to achieve such groups of children as much as possible. He also thought that sadness was as important for the development of children as happiness, and wanted some of the spaces to promote

Which I would translate as


a sort of maturity created by pathways formed from solitude and surprises, by a series of places with hidden power. To make a city adapted for melancholy.

And I in no way want to mock that; I love the notion of a town built so that children will delight in exploring it. 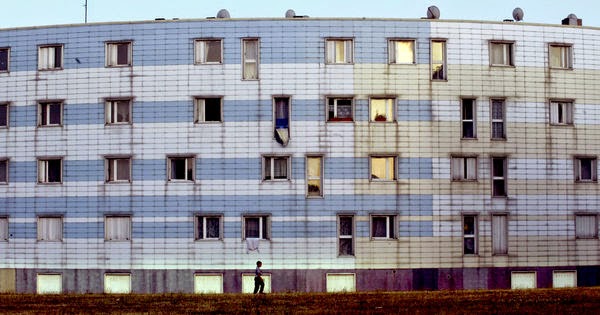 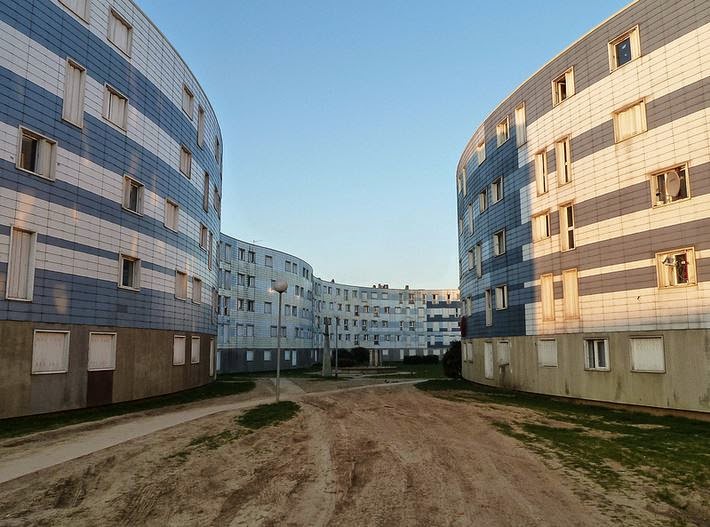 But the fate of La Grande Borne shows again how hard it is to shape human society, and how much depends in the end on economics. When people don't have jobs, it's hard to make anything else come out right. I can imagine that one day France will have a generation of writers and artists who draw on the childhood spent in communities like this one, but in the meantime they are places of anger and despair. 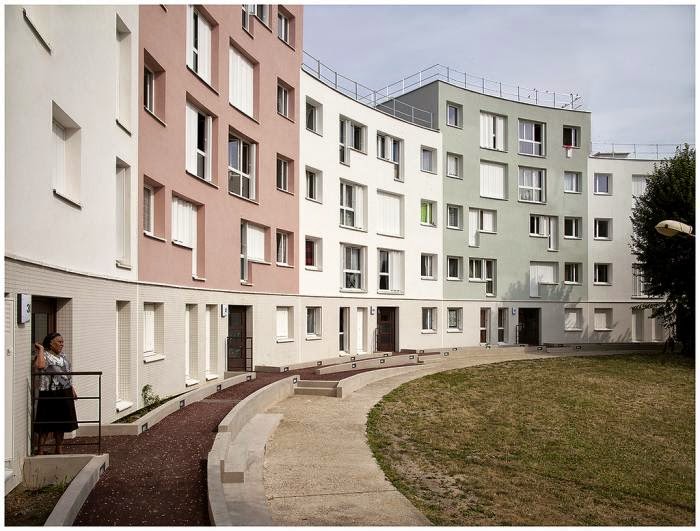 Really, the notion of housing projects is itself absurd. Studies keep finding the best way to help the poor is to give them money and jobs. But instead of doing that and helping the poor to be able to afford normal homes, we figure wouldn't it be cheaper and easier just to make "discount housing"? I mean, why elevate the poor to a higher standard of living when you can just sell to their limited current price range with lower quality homes instead?

So then we have opportunistic architects out to snag lucrative construction projects designing the architectural equivalents of sardine cans - as space efficient as possible for as cheap as possible, with just enough color slapped on the exterior to make it marketable. All the people who sign off on the project are wealthy enough to not have to live there, so it's easy to praise it as some great community service. Then when it's built, the poor don't move there because they want to - they move in because it's cheap, and they're struggling enough as it is.

So now you've got all the poor people packed away in one place out of sight away from the rich, and there's no real incentive for the people in charge to care about anything other than collecting rent. There are no jobs in the area? Not our problem! The school system isn't inadequate for the local population density? Take it up with the city! Local drug and crime rates are climbing? Call the chief of police! Look, if you don't like living here, go live somewhere else, you cheapskate ingrates!