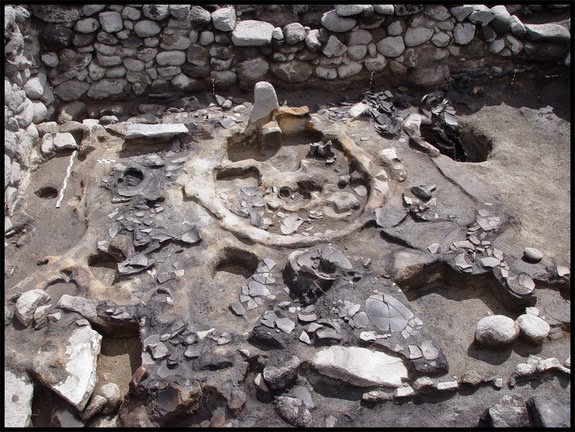 Over the past few years excavations at the hilltop fortress of Gegharot in Armenia have uncovered three similar shrines that the excavators think were used for divination rituals. Animal bones, flour (ground with grindstones in the shrines), and colored stones were cast in various ways to predict the future. The site dates to the late Bronze Age, c 1300 BCE. 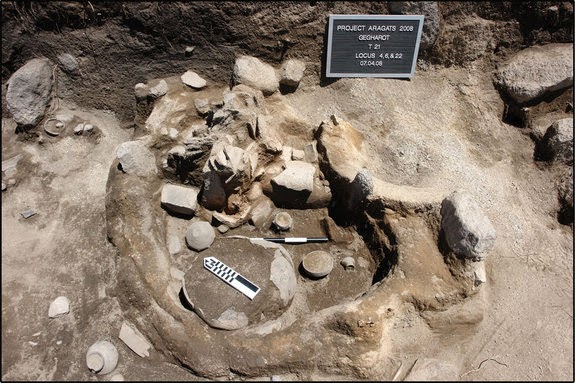 Because of the prominent placement of the shrines, the excavators think the rulers of Gegharot participated in the rituals, and indeed that they were a key part of rulership. 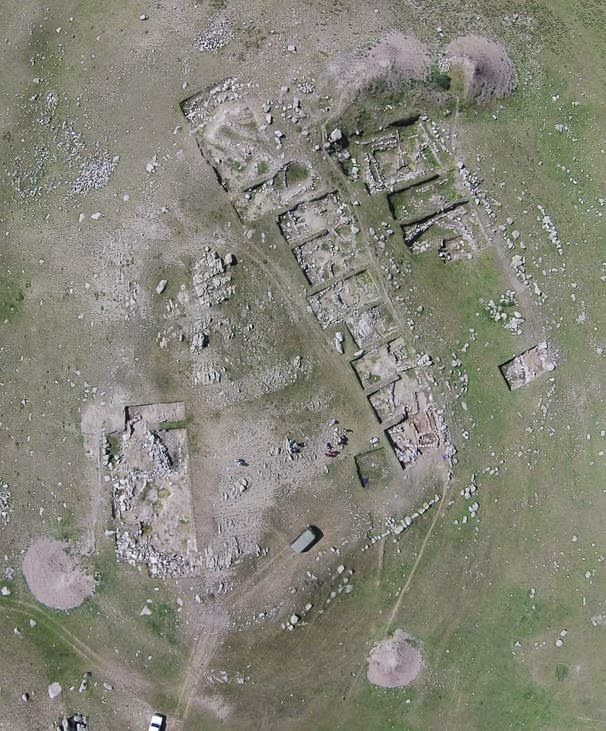 Overview of Gegharot, from the website of Project ArAGATS.
Posted by John at 7:19 AM