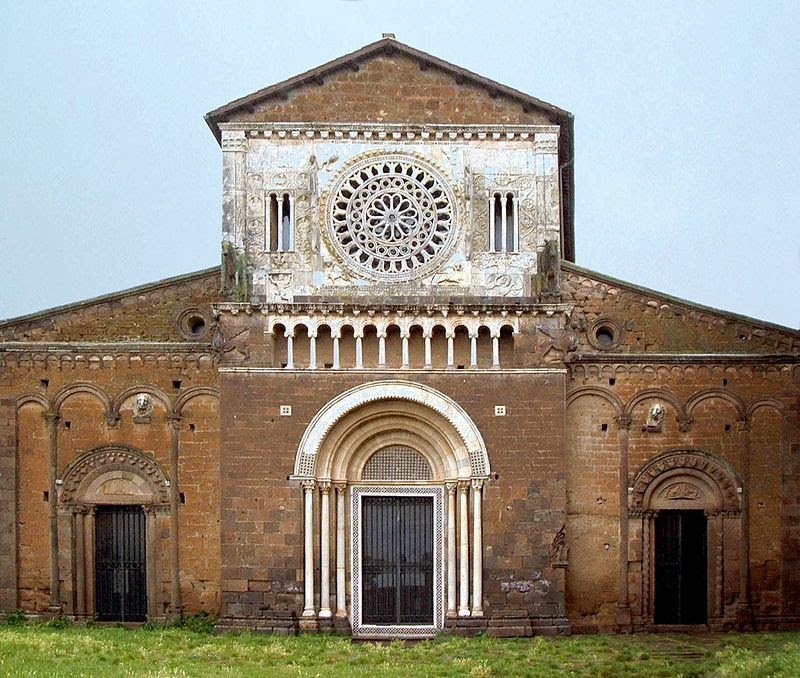 The town of Tuscania was a gift from Pope Hadrian to Charlemagne, and it used to be thought that this basilica was built not long afterward. That would have made it a pioneering work in the Romanesque style. But recent scholarship has pushed the construction later and later, first to the 11th century (which is the date you still see on most web sites), and now even later. These days they say only the crypt and part of the nave date to the 11th century, the most interesting parts are dated to the thirteenth. Which makes the style downright reactionary, but I still like it. This was the local cathedral until the sixteenth century, when it lost that status. 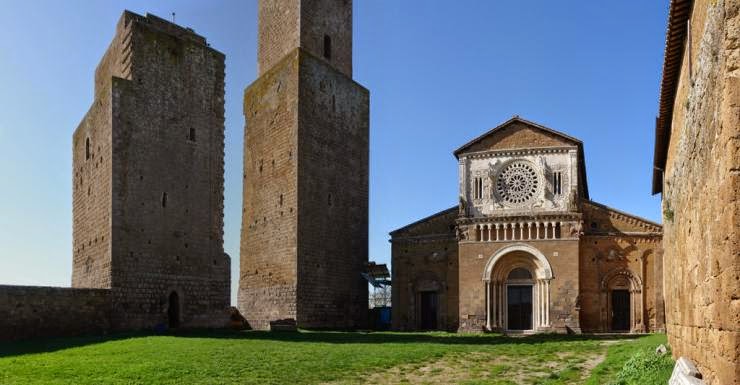 The town is a very ancient one, and the church was built on top of the Etruscan acropolis. The towers to the left of the church in this photo are the remains of the bishop's palace; must have been a rough neighborhood for the bishop to want such a fortress. 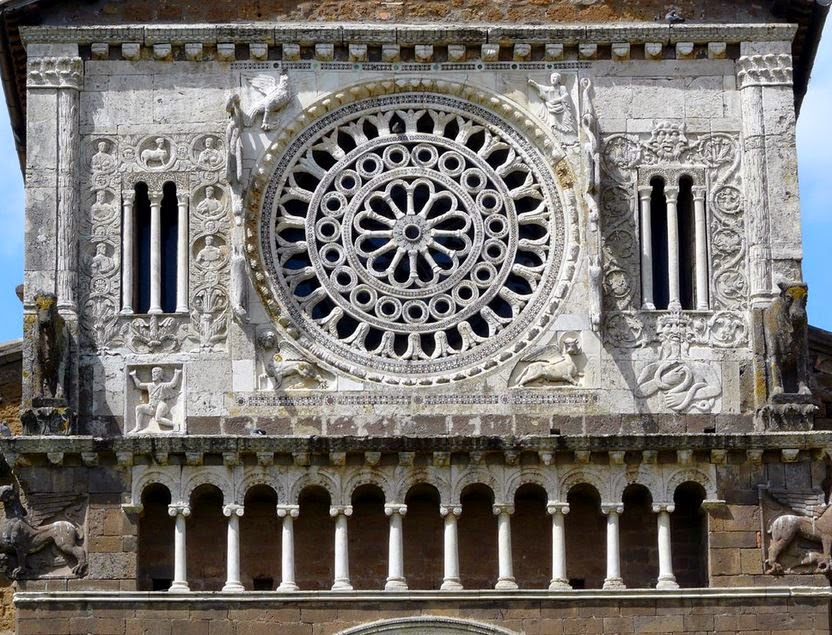 The most famous element of the church is the upper facade. 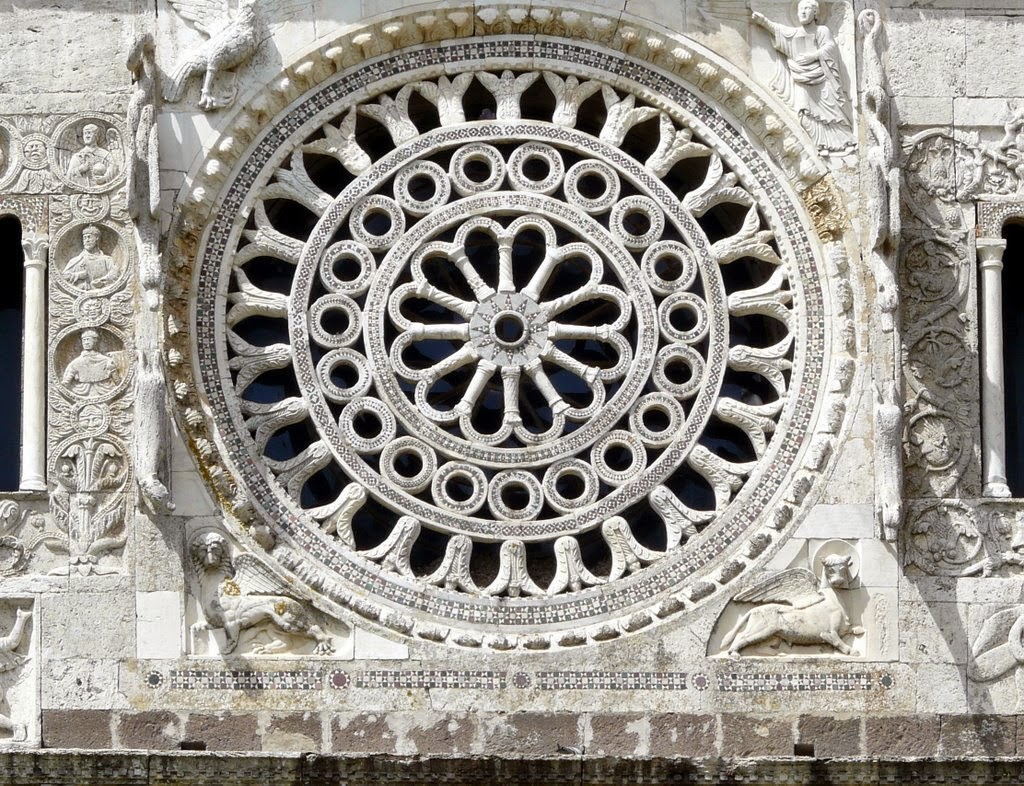 In the center is a spectacular wheel window, surrounded by the symbols of the four evangelists. 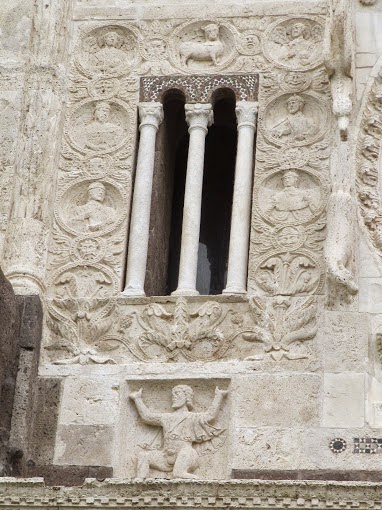 To the left is St. Peter holding up the church, with numerous other symbols of Christian goodness. 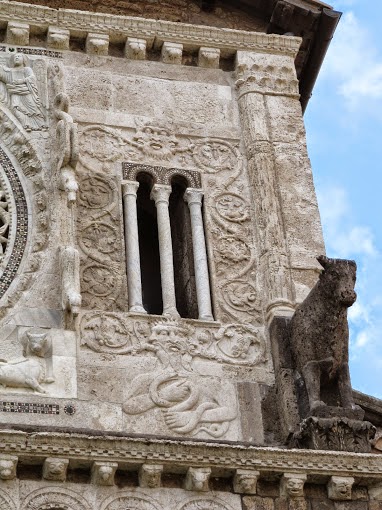 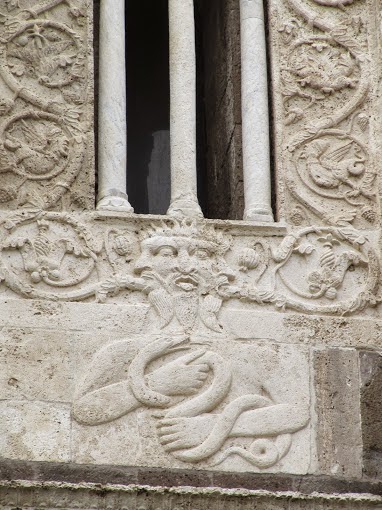 To the right is a wonderfully weird window generally held to represent evil; that may be King Midas beneath the window. 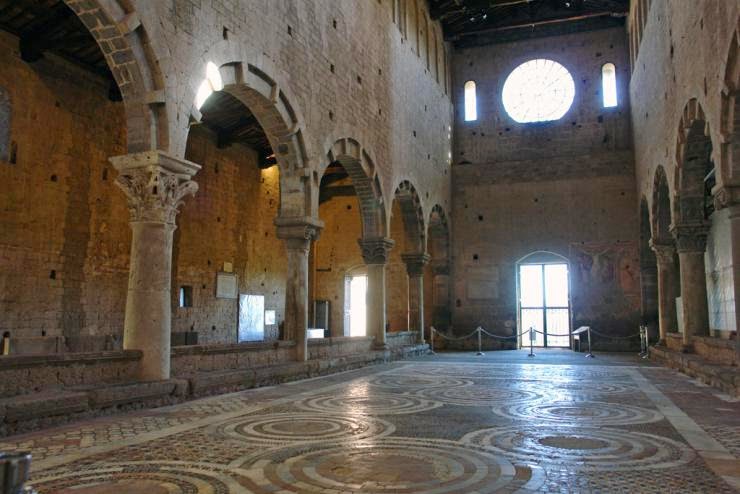 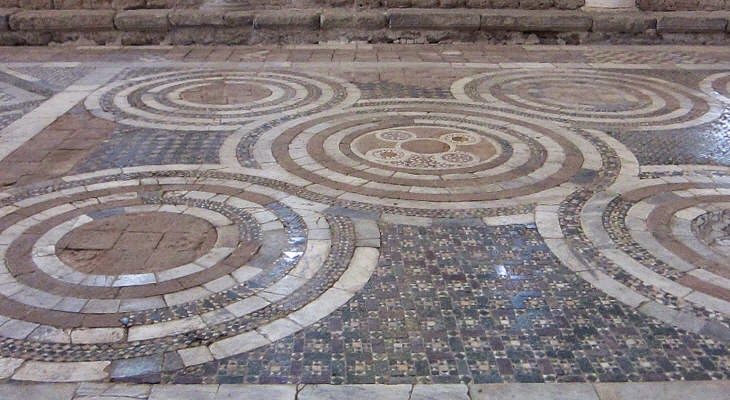 Interior, and a shot of the Cosmati pavement. The church has been damaged by numerous earthquakes, most recently in 1971, when most of the apse collapsed. It seems that other than the floor little interior decoration has survived. 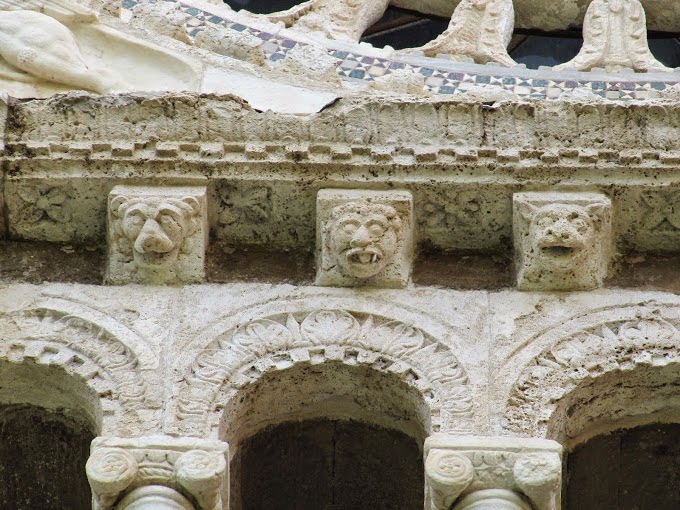 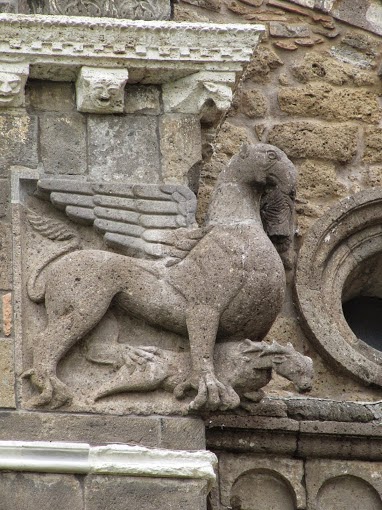 More details. Juliana Lees has an amazing set of photos.
Posted by John at 7:13 AM