Art, Protest, and War in Syria 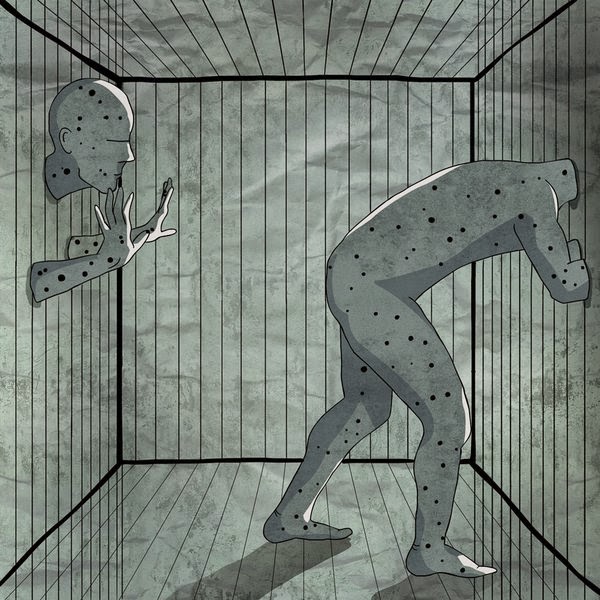 In the New York  Review, Robin Creswell takes a look at the Syrian protests of 2011 as they got going, before the situation decayed into a sectarian civil war. A collection of narratives, manifestos, and art works from that time has recently been published as Syria Speaks, and Creswell finds in it just the revolution westerners wanted to support: secular, democratic, opposed to all arbitrary authority. The strife between Sunnis and Shiites that now dominates the fighting in nowhere to be seen. Yet there is also a bleakness quite different from the defiant humor of Cairo's Tahrir Square: the humor is dark, more like jokes from Stalinist Poland, and from the beginning the protesters seemed to sense that they would have no easy success. These two works by Sulafa Hijazi seem to me to sum up the hopelessness of peaceful protest in that time and place. 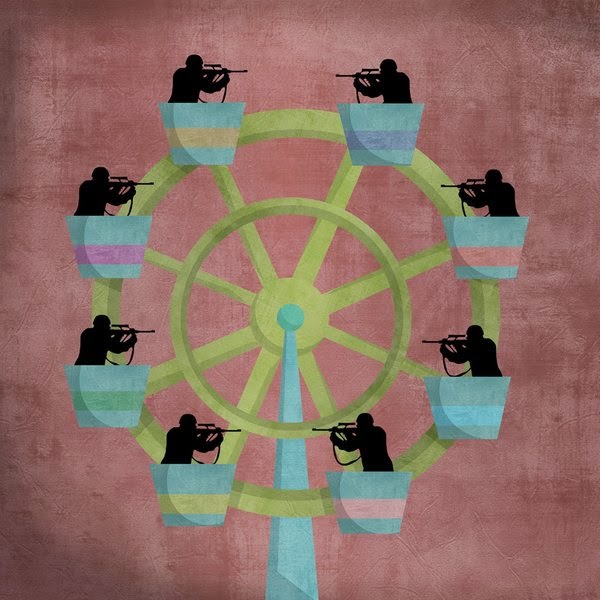 An awful government like Syria Baathist regime is a tragedy. They are devilishly hard to get rid of, and when they do fall, it often turns out that tyranny has poisoned the society and even the souls of the victims. In the case of Syria the regime has managed to create so much suspicion between different groups of it people that it is hard to imagine them coming together to create a new state.
Posted by John at 7:17 AM