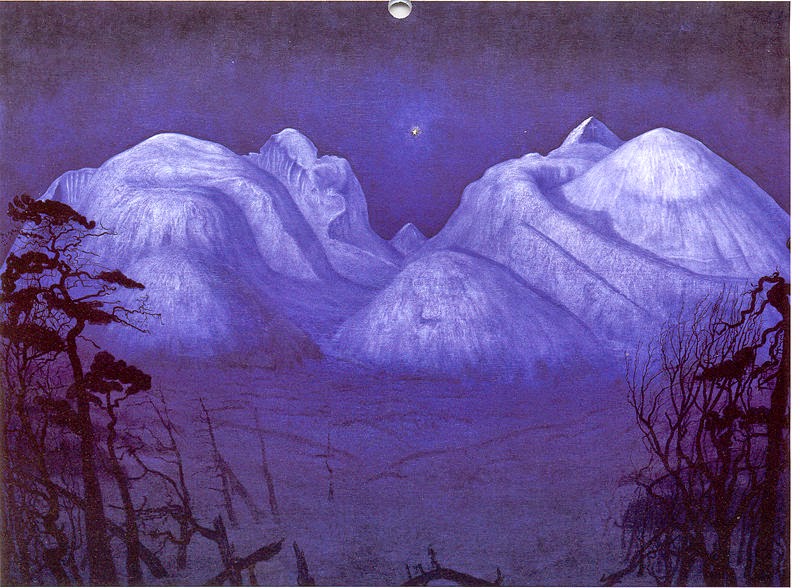 Harald Oskar Sohlberg (1869 – 1935) was a Norwegian painter generally described as "neo romantic." The painting above, Winter Night in Rondane, is his most famous, and in Norway it is one of the most famous and most reproduced of all Norwegian paintings. 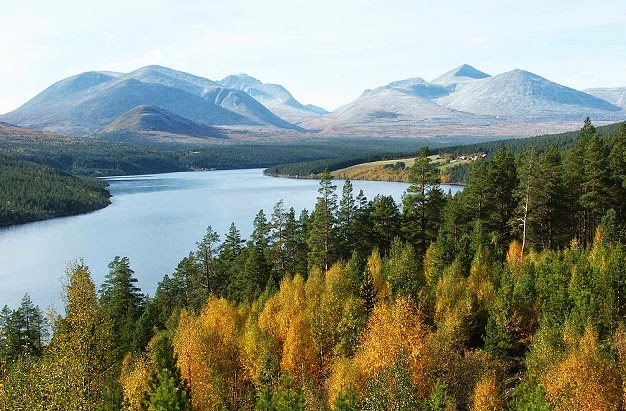 There is even a Sohlberg Platform from which you can behold the view that inspired the painting. 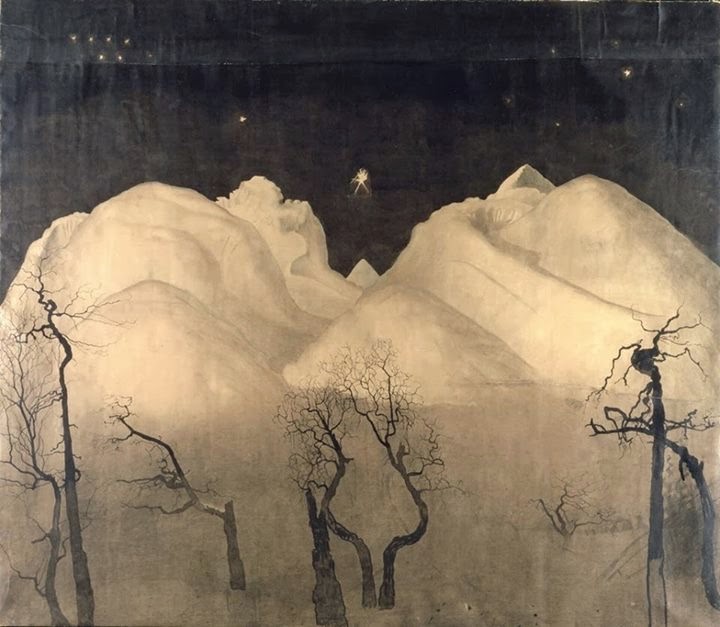 Sohlberg painted this view at three times; the famous one is the second. This, the third one, is the one that started me researching Sohlberg. Winter Night in the Mountains, 1921. Sohlberg was part of a little golden age of Norwegian culture, along with Edvard Munch, playwright Henrik Ibsen, and composer Edvard Grieg. But while those other three are well known in Europe and North America, Sohlberg is obscure outside his home country. The Norwegian government tried to rectify this a few years ago by organizing a traveling exhibit that paired Sohlberg and Munch under the theme "Landscapes of the Mind." Carol Strickland saw the exhibit and wrote that while both painters loved the Norwegian landscape and both were influenced by the Symbolists, they


Could not be more different. . . . Sohlberg's vision of nature's vastness makes you want to book the next fjord cruise, while Munch's seething shores might convince you to swear off beaches. 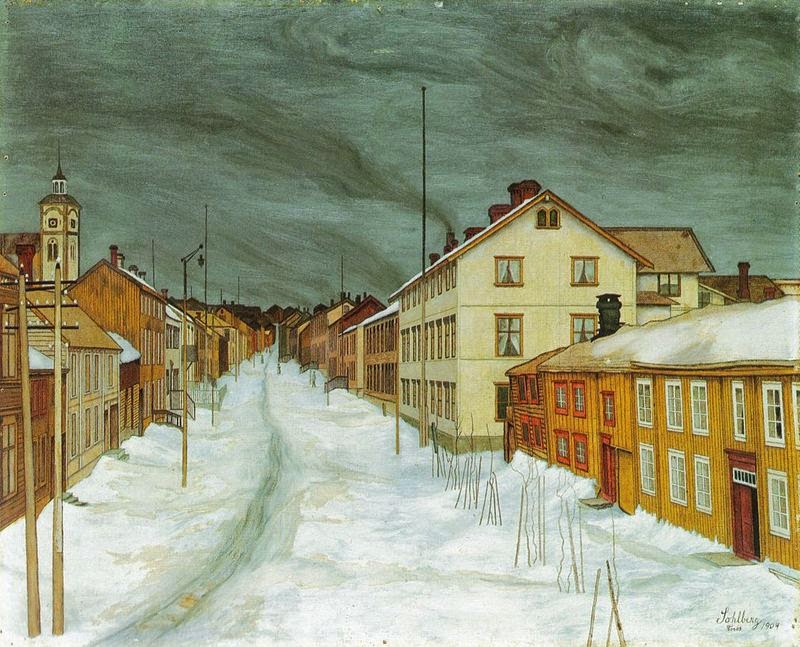 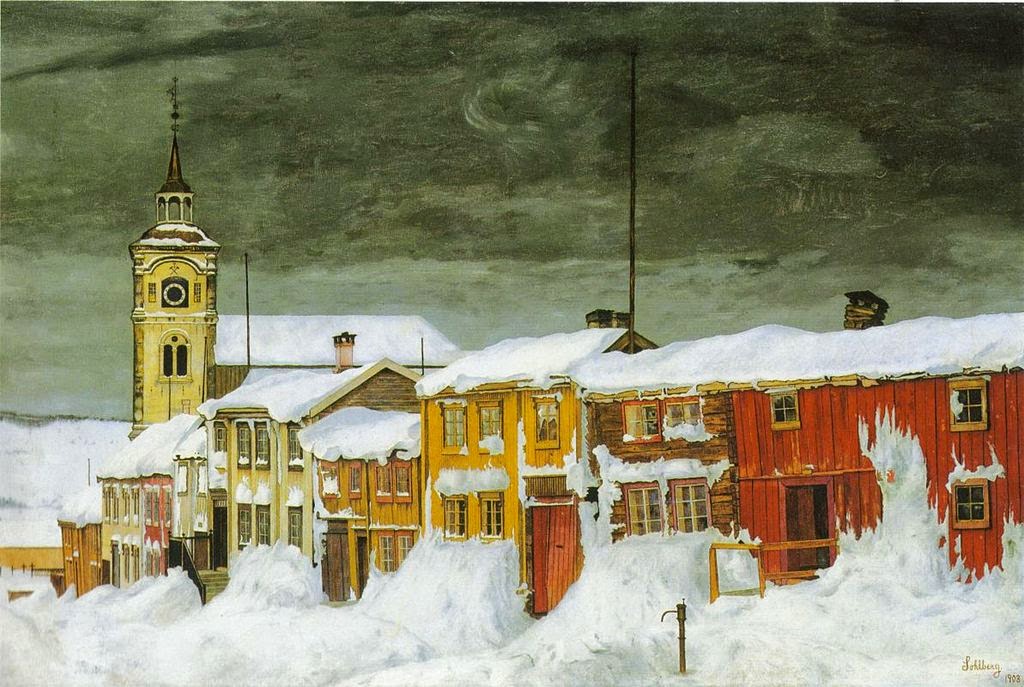 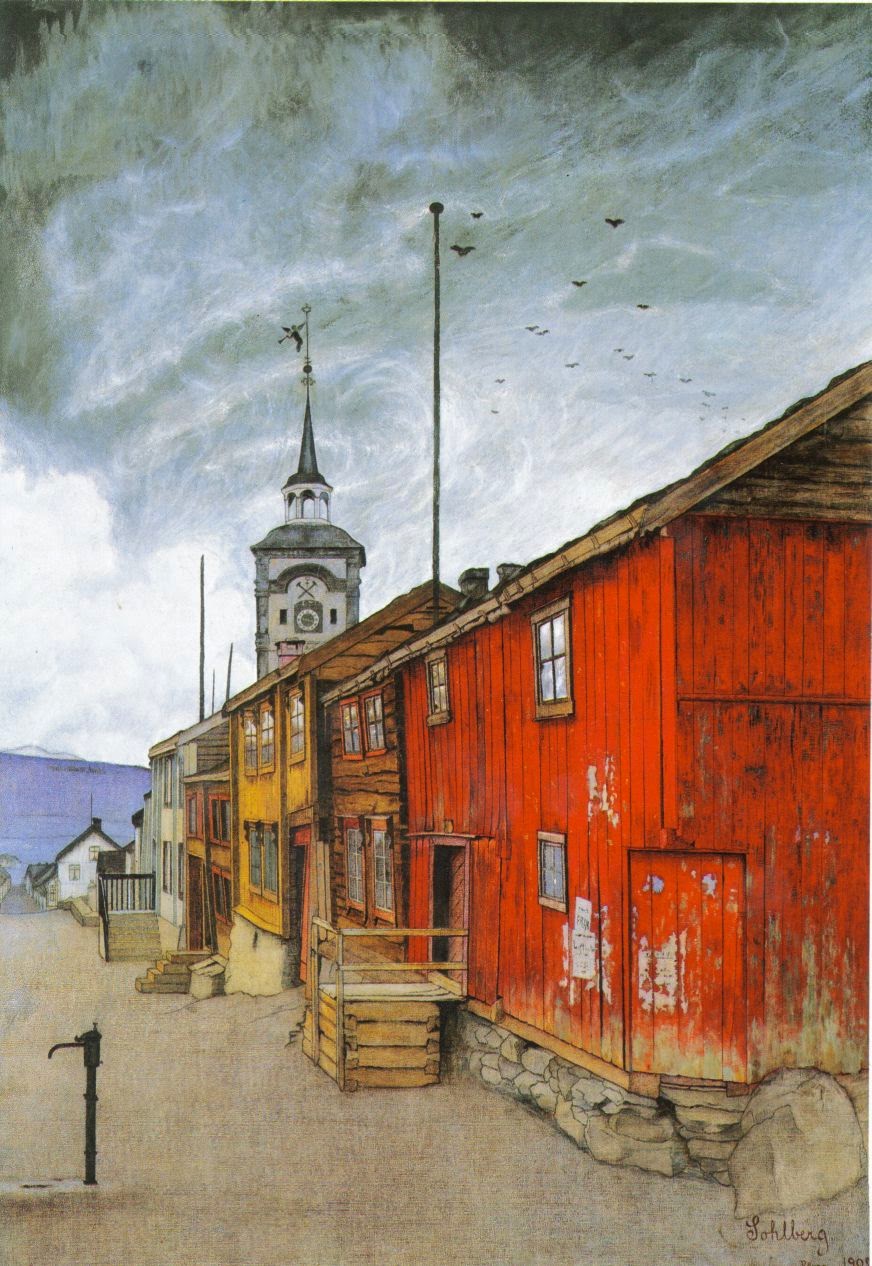 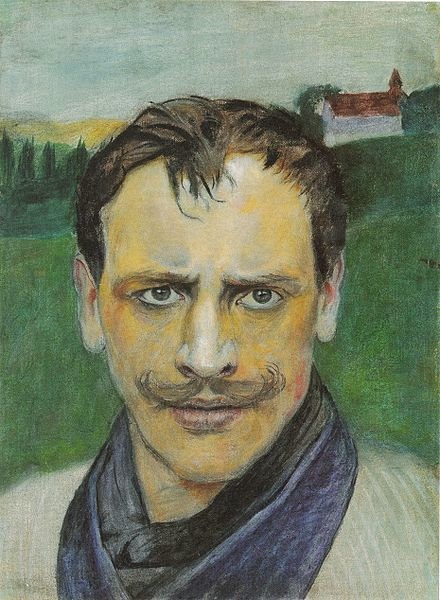 Self Portrait, 1896. Sohlberg was one of those artists who had to overcome objections by his parents to the career he wanted from an early age. His father, a fur merchant, thought art was ridiculously impractical and apprenticed his son to a cabinet maker. Fortunately for everyone a family friend who recognized Sohlberg's talent stepped in and persuaded the father to send his son to the Royal Institute of Art at 16. 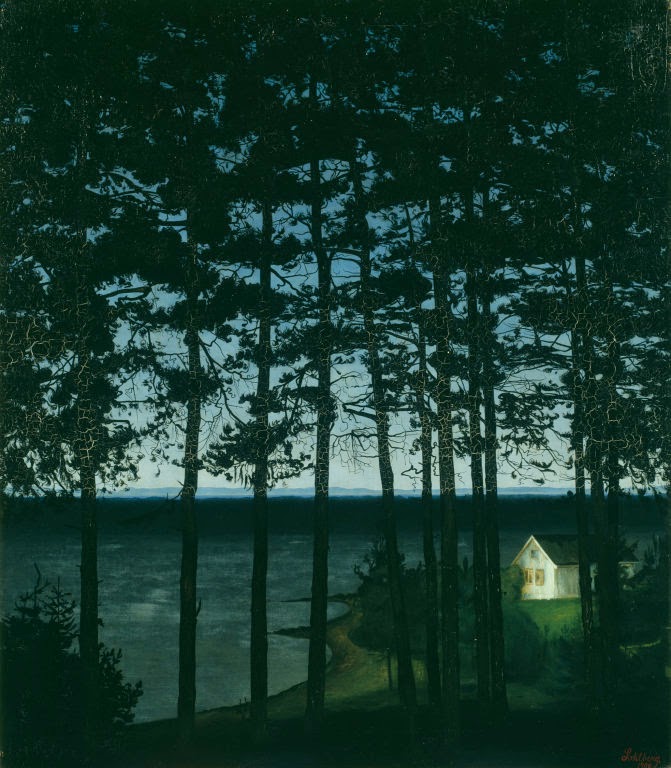 Fisherman's Cottage, 1906. This is in the Art Institute of Chicago. 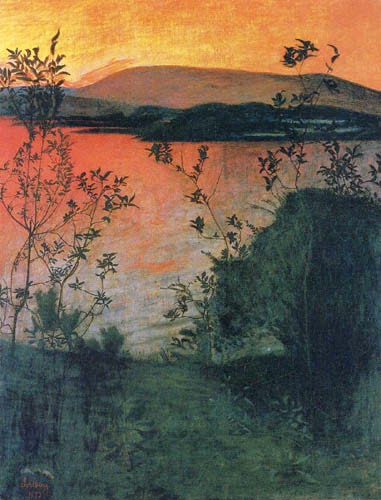 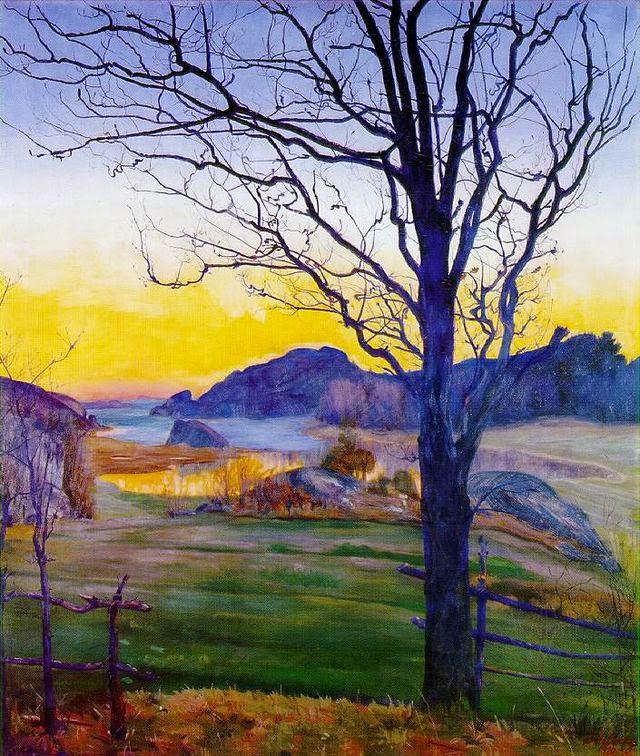 Autumn Landscape, 1910. This is the sort of work that leads critics to remark on Sohlberg's "mystic intensity." 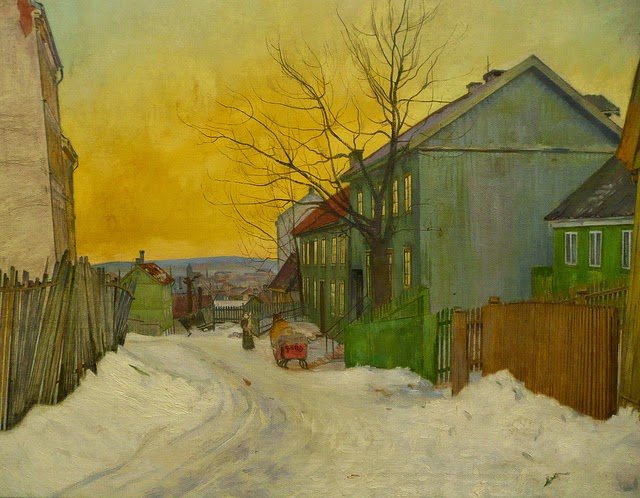 And a final painting that wikipedia chose to post without title or date.
Posted by John at 7:32 AM