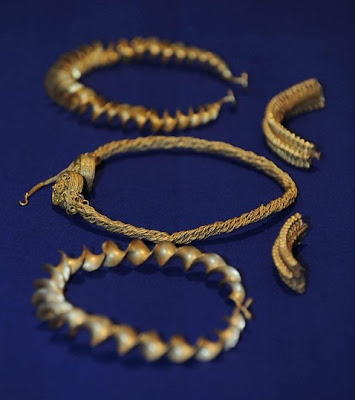 The National Museum of Scotland has acquired the four gold torcs found near Stirling by a metal detector enthusiast. They date to between 300 BC and AD 100. The braided torc (below) was probably made in southern France. The find was somewhat suprising, because archaeologists don't think central Scotland was a very wealthy place in the Iron Age. Perhaps it was richer than we thought, and the evidence has mostly disappeared under Edinburgh and Glasgow. 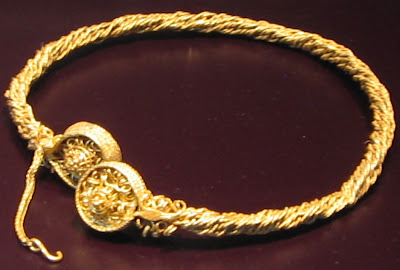