Hinduism and the Environment in Queens 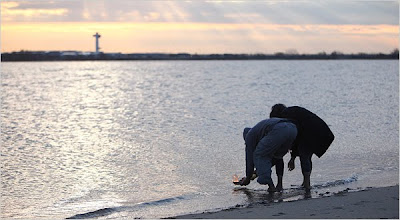 I am fascinated by this story about the clash between Hindus and Park Rangers in Jamaica Bay, Queens:

It was just after dawn last Sunday when a pair of pilgrims lighted incense on the shore and dropped two coconuts into the sacred waters, otherwise known as Jamaica Bay.

The shells bobbed in the surf, not far from clay bowls, rotting limes and waterlogged rags that had washed back ashore, flotsam from previous Hindu ceremonies to mark festivals, births, deaths and everything in between.

As the Hindu population has grown in Queens over the last decade, so too has the amount of ritual debris — clothing, statues, even cremation ashes — lining the banks of the bay in Gateway National Recreation Area.

“We call it the Ganges,” one pilgrim, Madan Padarat, said as he finished his prayers. “She takes away your sickness, your pain, your suffering.”

But to the park rangers who patrol the beach, the holy waters are a fragile habitat, the offerings are trash and the littered shores are a federal preserve that must be kept clean for picnickers, fishermen and kayakers. Unlike the Ganges, they say, the enclosed bay does not sweep the refuse away.

The result is a standoff between two camps that regard the site as sacrosanct for very different reasons, and have spent years in a quiet tug of war between ancient traditions and modern regulations. 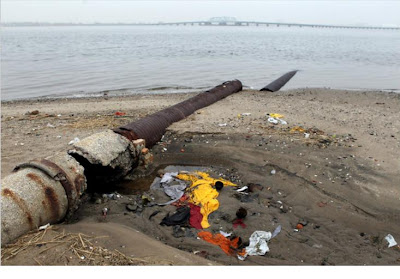