Down to the River 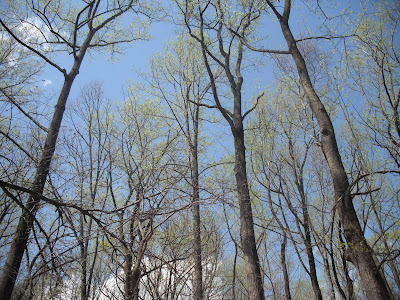 Ben, Clara, Coraline and I just took a walk down to the tadpole ponds by the Patapsco River on this glorious spring day. The leaves are just coming out in the woods, so the tops of the trees are tinted with green. 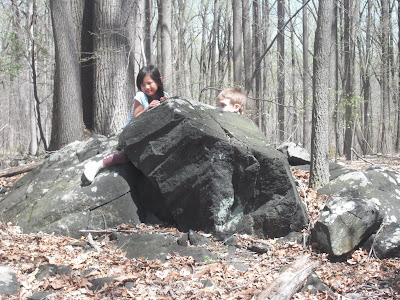 The kids were in a great mood and climbed all their usual climbing rocks. 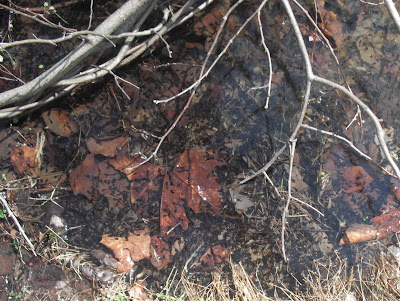 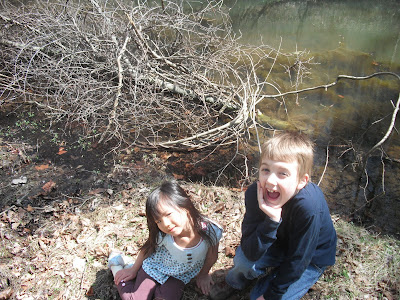 The tadpole ponds were swarming -- this wet, wet years has been good for frogs, at least. 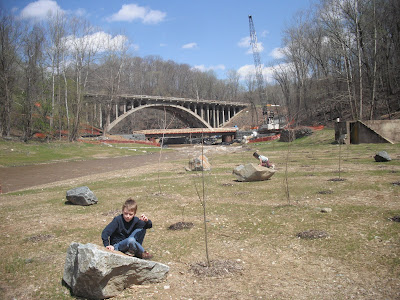 Then to the new "beach" along the river, where the dam used to be. The river was running high and fast after yesterday's storms, and when Coraline went into the water after some geese she got an alarmed look on her face and immediately struggled back to shore. The "beach" is strewn with these boulders, which are perfect for king of the hill games and the like. We found an old tennis ball at the water's edge and threw it for Coraline, but she remains an inferior fetch player; she wall chase the ball reliably, but she doesn't seem to understand that she has to bring it back. (The equipment in the background is for the rebuilding of the US 40 Bridge.) 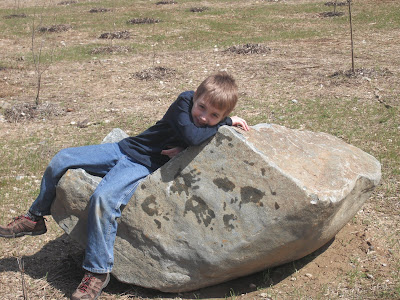 Ben liked this recliner rock so much that he tried to mark it with his handprints. He was quite surprised when they disappeared after just a minute or two. 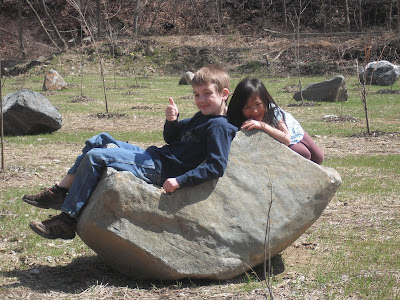 It was a great afternoon.
Posted by John at 3:30 PM