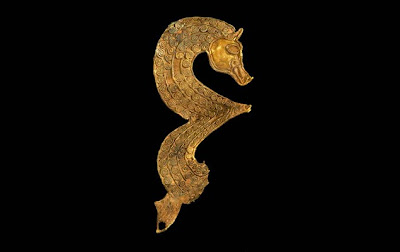 The amazing collection of Anglo-Saxon gold known as the Staffordshire Hoard has a new web site, which is very thorough and full of spectacular images. 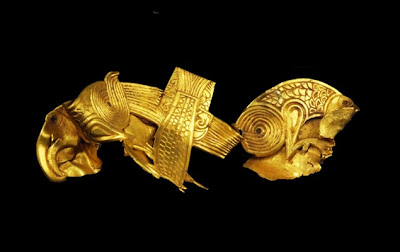 Archaeologists are still leaning toward the interpretation that this treasure was stripped from the bodies of an army defeated in a major battle, and they offer this quotation from Beowulf:

One warrior stripped the other, looted Ongentheow’s iron mail-coat, his hard sword-hilt, his helmet too, and carried graith to King Hygelac; he accepted the prize, promised fairly that reward would come, and kept his word. They let the ground keep that ancestral treasure, gold under gravel, gone to earth, as useless to men now as it ever was. 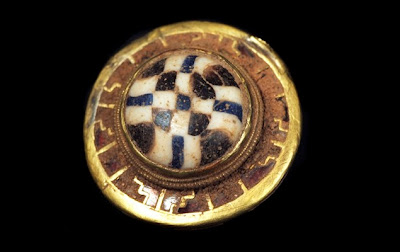