Twelfth-Century Pulpit at the Basilica of Orta San Guilio

The basilica is located on a small island in Lake Orta, in the Italian Piedmont. It's foundations date back to Roman times. The ancient church was severely damaged in a siege of the island by Emperor Otto I in 962, and it was rebuilt in the twelfth century. 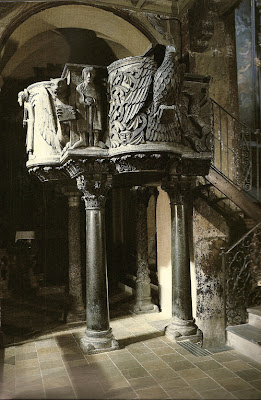 It great glory now is its intact twelfth-century pulpit, carved from local serpentine. 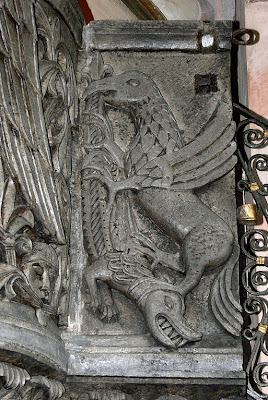 Besides the symbls of the four evangelists, the pulpit has numerous other figures, including a crocodile and a griffin locked in combat. 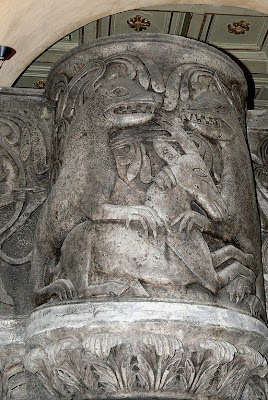 And these two whatever they ares, killing a deer. 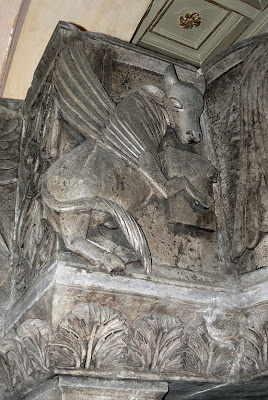 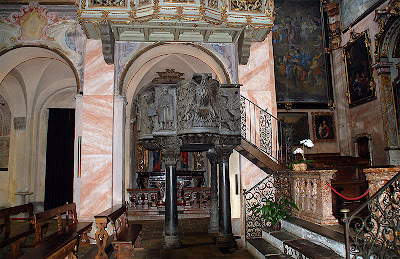 I am not sure that I would recommend seeking out the basilica in person, because, as you can see from this photo, the interior was redecorated in the 18th century at the height of twee mannerism, which must be rather jarring.
Posted by John at 3:41 PM