The Archimedes of Sienna: Mariano Taccola 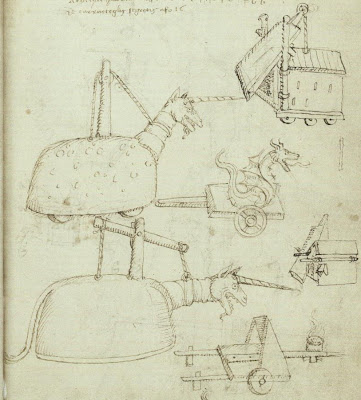 Mariano di Jacopo (1382-1453), alias Mariano Taccola ("Crow"), was an Italian engineer and a forerunner of Leonardo da Vinci in many ways. Some of his contemporaries called him the Archimedes of Sienna. His fame rests on two collections of his drawings and plans, known as De Ingensis, and De Machinis. You can see that dreaming about new machines of war and peace, some of them wildly impractical, was a pastime for other Italians before Leonardo came along. Di Jacopo was a sculptor, a notary, and a city official for most of his career; he did not start publishing these designs until he was around 50. Most of these images are from BibliOdyssey. 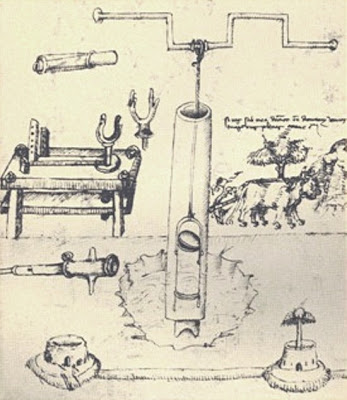 
At one time or another he has been credited with the invention of the explosive undermining of city walls, the suction pump, underwater breathing apparatus, the box-caisson method for building bridges, water mains and sluice gates, and vertically axled windmills and watermills. Taccola's importance was encyclopedic account of contemporary machine practice. Two ideas of great importance first appeared in Taccola's manuscripts: the chain transmission system and the compound crank with connecting rod. By the latter, rotary motion could be converted to reciprocal motion, a technical concept that has been considered crucial for the postmedieval development of Western technology.

That's his drawing of a piston pump above, the first surviving rendering, although Taccola certainly did not invent it. 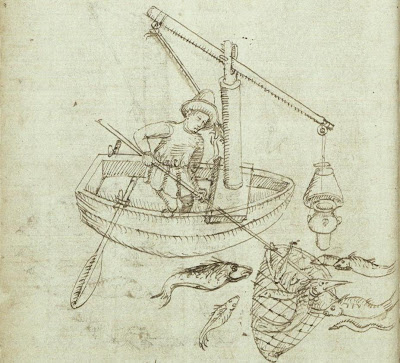 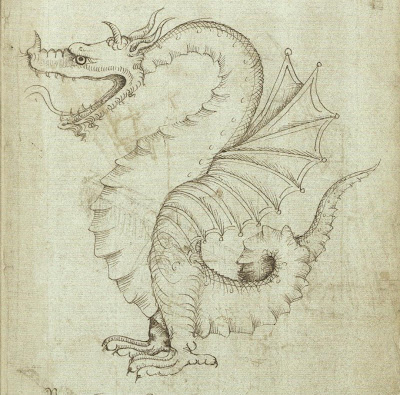 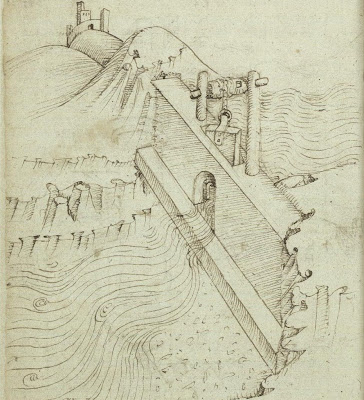 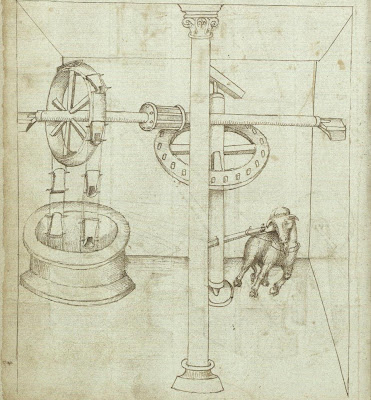 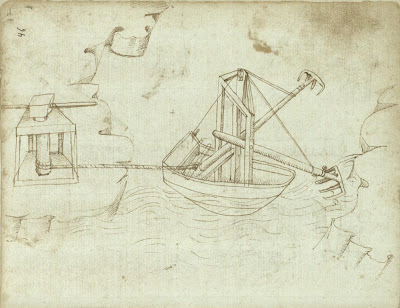 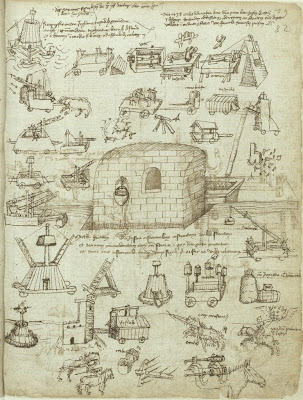 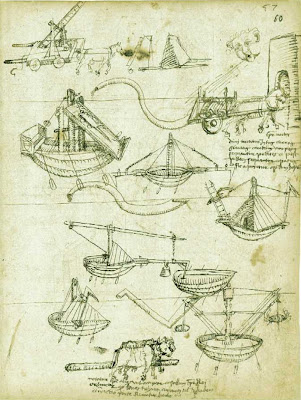